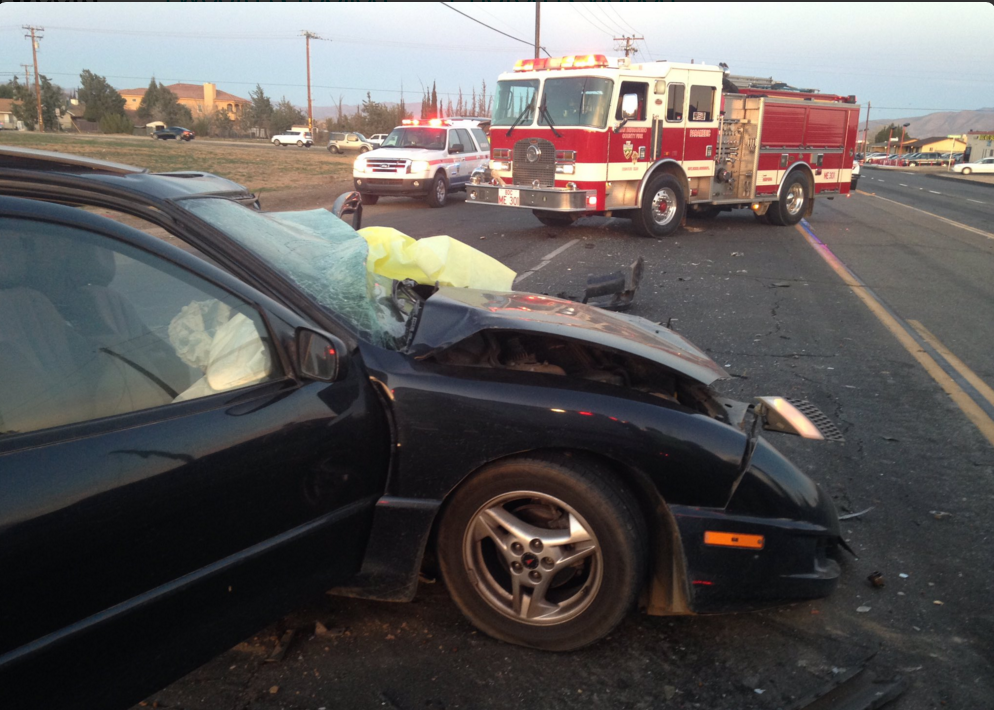 When deputies and medical aid arrived on scene they found a black Pontiac sedan, a green Ford SUV and a white Chevy truck.

The badly mangled Pontiac trapped a woman for just over 15 minutes when she was extricated by San Bernardino County paramedics. The badly injured woman was transported to the Hesperia Airport where she was then airlifted to Arrowhead Regional Medical Center.

A witness reported that the Ford SUV was driving eastbound on Main Street when for unknown reasons the vehicle veered into westbound lanes causing it to collide head-on with the Pontiac. The Pontiac was pushed from the #1 (fast) lane, into the #2 (slow) lane where the Chevy truck slammed into the vehicle.

All westbound lanes of Main Street were closed from Oakwood Drive for over an hour as vehicles and debris was cleared from the scene. No other injuries were reported as a result of the collision.