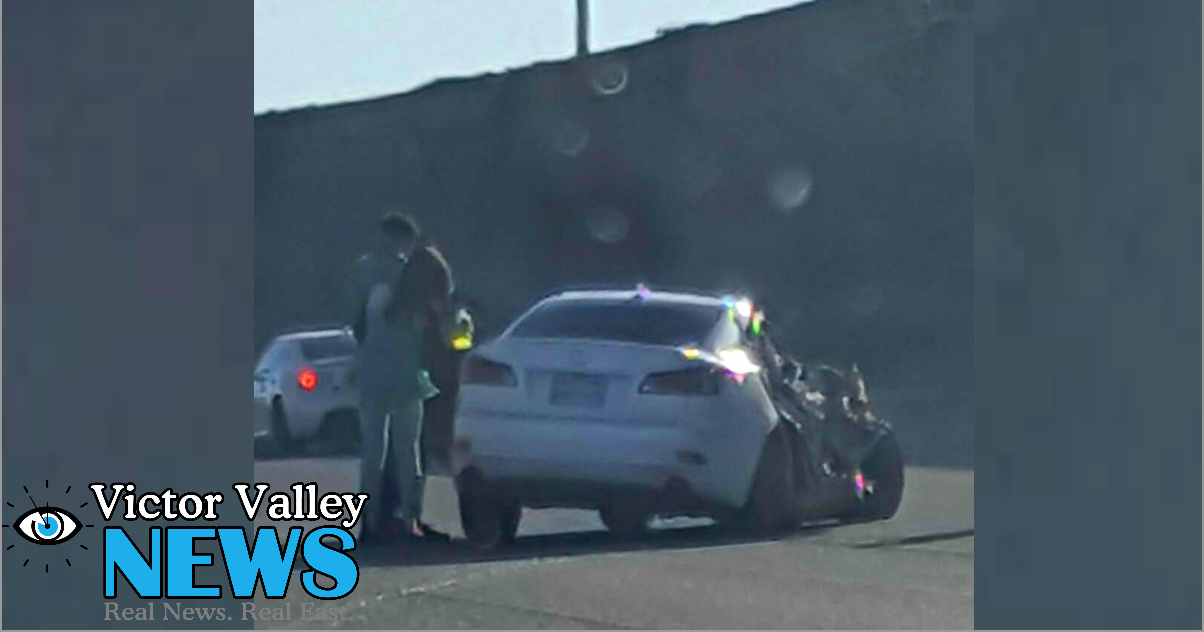 VICTORVILLE, CA:(VVNG.com)– A woman required extrication from a vehicle after colliding with a semi Tuesday evening.

At 4:50 p.m. officers from the California Highway Patrol responded to the crash on the southbound I-15 south of D Street in Victorville.

Jagpreet Randhawa, 23, a resident of Apple Valley entered the freeway at the D street onramp in a 2011 white Lexus IS250. Jose Sanchez was traveling southbound in the #3 lane, driving a 2011 Volvo tractor trailer combination.

According to CHP officer Robert Grieve’s, “the driver of the Lexus began to change lanes to his left when the front end of the Lexus struck the rear D.O.T. bumper of the Volvo’s trailer. The Lexus continued out of control across all lanes of traffic, where it struck the center median wall, rebounded and struck the driver side of the tractor-trailer again.”

The right front passenger in the Lexus, Sylvia Cordero, 38, of Adelanto, sustained minor injuries in the collision but had to be extricated from the vehicle by Fire officials. Cordero was transported by ground ambulance to Victor Valley Hospital and then airlifted to Loma Linda University Medical Center, due to the mechanism of injury.

The #4 lane was closed for approximately 30 minutes for extrication and cleanup efforts.

Drugs or alcohol are not considered to be a factor in the collision at this time. Speeds of both vehicles were not excessive, but are still under investigation.

The collision is still under investigation by the Victorville CHP.