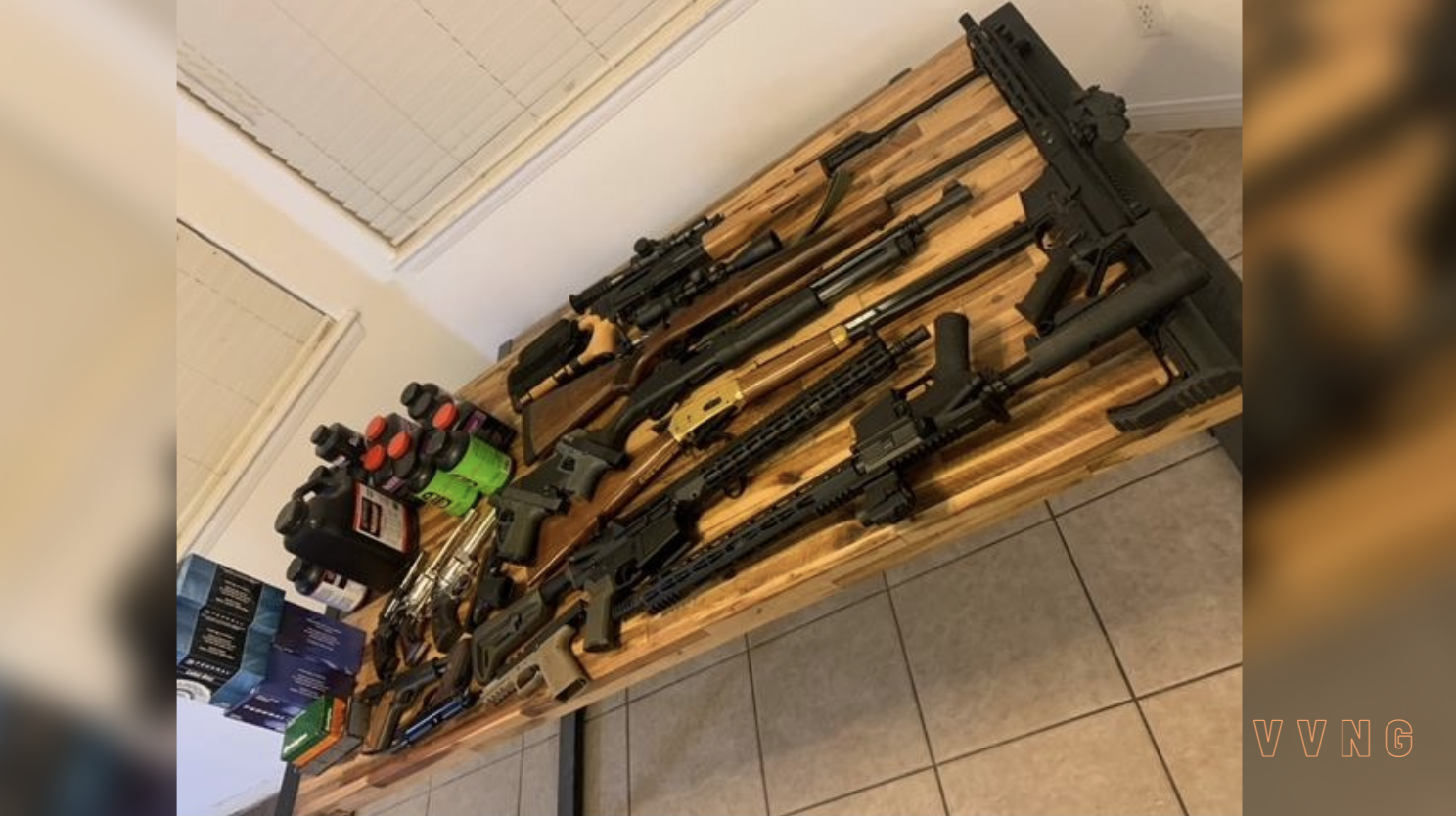 APPLE VALLEY, Calif. (VVNG.com) — A woman called 911 after a man armed with a weapon stopped her vehicle and ordered her to get out for questioning, officials said.

The caller stated the suspect, later identified as 28-year-old Jason Kim questioned the driver as to why she was near his property and then let her go.

Kim was detained without further incident and a search warrant was authored for his residence. Authorities said 16 guns, black powder, primers, and live ammunition were seized. Kim was arrested and booked at High Desert Detention Center. He is currently being held in lieu of $275,000.00 bail.

The investigation is ongoing and anyone with information is asked to contact Deputy Scutella, at Victor Valley Sheriff’s Station 760-552-6800. Callers can remain anonymous and contact We-Tip at 800-78CRIME or www.wetip.com.