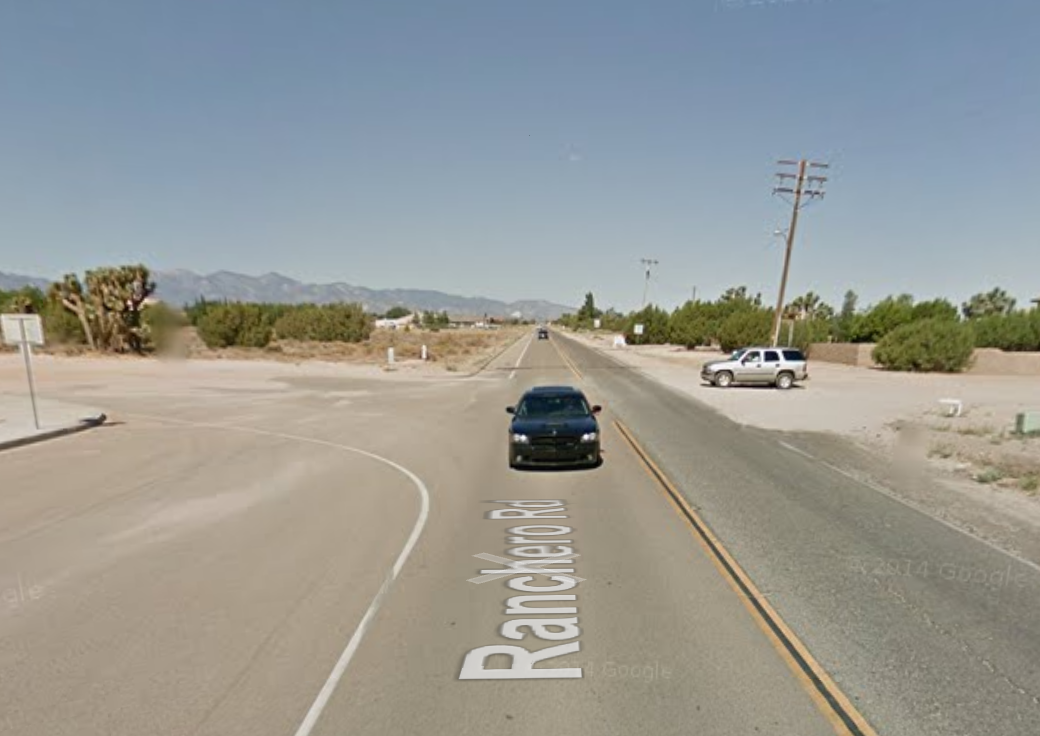 HESPERIA:(VVNG.com)- On September 14, 2014 at about 8:45 p.m. Deputies from the Hesperia Station and rescue personnel from the San Bernardino County Fire Department responded to a reported three vehicle traffic collision at the intersection of Ranchero Rroad and Topaz Avenue in Hesperia. Upon arrival the deputies determined that two westbound Ranchero Rd. vehicles had collided and as a result of that impact, one of the vehicles entered the eastbound lanes of traffic causing a head on collision. The solo occupant female driver was pronounced deceased at the scene.

Mait Investigators are continuing the investigation into the collision and the name of the victim is pending notification of next of kin. MAIT investigators are attempting to locate the uninvolved vehicle that had been making the left turn just prior to the collision which is described as a white van style vehicle. Ranchero Road was closed in both directions between Escondido Avenue and Maple Avenue until 4:00 a.m., on Monday while the MAIT investigators processed the scene for evidence and cleared the blocked roadway.

Alcohol does not appear to be a factor in the collision, but toxicology testing will be done on all involved parties.

Anyone with information or anyone who may have witnessed the collision is asked to contact Deputy Scott LaFond or Sergeant Doug Hubbard from the Hesperia Station.