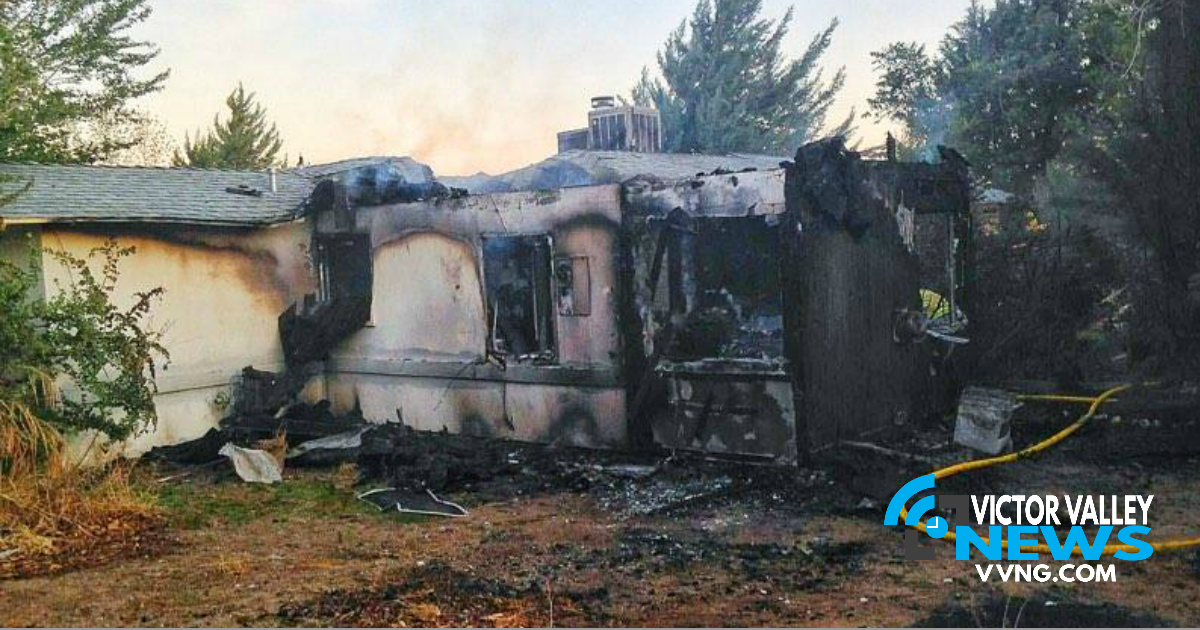 LUCERNE VALLEY, Calif. (VVNG.com)- Authorities just announced the arrest of Donald Wayne Jenman, 68, for the murder of his wife following a house fire.

According to a previous press release, Firefighters made entry into the house to find hoarder conditions which both contributed to the spread of the blaze and slowed their progression toward the seat of the fire.

During the attack, the roof collapsed over the suspected room of origin. It took just over thirty minutes to bring the fire under control.

While conducting a search for victims, the body of 56-year-old Lynda Cestone was discovered in a bedroom which was the suspected room in which the fire began.

The husband Donald Jenman who was initially found outside of the residence was treated for smoke inhalation, burns, and flown to a regional burn center for definitive treatment of his injuries.

Additionally, one dozen cats had been located deceased inside the structure, though firefighters expected that number to climb as overhaul efforts continued through all of the debris inside the residence.

Investigators from the San Bernardino County Sheriff’s Department Bomb Arson Detail were contacted and responded to the location.

Investigators learned during their investigation that in 2010, Lynda suffered a stroke. As a result of the stroke, Lynda was paralyzed and bedridden. During the fire, Donald suffered minor burns and was transported by Mercy Air to Arrowhead Regional Medical Center.

On Friday, January 13, 2017, at the conclusion of the Death Investigation, Donald Wayne Jenman was arrested, transported and booked into the West Valley Detention Center for PC 187(a) Murder. Jenman is being held on $1,000.000.00 bail and is scheduled for court on January 18, 2017.

Anyone with information is urged to contact Detective Mike Cleary or Sergeant Greg Myler of the Specialized Investigations Division, Homicide Detail (909) 387-3589. Callers wishing to remain anonymous are urged to call the We-Tip Hotline at 1-800-78-CRIME (27463) or the We-Tip website at www.wetip.com