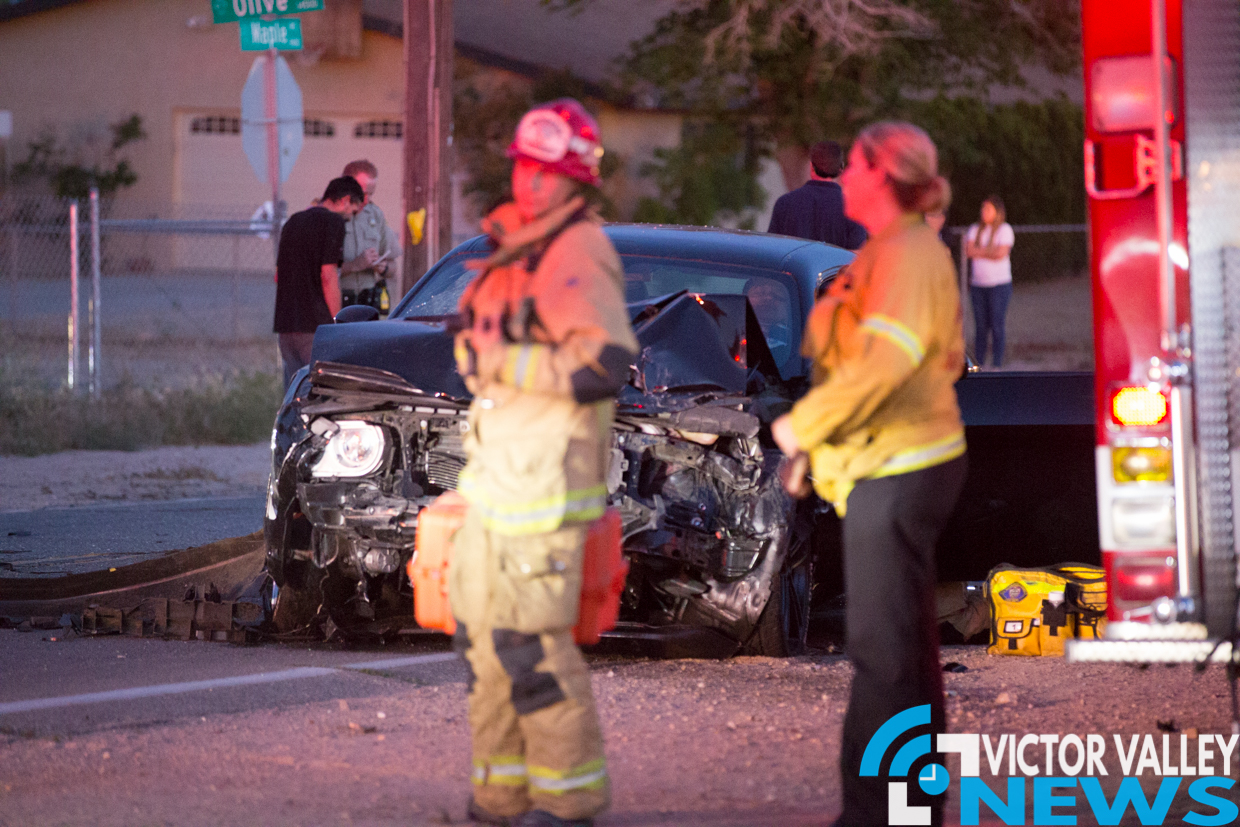 HESPERIA, Calif. (VVNG.com) A woman in her 40’s died after being involved in a two-vehicle traffic collision Thursday night.

The accident was reported around 7:44 p.m at the intersection of Maple Avenue and Olive Street in Hesperia.

“My brother checked on one of the drivers. Unfortunately, she was unresponsive and had a low pulse,” Stacie Miller posted in the Victor Valley News group.

The female was extricated and transported to Desert Valley Hospital where she later died from her injuries, stated Deputy Eric Getts with the Hesperia Sheriff’s station.

The male driver of the Challenger was transferred to Arrowhead Regional Center with a fractured leg.

According to initial reports, the Honda had been traveling westbound on Olive Street and entered the intersection. The Challenger was traveling northbound on Maple Avenue.

“The Honda pulled out in front of the Challenger and got broadsided,” stated Getts. “The female driving the Honda was immediately unresponsive, there was no pulse detected.”

A hard road closure was requested to block off the area of Maple and Olive Street while the Major Accident Investigation Team processes the scene.

The Challenger sustained major front-end damage and the Honda sustained the majority of the damage to the driver side door.

The cause of the accident is currently under investigation at this time. 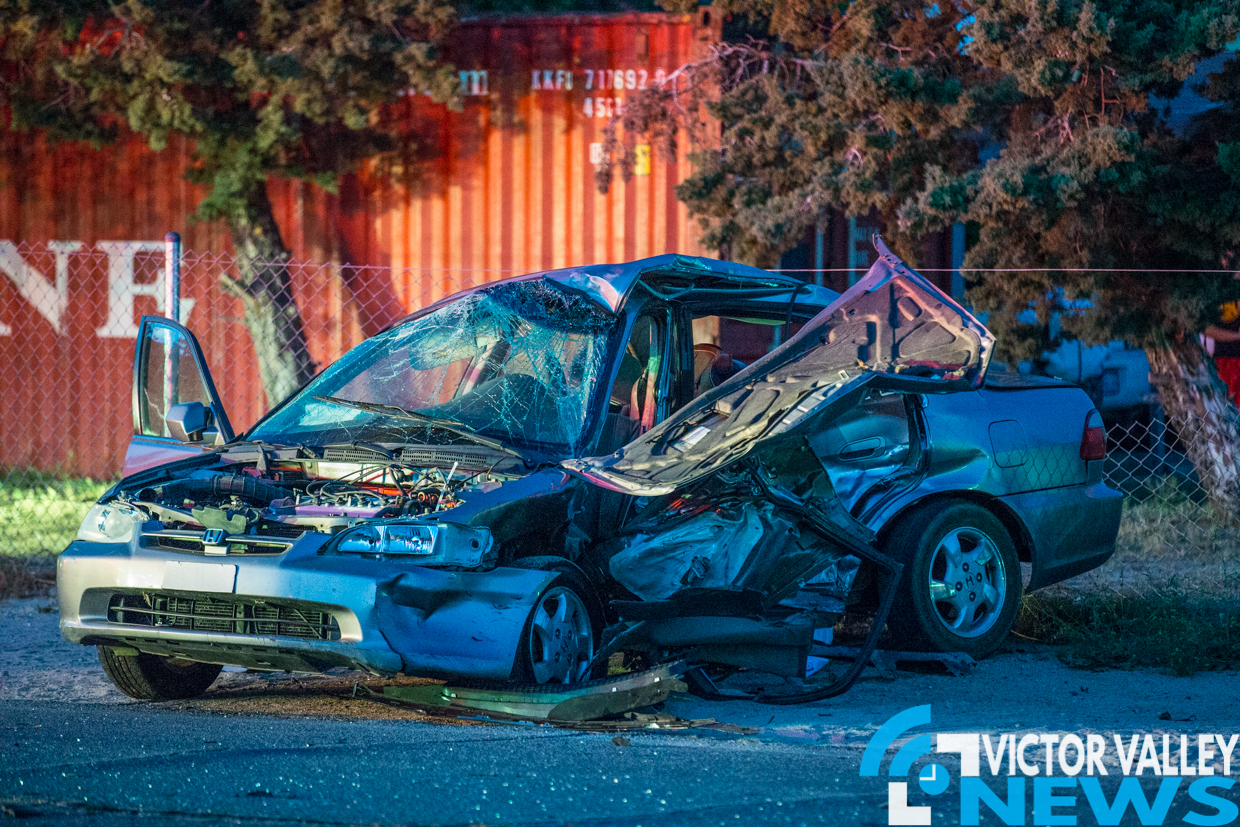 The female driver was transported to Desert Valley Hospital where she succumbed to her injuries. (Gabriel D. Espinoza, Victor Valley News) 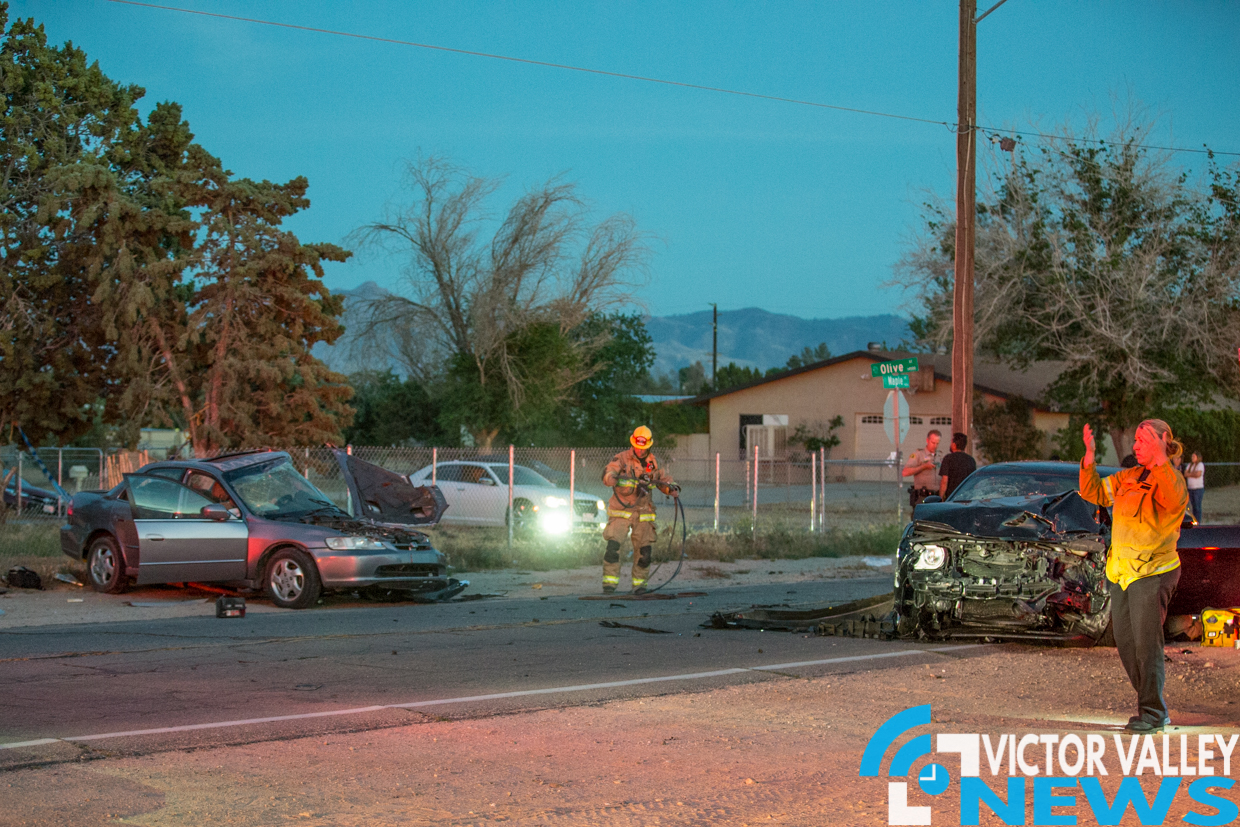 A female driver of the Honda sustained fatal injuries while the driver of the Challenger was taken to a trauma center. (Gabriel D. Espinoza, Victor Valley News)