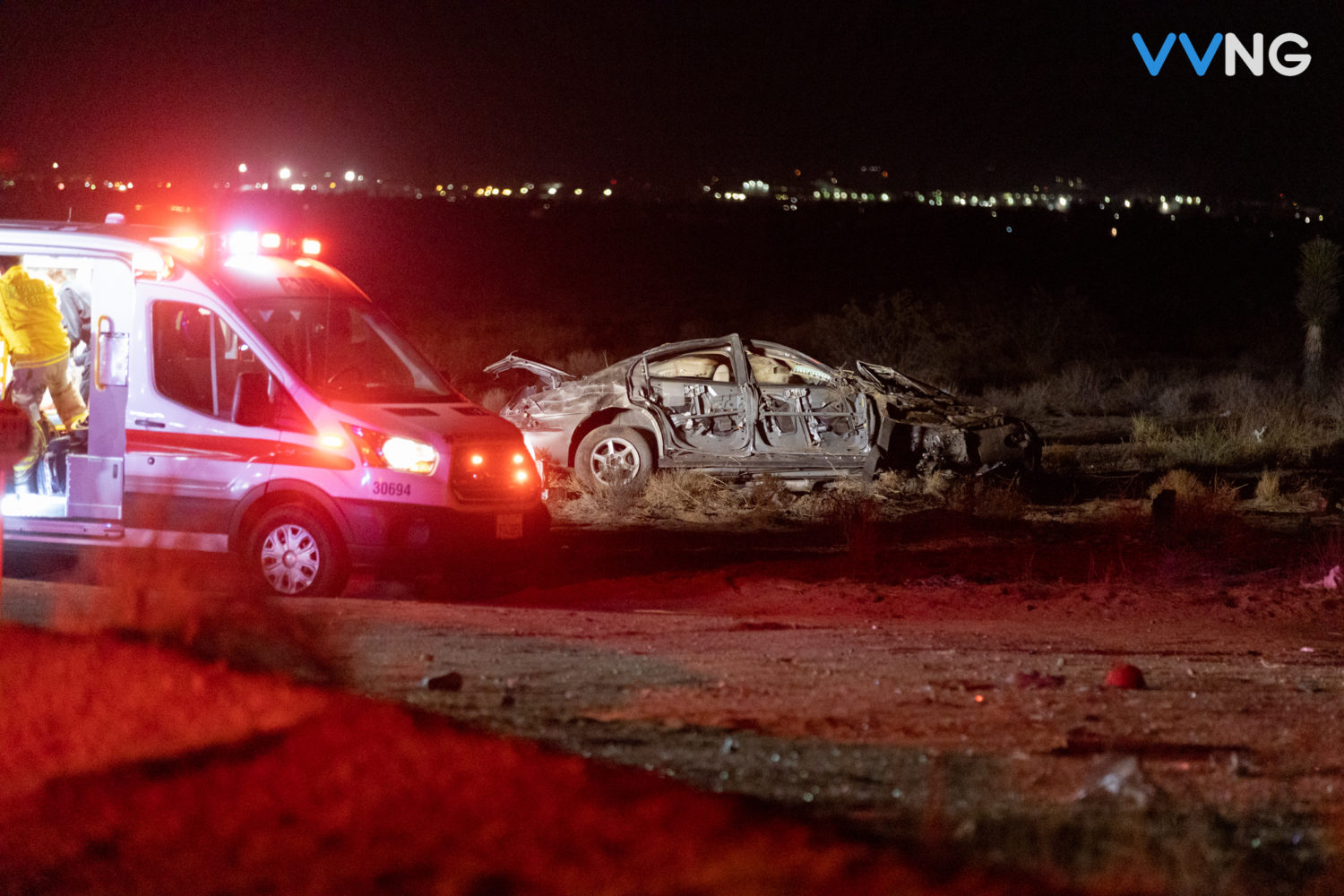 It happened at about 9:12 pm, on July 3rd in the area of Monte Vista and Saratoga Roads in Victorville. Emergency personnel arrived on scene and located a 2001 Oldsmobile sedan with major damage in the desert.

The female driver and sole occupant of the vehicle suffered major injuries and was transported to a local hospital where she succumbed to her injuries. Victorville City firefighters initially requested a helicopter to land at the scene, however, the Mercy Air helicopter was canceled.

Deputies with the Victorville Sheriff’s Station Major Accident Investigation Team (MAIT) responded to the scene and assumed the investigation.

“During the investigation, deputies determined, the vehicle was northbound on Monte Vista Road and for unknown reasons, left the roadway, which caused the vehicle to roll over,” stated a sheriff’s news release.

Monte Vista Road, between Bear Valley Road and Luna Road, was closed for several hours during the investigation and reopened around 4:00 a.m.

The woman’s identity was not released and the cause of the collision is still under investigation.

3 injured in crash on SR-18 in Lucerne Valley