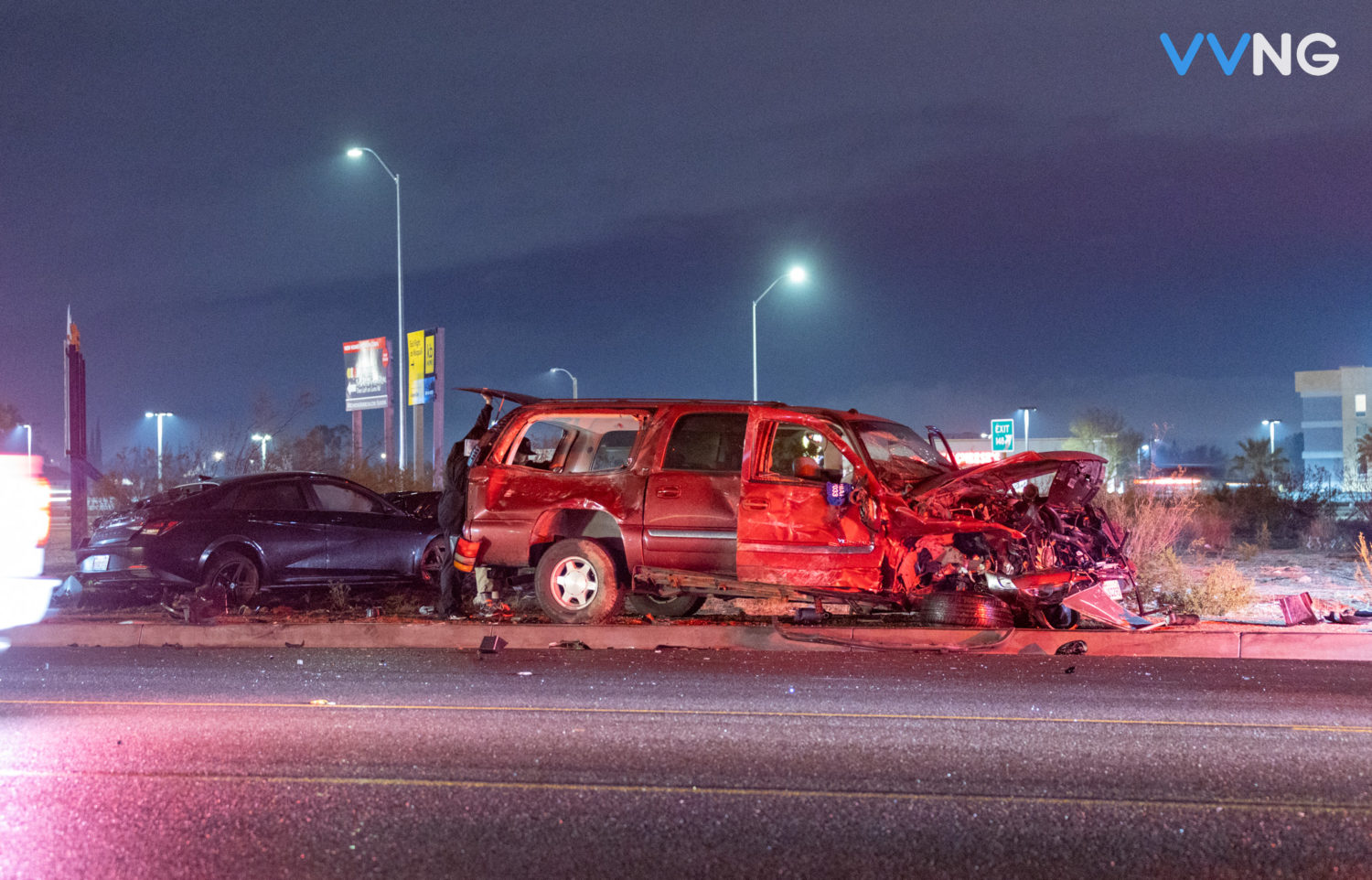 The collision involved two vehicles, a 2004 GMC Yukon and a black 2021 Hyundai Elantra, which both vehicles sustained major damage.

The Victorville Fire Department responded and located one person trapped with major injuries. A second person sustained moderate injuries. It took approximately 20 minutes for firefighters to free the trapped occupant.

A medical helicopter was requested to transport the critically injured person to a trauma center, however, due to poor visibility and rain, two helicopters in the immediate area were unable to assist.