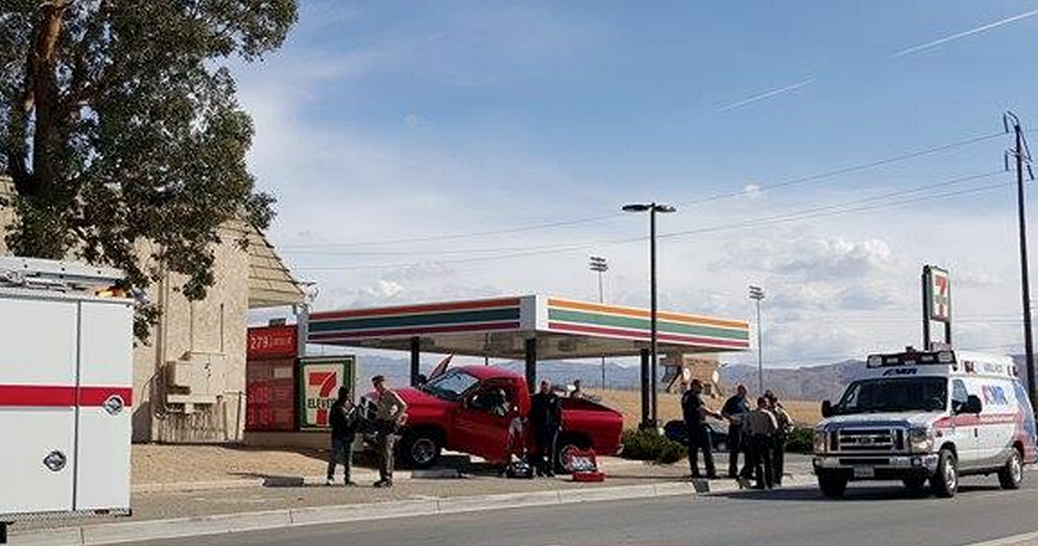 APPLE VALLEY:(VVNG.com)- At about 2:20 P.M., on Monday, October 19, 2015 dispatch received a report of single vehicle accident near the intersection of Bear Valley Road and Navajo in Apple Valley.

Per scanner traffic, the female possibly passed out while driving in her truck and crashed into a 7-Eleven sign. No other vehicles were involved in the collision.

The vehicle involved in the crash is a red Dodge Ram. At this time the extent of the woman’s injuries are unknown and no other injuries have been reported.

According to witnesses, the woman was driving eastbound on Bear Valley Road just prior to the crash.

“I seen the woman go through the light and hit the 7-Eleven sign. She wasn’t going fast at all”, stated witness Vanessa Withlock. “Firefighters and paramedics checked her out and they left the scene but they didn’t transport her”.

“My husband rushed over to give her CPR, her lips were turning blue, as I was on the cell w/911 she came to & was responsive. She’s standing & talking now. Appears she’ll be okay”, stated Victor Valley News member Dawn Clift.