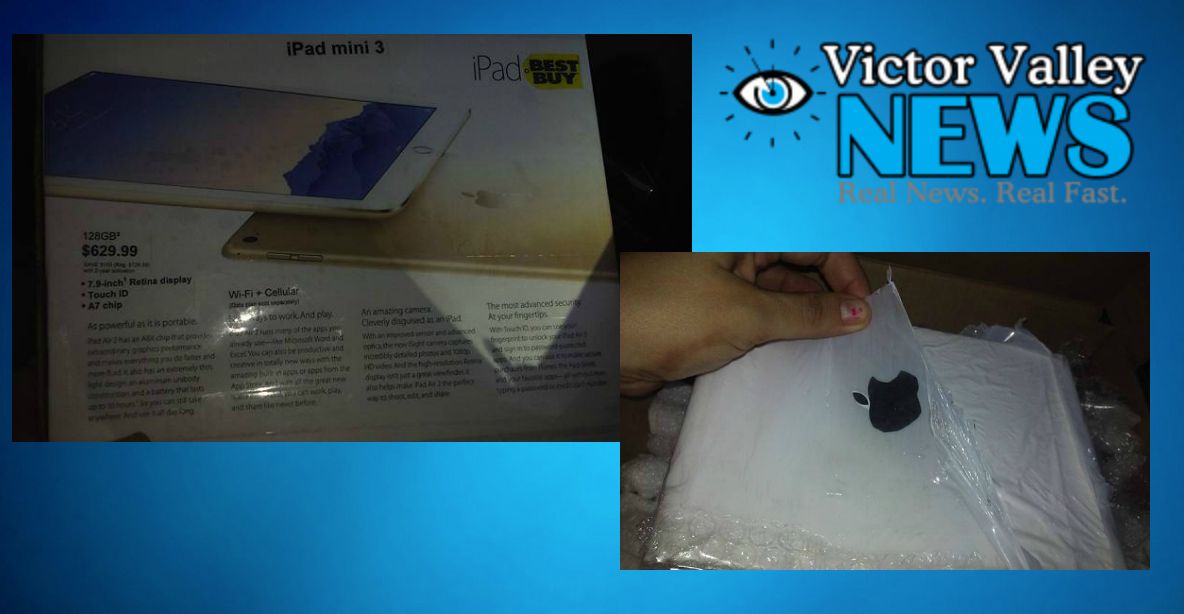 VICTORVILLE-(VVNG.com): A Victorville woman would like to warn the community of a scam that she

fell victim to on Wednesday evening.

On September 30th at about 4:00 p.m. Tamara Cortez was at the Victorville Winco on Roy Rogers Drive when a nicely dressed Hispanic man approximately 35-year-old approached her.

The man offered to sell Cortez an Ipad Mini for $200. Cortez talked the man down to $80 and thought she just got a great deal on something that would assist her in her job search after being laid off from a job she had for 7 years.

When she opened the box, she realized it was just a box that appeared to contain a real Ipad. After opening up the bubble wrapped item she discovered a piece of tile. “He had tvs, other iPads and Xbox ones and also phone boxes,” said Cortez.

Cortez stated the man who sold her the fake Ipad was driving a black SUV with Nevada plates. A police report was made and Winco surveillance cameras were viewed for evidence.