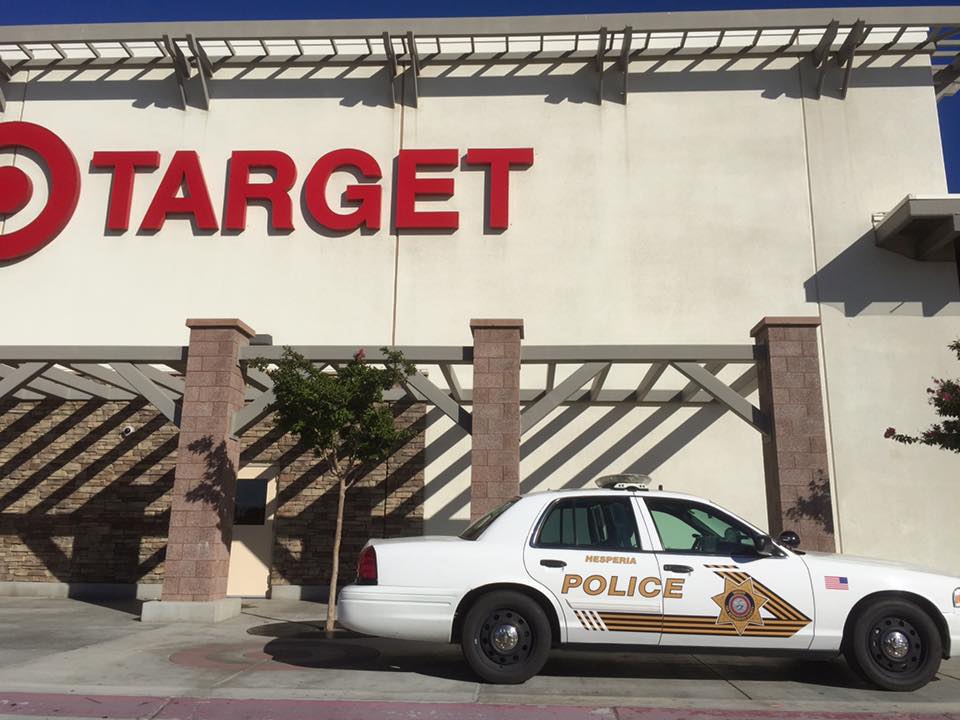 HESPERIA-(VVNG.com): A 38-year-old Victorville woman was arrested on Thursday for Child Cruelty after leaving her three-year old and six month old child in the vehicle at the Hesperia Target Shopping Center.

On Thursday, November 5th at about 12:24 p.m. a concerned citizen reported that two children were left unattended in a vehicle. When the deputy arrived to the vehicle shortly after, he located the locked vehicle with the children inside. Sheriff’s officials said that the six month old was not strapped in, but was laying across the car seat with the infant’s neck wedged in the side of the car seat.

While the deputy attempted to break the window to gain access to the children, the child was screaming and appeared to have difficulty breathing between screams. About 10 minutes later Minjeong Hong, the children’s mother returned to the vehicle. The children were unharmed and did not require medical attention.

Deputies requested Target surveillance footage which showed that the children were left alone in the vehicle for about 22 minutes. In addition to the outdoor surveillance, there was footage prior to this event where the suspect was captured with her children shoplifting about $500 in merchandise from the store. Sheriff officials said that once the theft was realized, the stolen property was located and paid for by the children’s father.

Hong was arrested and booked at the High Desert Detention Center on Child Cruelty charges. Shoplifting charges will be submitted to the District Attorney’s office for consideration. The children were later released to their father. The Hesperia Station would like to thank the concerned citizens who reported the unattended children.