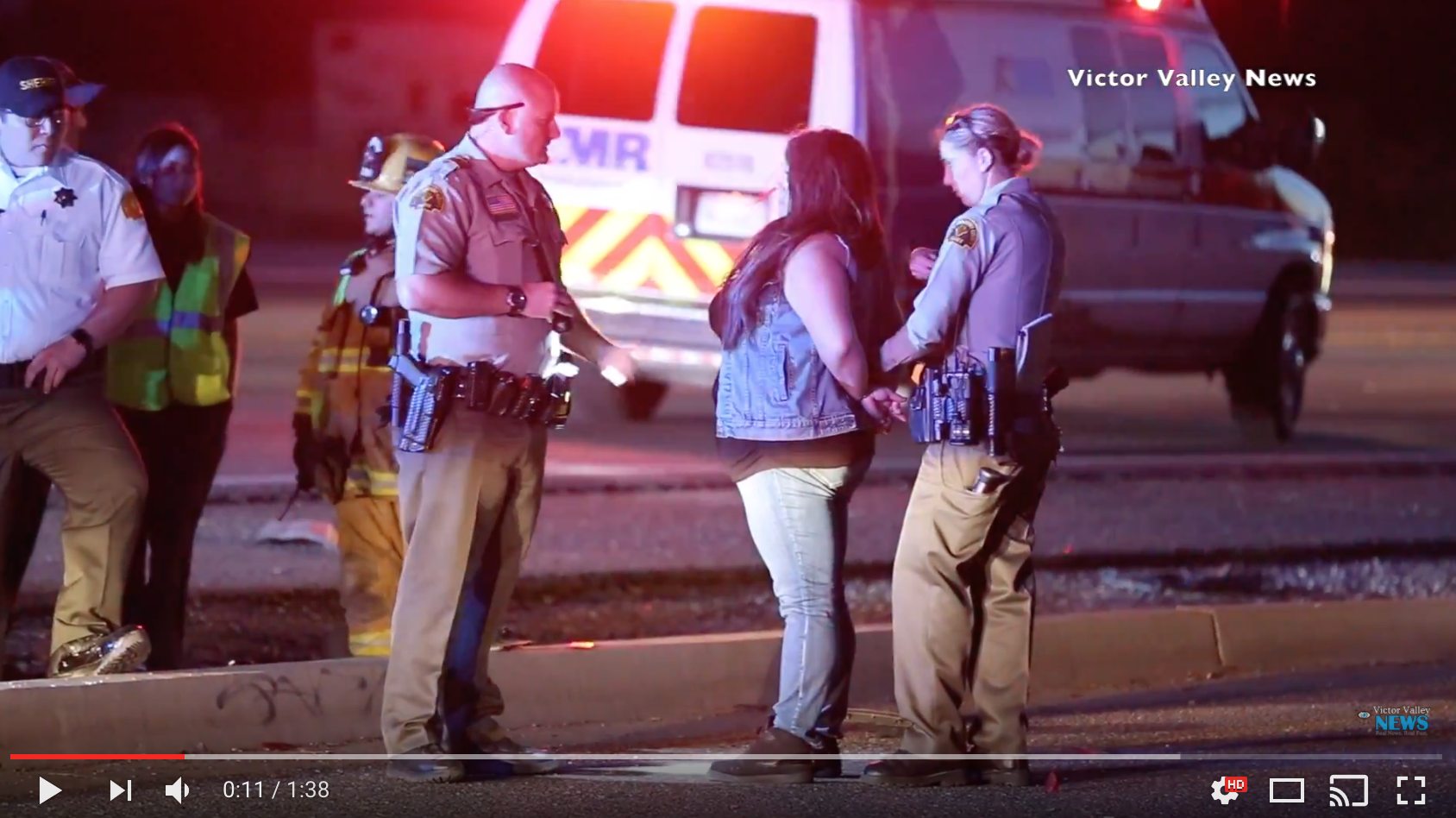 APPLE VALLEY, Calif. (VVNG.com) A woman** was arrested for DUI and child endangerment after crashing her vehicle Saturday evening.

Moments later the 1988 Toyota Camry driven by the adult female, crashed with another vehicle on Highway 18 and Rim Rock Road in Apple Valley.

Authorities arrived on scene and promptly placed the female driver under arrest for DUI and child endangerment after she was visibly stumbling while trying to walk.

Sgt. Allison with the Apple Valley Sheriff’s Station told Victor Valley News the child was not properly secured in a child safety seat at the time of the crash.

Neither the 7-year-old child or the occupants of the other SUV required medical attention.

According to public arrest records, Simental was arrested for PC273(a) child endangerment and VC23152(A) DUI Alcohol/drugs.

Simental is currently at the West Valley Detention Center being held in lieu of $105,000 bail and is scheduled for arraignment in a Victorville courtroom on March 28th.

** This article has been updated to remove a person’s name that may have been used in a case of identity theft. Although the information came directly from the Sheriff’s Department, we are working together to ensure accuracy, and to make corrections if identity theft was involved.**