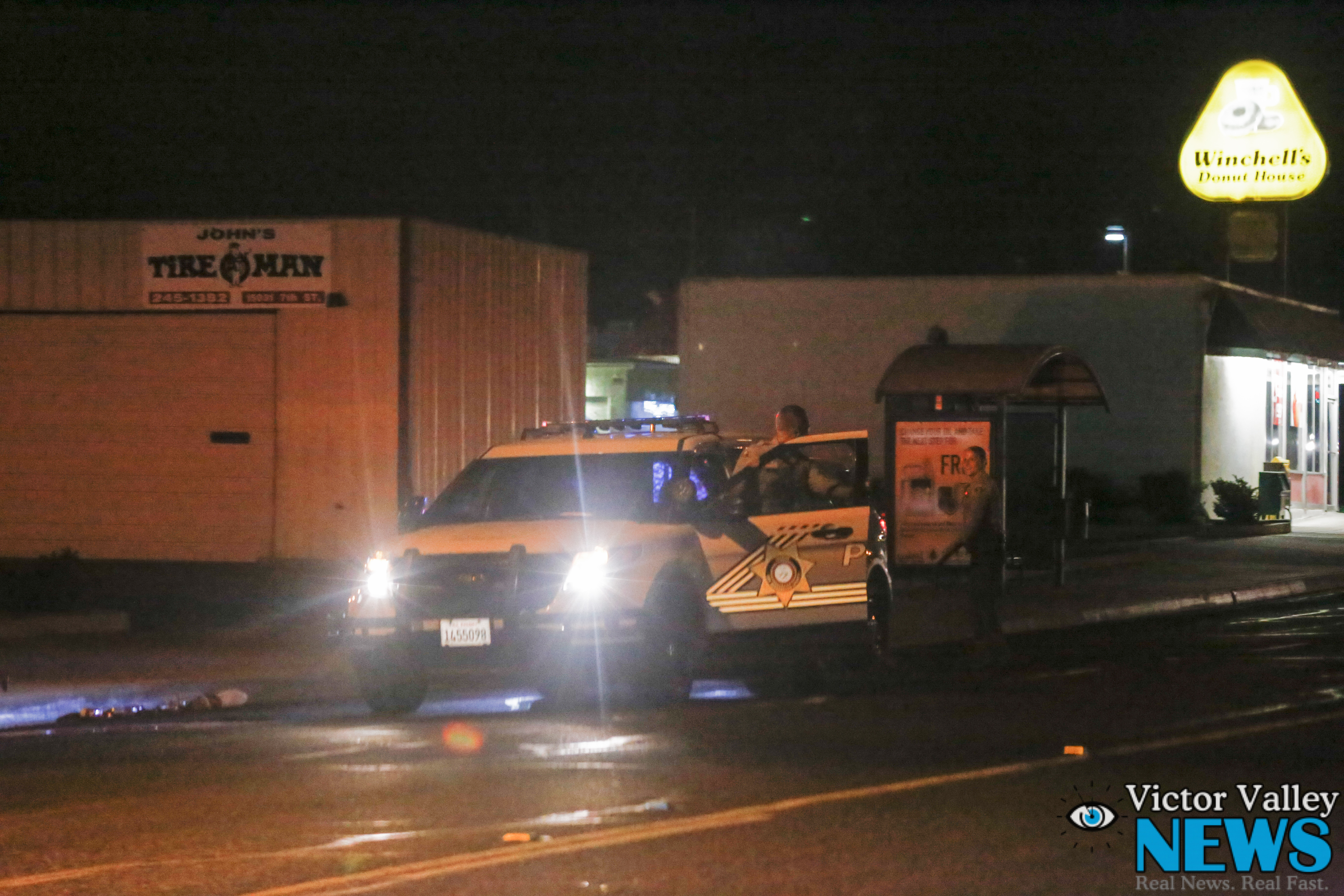 VICTORVILLE, CALIF:(VVNG.com)- A woman walking with her dog was struck by a vehicle that left the scene.

The hit-and-run was reported just before 9:00 p.m. on Tuesday, August 2nd, 2016, in the area of 7th Street and Circle Drive in Victorville.

Sheriff’s spokeswoman Mara Rodriguez told Victor Valley News, a 51-year-old woman was crossing Seventh Street with her dog, when they were both struck.

The woman sustained minor injuries and was transported by ground ambulance to a local hospital. The dog was limping but reported to be okay.

The suspect vehicle is described as a newer model, black BMW with chrome wheels. “The driver of the BMW left the scene and was unable to be located,” stated Rodriguez. Deputies don’t have any description of the driver.