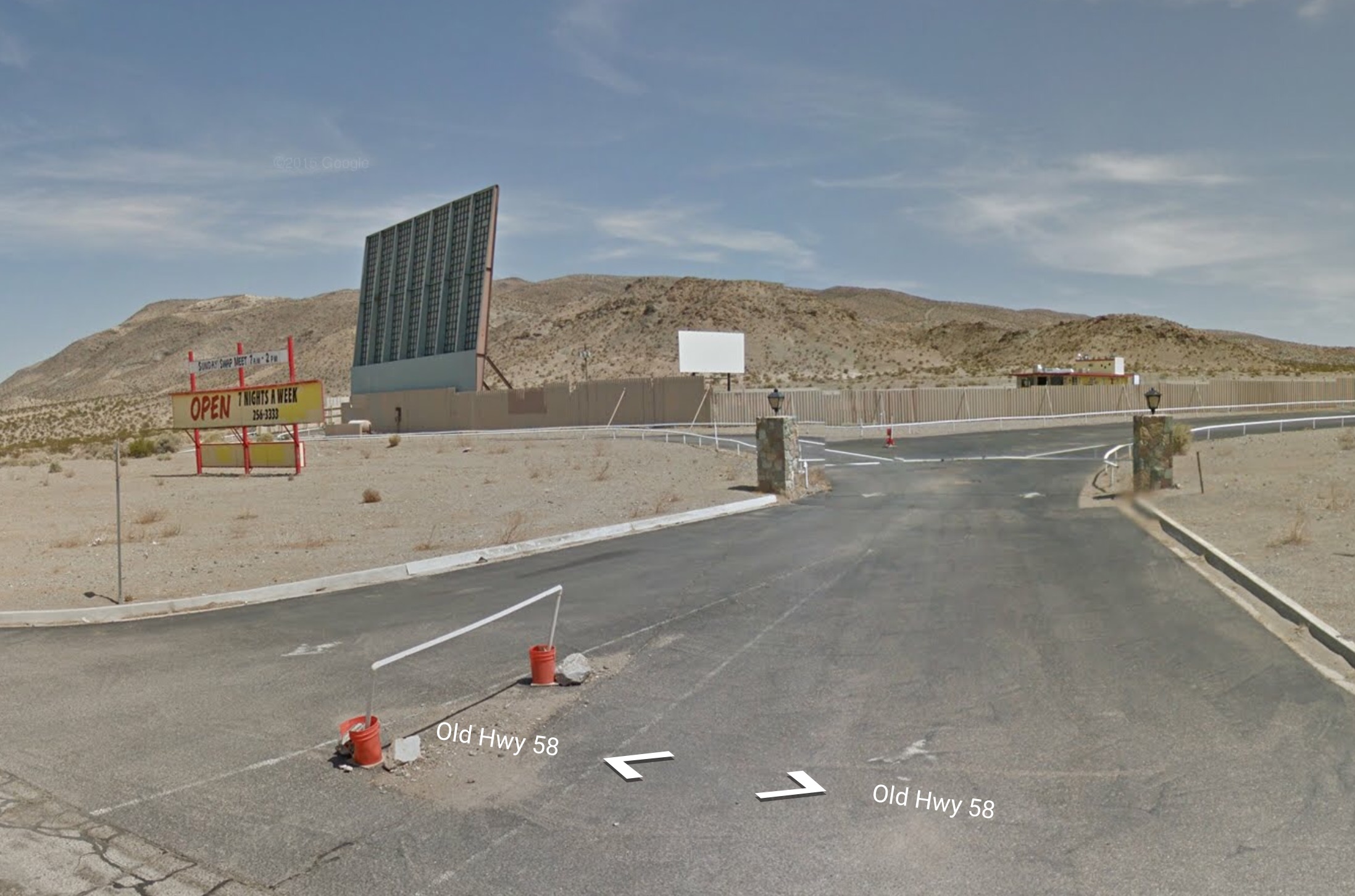 BARSTOW-(VVNG.com): At around 8:53 p.m. on Saturday, March 19th Barstow station deputies responded to a call reporting an assault with a deadly weapon at the Skyline Drive-in located at 31175 Old Hwy 58.

Upon deputy arrival, the entire drive-in was placed on a lockdown where no one could come or leave the movie-viewing area, other than emergency personnel.

Emergency personnel, including medics and Sheriff’s deputies, rushed into area. The female victim was reported to be stabbed in the restroom. Unconfirmed reports indicated that the woman was pregnant.  San Bernardino County Sheriff’s Spokeswoman, Jodi Miller dispelled the rumors by saying, “I don’t see anything in the call about her being pregnant.”

Sheriff’s Spokeswoman Jodi Miller confirmed to Victor Valley News that an assault with a deadly weapon did occur, but information that she can release is limited due to the ongoing investigation.

The lockdown remained in effect for about an hour. Skyline Drive-In Operations Manager, Martin Smith posted on the Skyline Facebook page just hours later saying, “I would like to apologize for the inconvenience Saturday night. We had an incident that required the Sheriff to have us lock down the parking lot for sometime.”

The woman was transported to the hospital for treatment, but her condition at this time is unknown. There were no suspect arrests made, but anyone with information is asked to contact the Barstow Police Department at 760-256-2211. Those wishing to remain anonymous may also call the WeTip hotline at 800-78-CRIME.