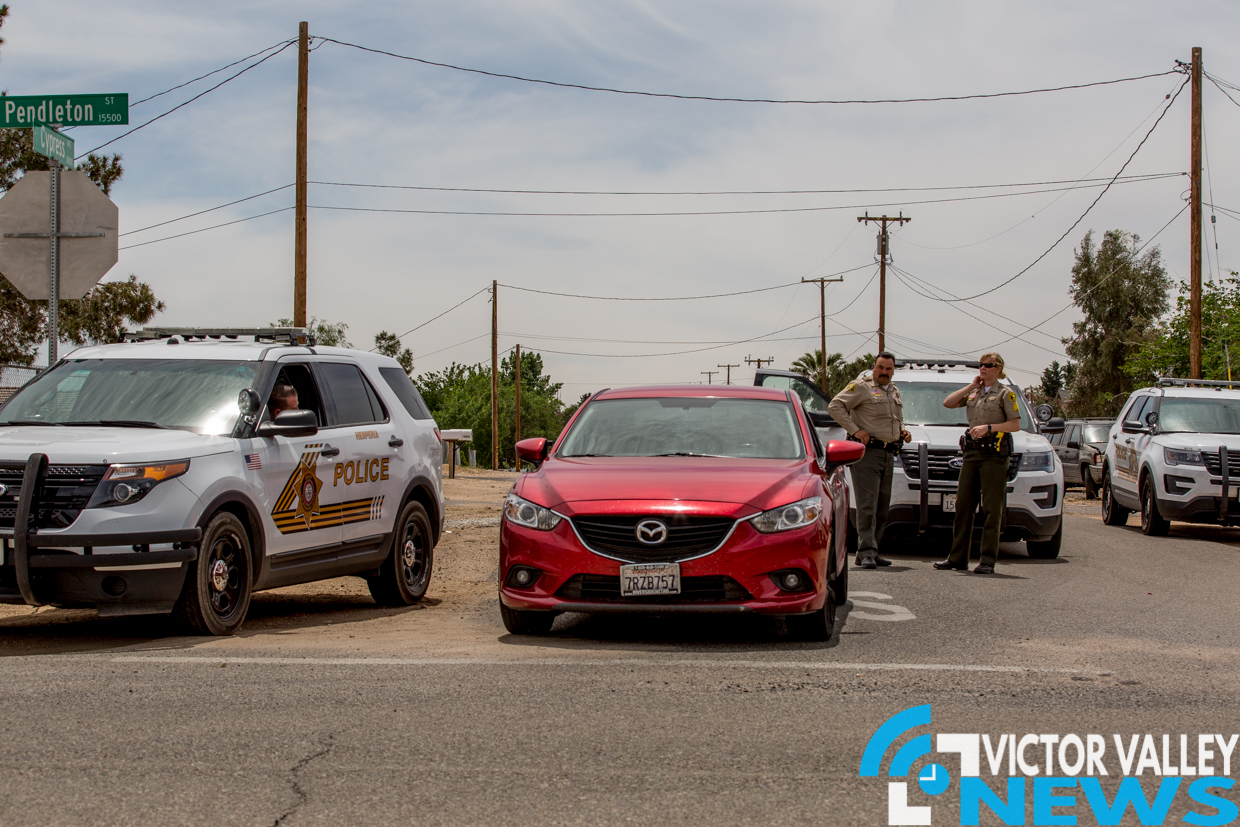 HESPERIA, Calif. (VVNG.com) A woman was dropped off at Victor Valley Global Medical Center after suffering a gunshot wound.

Around 11:30 a.m. hospital staff notified Sheriff’s Dispatch that a female adult was suffering from a non-life threatening gunshot wound to her chest.

The victim told officials that her boyfriend shot her in the backyard of a home on the 10700 block of Cypress Avenue in Hesperia, per scanner reports.

As deputies arrived at the residence they discovered the suspect’s vehicle in the driveway. The suspect was able to enter the vehicle and drive up the street before deputies performed a traffic stop.

During the traffic stop, the suspect was taken into custody without incident, Sheriff’s officials at the scene confirmed.