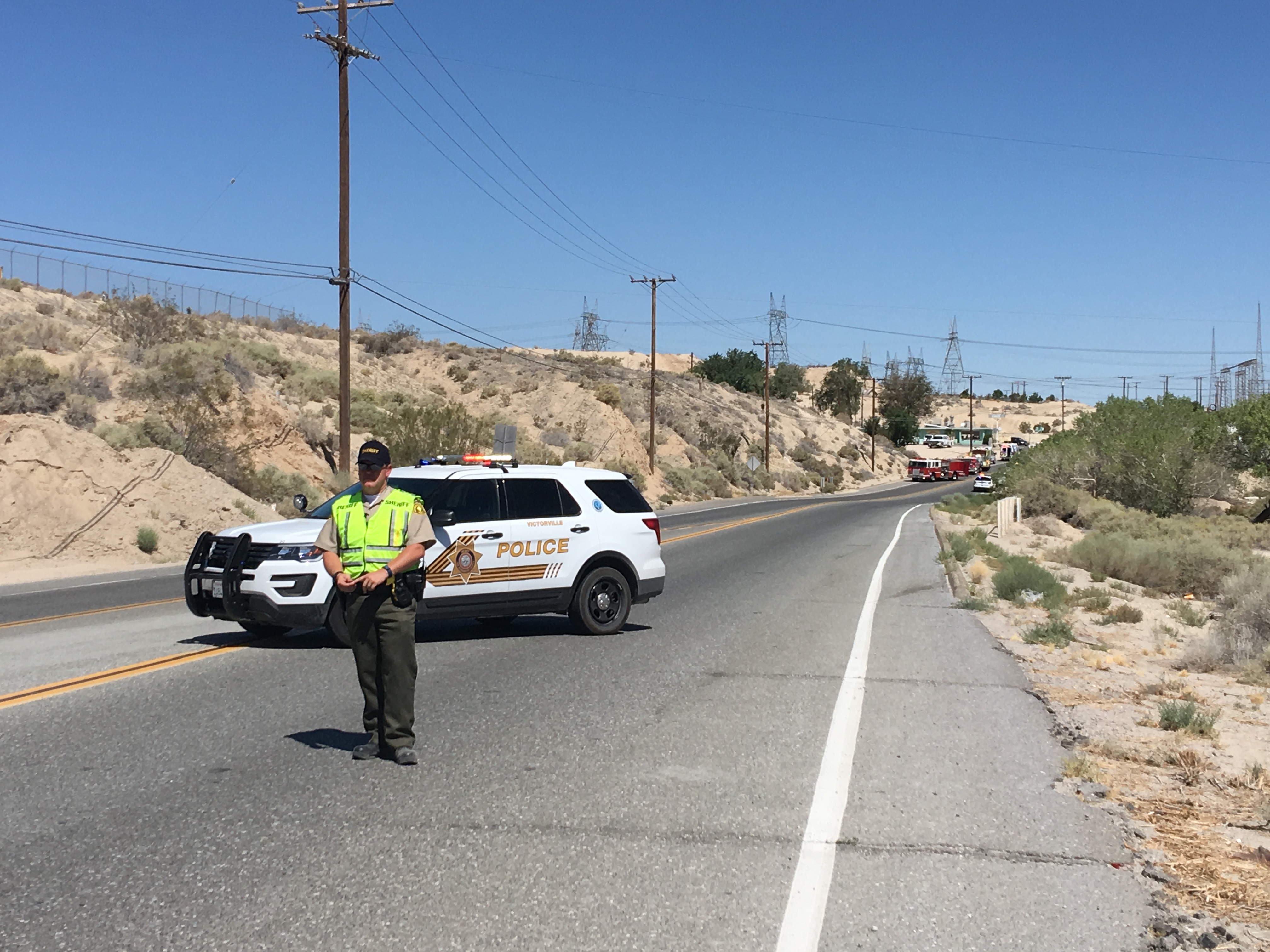 At about 10:10 a.m. dispatch received reports of a two-vehicle collision near the Emma Jean’s Holland Burger Cafe located on the 17100 block of N. D Street in Victorville.

According to authorities, a 1993 Isuzu Rodeo driven by 37-year-old Crystal Fenstermarker, entered the roadway leaving the parking lot of Emma Jean’s Cafe and into the path of a 1990’s Toyota Camry.

The two vehicles collided causing the Camry to leave the roadway and crash into a drainage ditch.

Per scanner traffic, the female passenger inside the Camry was trapped and required extrication. It took firefighters approximately 20 minutes to remove her from the vehicle. Due to her injuries, an airship was requested. The female was airlifted to Arrowhead Regional Medical Center, her condition remains unknown at this time.

The driver of the Camry was not injured in the crash. A child passenger properly strapped in a car seat was transported to a local hospital for evaluation. The child did not appear to have any injuries.

The driver of the Rodeo, Fenstermarker was booked into the High Desert Detention Center on an outstanding assault warrant. Authorities also cited her for driving on a suspended license.

Fenstermarker is currently being held on a $25,000 bail and is scheduled to appear in a Victorville courtroom on Wednesday.

The crash temporarily shut down National Trails Highway in both directions between Air Express Way and Robertson’s Ready Mix.

For the latest news in real-time join our Facebook group with over 69,000 members: Victor Valley News