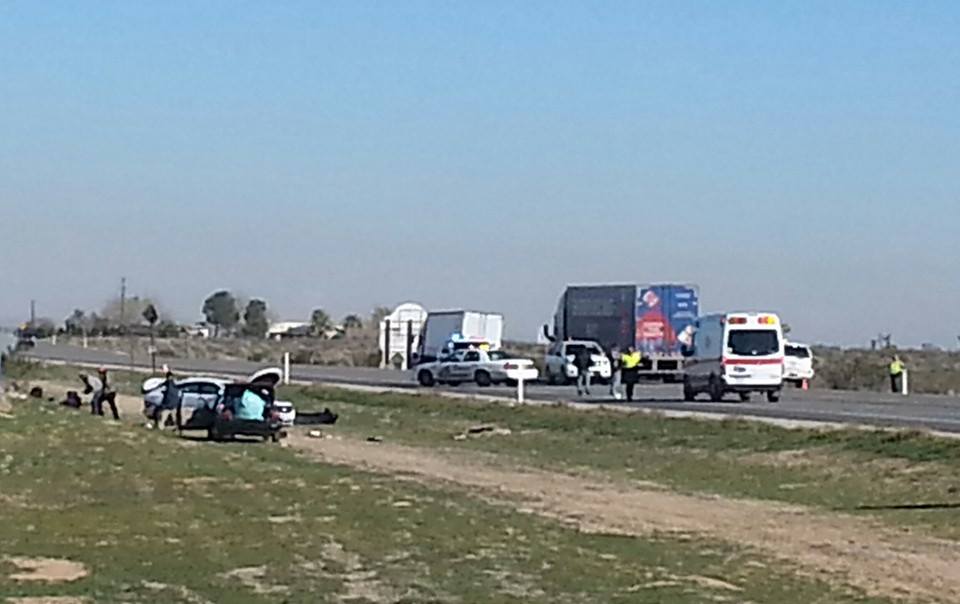 ADELANTO: A woman was airlifted to Loma Linda University Medical Center after her vehicle was involved in a major injury traffic collision with a tractor-trailer.

According to Paul Bolduc, the female in the vehicle was traveling northbound on highway 395 and waiting to turn west onto Auburn Avenue. For unknown reasons her vehicle was rear ended by the tractor-trailer. The impact sent the vehicle approximately 75 yards north of Auburn on the west side of highway 395.

The condition of the female was not immediately available. More information will be updated as it becomes available.