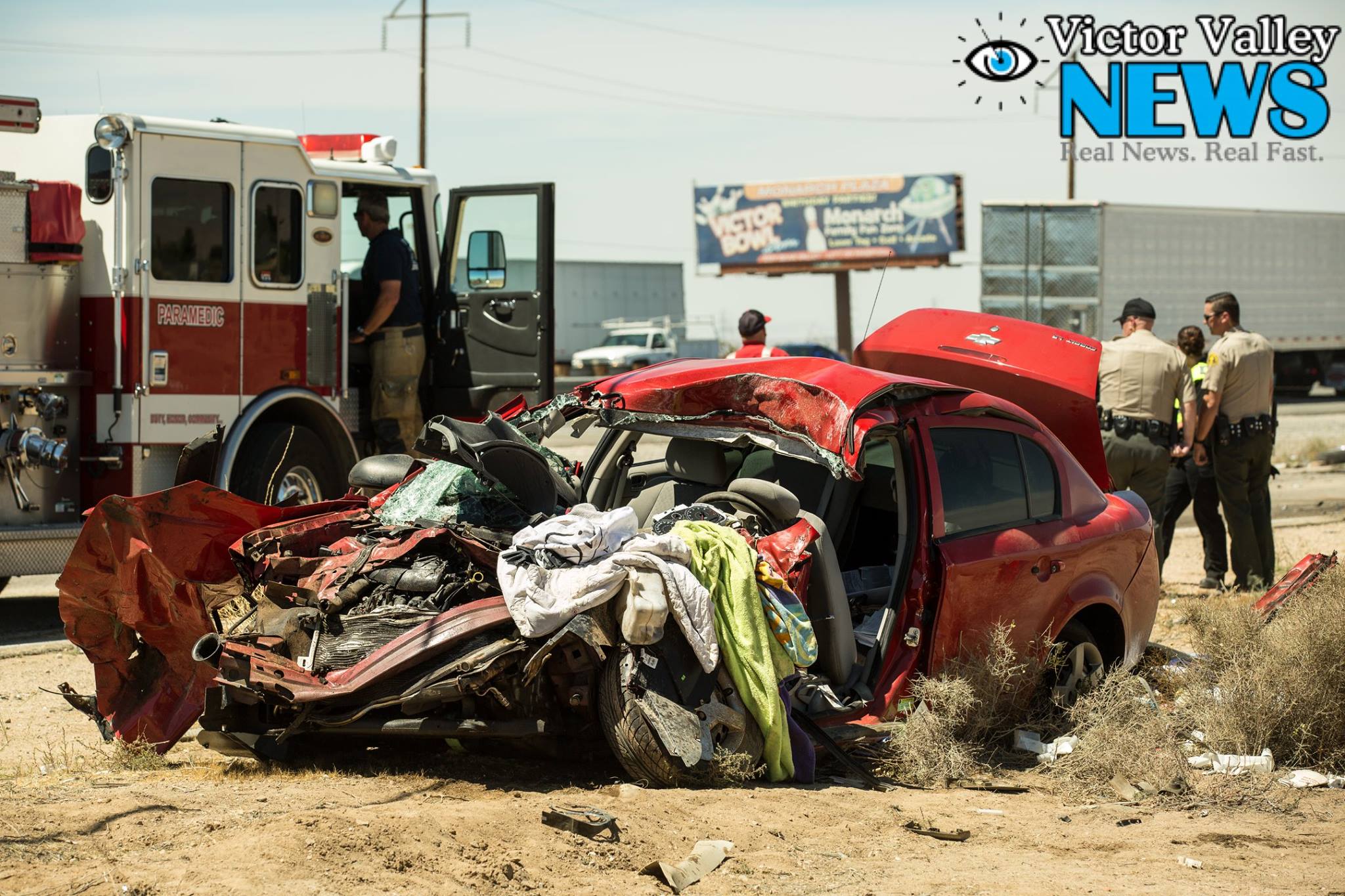 At approximately 1:45 P.M., dispatch received a report of a three vehicle traffic collision involving a white pick up truck that overturned off the northbound I-15 onto Mariposa Road near Live Oak Street.

When first responders arrived on-scene, they located a white Ford Ranger on it’s roof, a red sedan with a woman trapped inside and a blue Waxie commercial truck, all with major damage.

According to the driver of the Ford Ranger,  as he was driving northbound on the freeway a black vehicle driving recklessly cut him off, causing him to attempt to maneuver out-of-the-way. “I lost control and my truck overturned”, stated Robert. The pickup truck crashed through a chain linked fence, that runs along the freeway before landing on its roof onto Mariposa Road.

Mike, the driver of a blue “Waxie” box truck was traveling southbound on Mariposa Road prior to the collision. “I was driving heading back to Ontario when I suddenly saw the truck land right in front of me”, stated Mike. “I tried moving out-of-the-way and that’s when I crashed with the red vehicle.”

The box truck collided head-on into a red Chevy Cobalt that was traveling northbound on Mariposa Road. The sole occupant, a female driver, was trapped inside the vehicle. It took firefighters approximately 15-minutes to extract her using the jaws of life. Once extricated she was airlifted to a trauma center.

Mike was not injured in the crash but was emotionally distraught. “I had no time, everything happened so fast. I pray that the woman makes it”, he said, as he started to cry.

According to scanner traffic, the woman was unresponsive and unable to be identified at the time of departure to LLUMC.

There were no other major injuries reported as a result of the collision. The driver of the commercial truck complained of back pain and the driver of the Ford Ranger had abrasions to his head.

The traffic collision blocked Mariposa Road and was closed in both directions north of Live Oak Street for several hours before reopening at about 4:30 P.M. 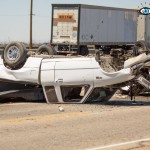 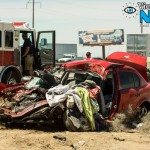 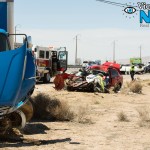 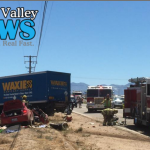