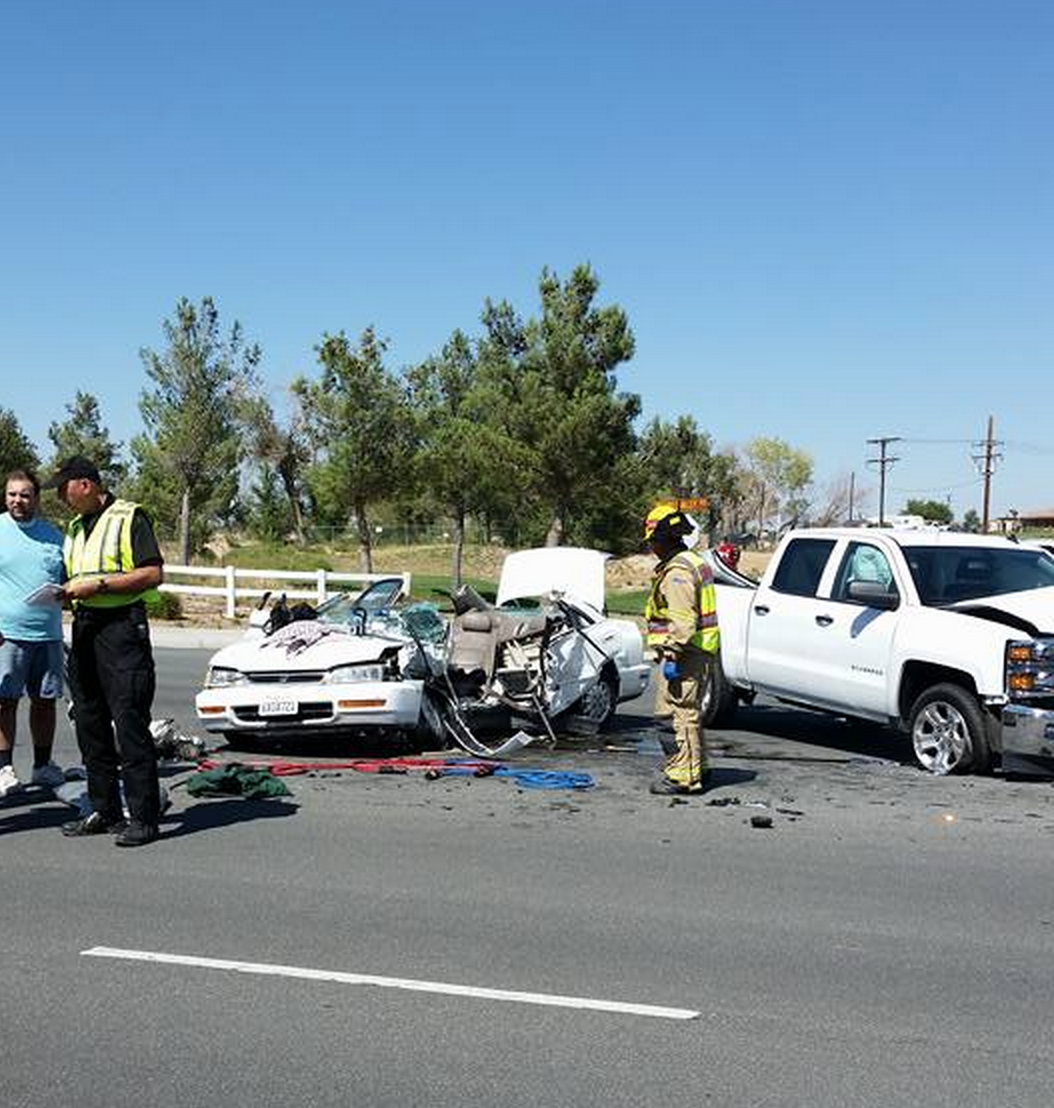 APPLE VALLEY:(VVNG.com)- A woman was airlifted to an out of area trauma hospital following a major injury traffic accident at the intersection of Apple Valley Road and Del Oro Road in the Jess Ranch community.

The two-vehicle collision was reported just before 3:00 P.M., on Friday, August 21, 2015. The vehicles involved are a white older model Honda Accord and a white newer model Chevy Silverado.

Per scanner traffic, a female was reportedly pinned inside the vehicle and required extrication.

Upon arrival, first responders determined she had serious injuries and would be airlifted. An air ambulance was requested to transport the 40-year-old female to Loma Linda Medical Center with unknown injuries. No other passengers were in the Honda at the time of the collision.

Witnesses at the scene stated, the female in the Silverado and two small children did not appear to have any injuries.

According to unconfirmed reports, when firefighters arrived and found the trapped woman inside the vehicle, they also located a bottle of Vodka between her legs. At this time it’s unclear if drugs or alcohol was a contributing factor in the collision.

The cause of the accident is currently under investigation and more information will be updated as it becomes available.