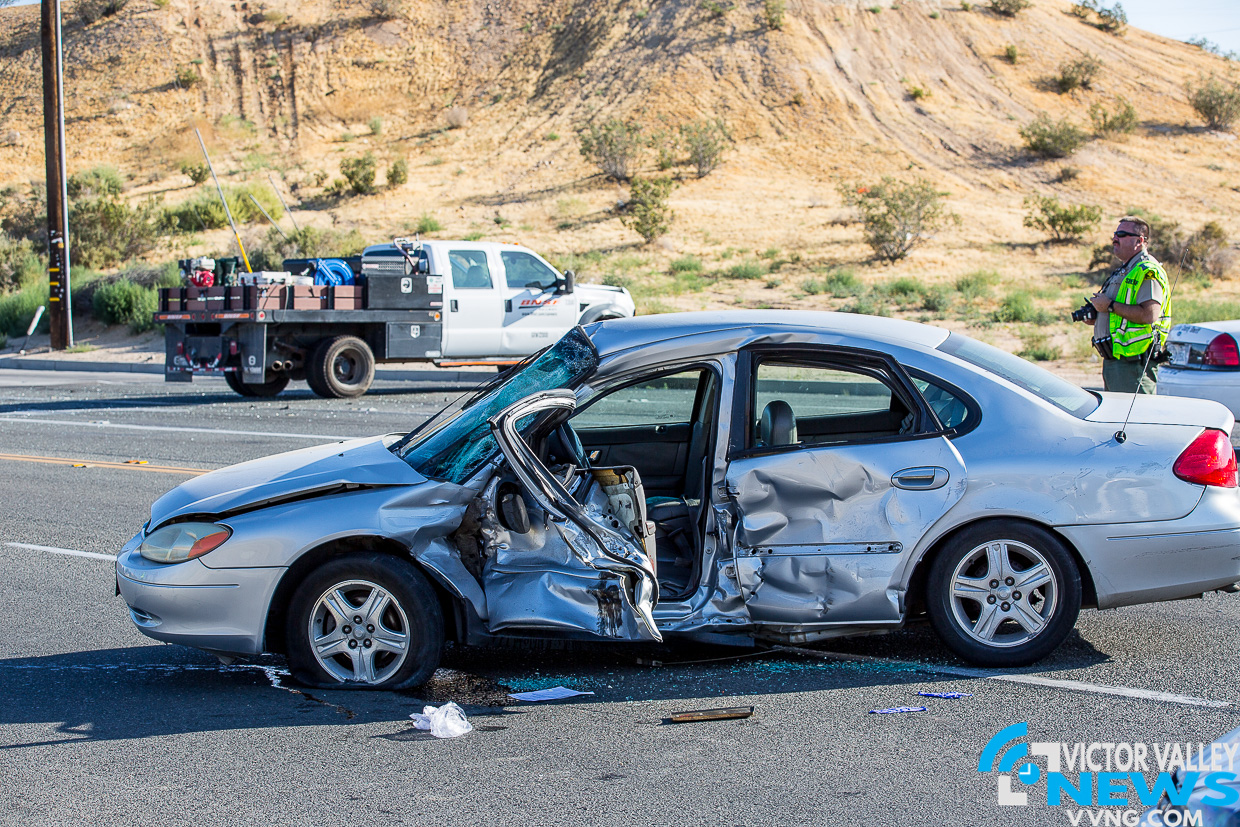 VICTORVILLE, Calif. (VVNG.com) A woman involved in a crash was airlifted to a trauma center early Thursday morning.

On June 1, 2017, at about 7:18 a.m. dispatch received reports of a traffic collision at the intersection of Hesperia Road and Green Tree Blvd in Victorville.

The impact left the female driver of the Ford trapped inside her vehicle. San Bernardino County Fire responded and extricated her from the vehicle.

Due to her injuries, an airship was requested to airlift the woman to Arrowhead Regional Medical Center. Her injuries did not appear to be life threatening.

Based on preliminary reports, the Taurus was traveling eastbound on Green Tree Blvd. and the BNSF truck was traveling southbound on Hesperia Road.

Celia Najaera and her husband were on Hesperia Road behind the BNSF truck, prior to the collision.

“We had a green light and the woman just pulled out in front of the truck,” stated Najaera. “I don’t know what she was thinking but she didn’t even stop.”

The driver of the BNSF truck was walking around after the crash and declined medical transport.

“Everyone is just lucky to be alive. It could have been much worse,” stated Najaera.

The roadway was reopened in both directions by 8:30 a.m.

All Lanes on NB-15 Freeway Closed Due to Crash