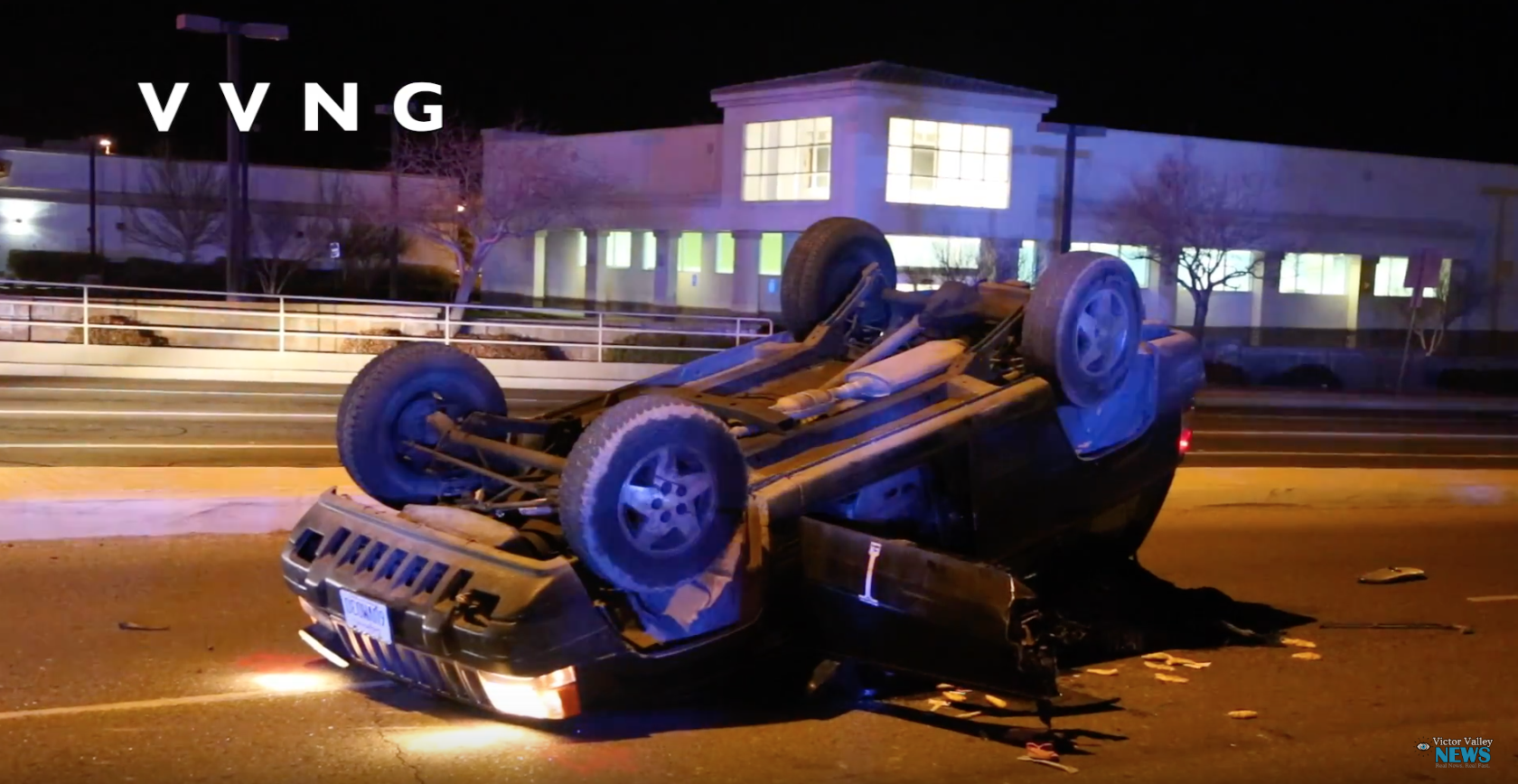 The two-vehicle collision was reported at just before 6:00 p.m., at the intersection of Highway 18 and Bass Hill Road in Apple Valley.

Authorities arrived at the scene and located a silver sedan and a Jeep SUV overturned with a woman trapped inside.

The Apple Valley Fire Protection District responded and requested heavy rescue equipment to assist with the extrication of the female driver.

“Additional resources came in and using the jaws of life in about 15 minutes we were able to safely remove her from the vehicle,” stated Fire Chief Sid Hultquist. “She suffered moderate injuries and is being airlifted to a trauma center.”

The driver of the silver sedan told Victor Valley News she was traveling westbound on Highway 18 when the collision occurred. She was not injured in the crash.

The official cause of the collision remains under investigation by the Apple Valley Sheriff’s station.