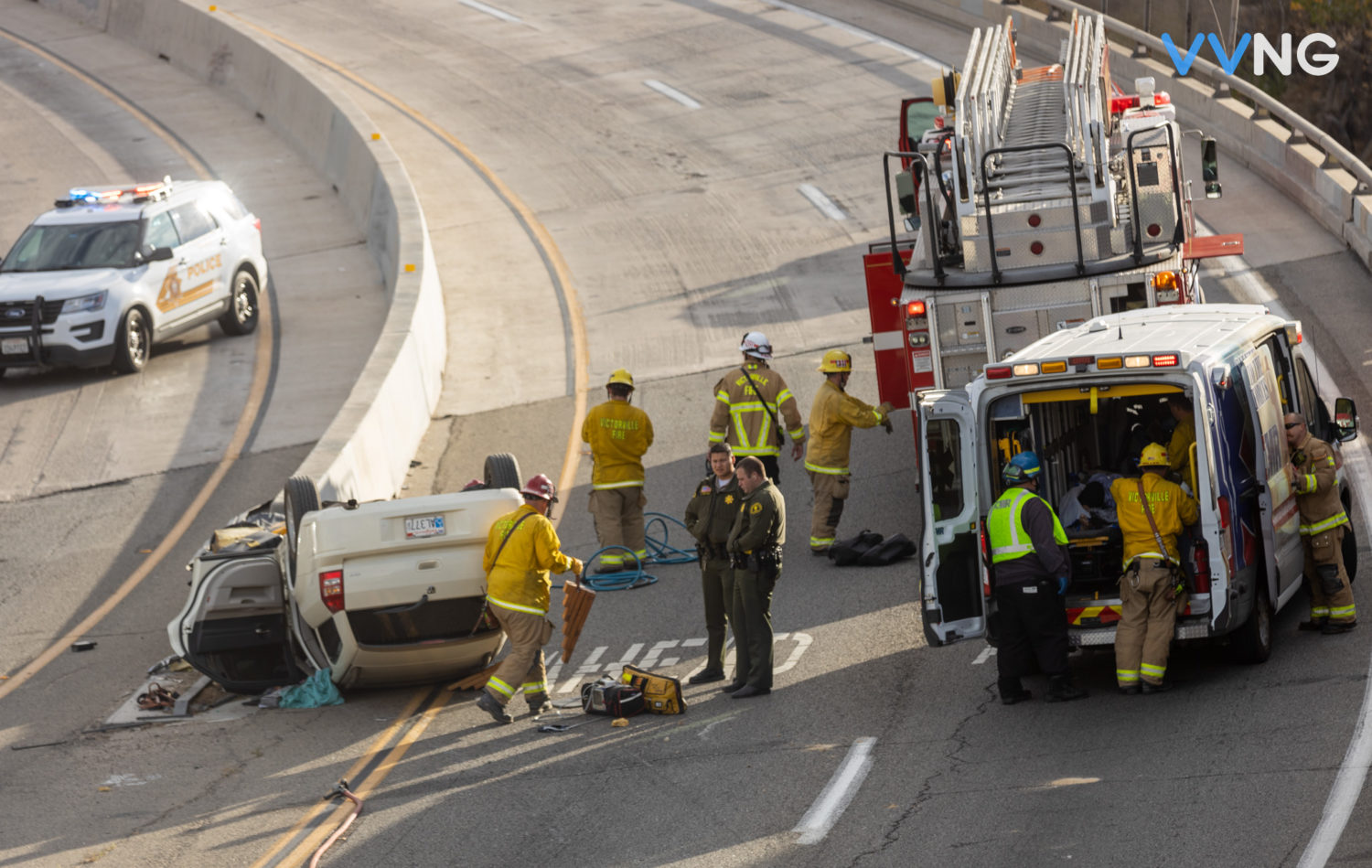 VICTORVILLE, Calif. (VVNG.com) — A driver injured in a Monday morning rollover crash was airlifted to a trauma center.

It happened at about 8:21 am, on D Street near Eleventh Street, and involved a white Dodge Magnum. Victorville City Firefighters responded and determined the female driver was trapped and required extrication.

Motorists exiting D Street from the NB I-15 joined other vehicles that were completely stopped for approximately 1-hour as the patient was transported and the scene was cleared up.

The cause of the accident is under investigation and no other injuries were reported.