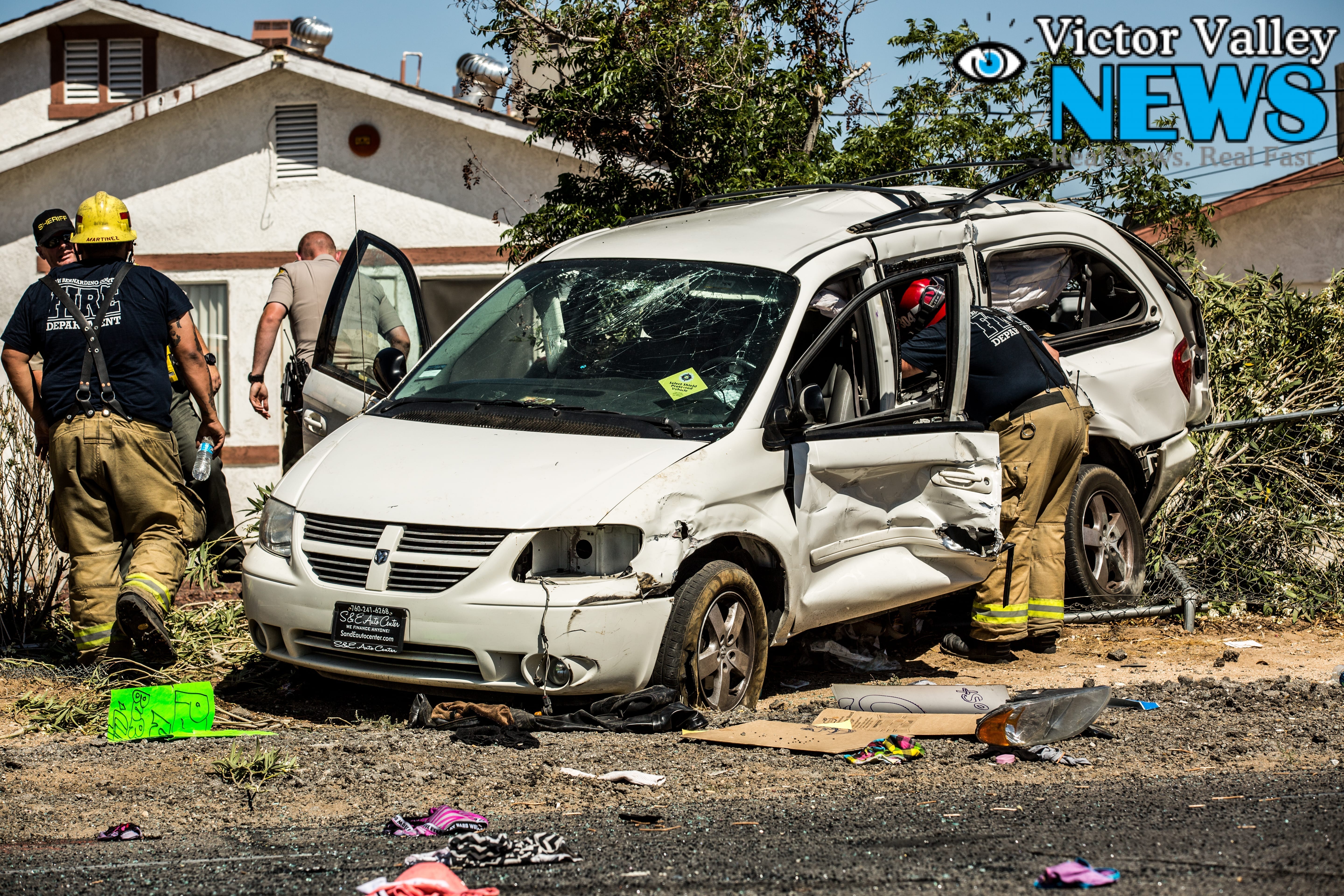 HESPERIA:(VVNG.com)- A 39-year-old woman was airlifted to Arrowhead Regional Medical Center after her minivan collided with a tractor-trailer. On Friday, June 19, 2015 at approximately 2:53 P.M., dispatch received a call reporting a two vehicle traffic collision at Sequoia Avenue and 7th Avenue in Hesperia.

According to public information officer Karen Hunt, A Dodge minivan was traveling eastbound on Sequoia Avenue and ran the stop sign. A tractor-trailer belonging to Robertson’s Transport was heading southbound on 7th Avenue and collided with the minivan at the intersection.

The impact caused the minivan to crash through a chain linked fence of an assisted living home at the corner of the intersection. It was initially believed that the female was trapped in the vehicle. First responders determined an extrication was not necessary.

The female driver of the minivan was airlifted to ARMC with unknown injuries, but “mostly for precautionary measures,” stated Hunt. The 34-year-old female passenger suffered a broken arm and was taken by ground ambulance to Desert Valley Hospital. The driver of the tractor-trailer was not injured in the collision.

7th Avenue was closed between Manzanita to Sequoia while the investigation is completed. Per scanner traffic, the roadway reopened at 5:20 P.M.

At this time it does not appear speed was a factor in the crash. More information will be updated as it becomes available. 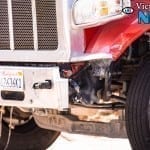 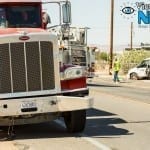 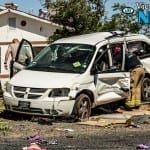