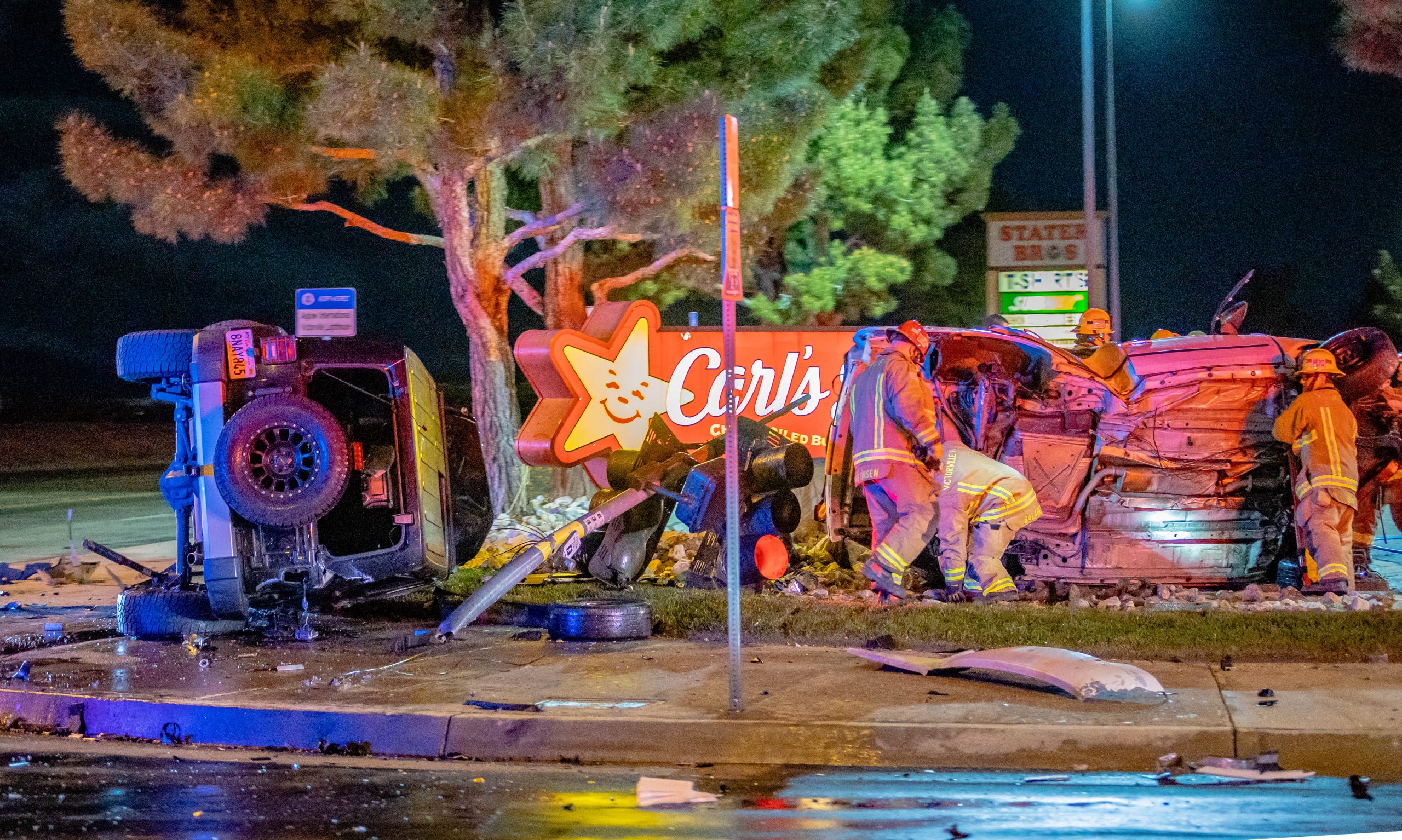 VICTORVILLE Calif. (VVNG.com) — A woman who was fleeing from a family argument had to airlifted after she ran a red light, injuring herself and another driver.

At 10:56 p.m., Deputies, AMR, and the Victorville Fire Department responded to a two-vehicle traffic collision at the intersection of Amargosa Road and Roy Rogers Drive on Tuesday, April 7th.

Firefighters had to use heavy-rescue equipment to remove the roof from the Malibu to access the driver, 30-year-old Shayna Alexander.

Alexander was transported to Victor Valley Global Medical and was then airlifted to a trauma center for treatment of her injuries. She is expected to survive, officials confirmed.

The 22-year-old driver of the Jeep, David Salazar, was able to self-extricate from his vehicle but had complaint of pain to his abdomen area.

He was later placed into the back of an ambulance and assessed at the scene. It’s unclear if he was transported to a hospital for treament.

The investigation revealed that Shayna Alexander had been traveling south on Amargosa when she ran the red light at Roy Rogers Drive, colliding with the Jeep.

The force of the impact caused both vehicles to partially overturn, taking down a metal traffic-signal light pole in the the process.

Officials determined Alexander was also a suspect in an argument that had occurred just minutes prior to the collision, according to Sheriff’ Spokeswoman Mara Rodriguez.

“Alexander had been involved in an argument with family members in the 16100 block of Del Norte. At one point she left the location but returned and argued again with the other parties,” stated Rodriguez.

“She then brandished a handgun before driving away. At the scene of the collision,” stated Rodgriguez. “[D]eputies found a bb gun in the vehicle Alexander was driving. The bb gun matched the description of the gun brandished at the Del Norte incident.”

The department will forward the report to be reviewed by District Attorney’s Office.