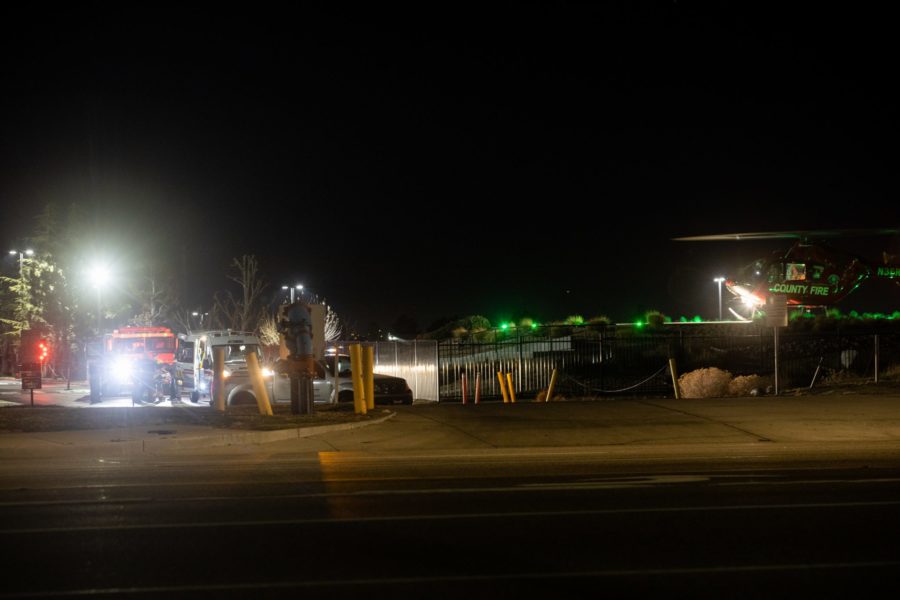 VICTORVILLE, Calif. (VVNG.com) — A woman was airlifted to a trauma center after she fell from a moving vehicle, officials said.

Firefighters from Victorville City were initially dispatched to a vehicle versus a pedestrian and upon arrival requested a helicopter.

Sheriff’s spokeswoman Cindy Bachman told VVNG, “deputies responded to this incident and found that a female was sitting on the back of a vehicle and the driver pulled away from the location and the female fell off onto the street.”

The female was transported to the helipad at Desert Valley Hospital and subsequently airlifted to Arrowhead Regional Medical Center with unknown injuries.

Bachman said that it does not appear to be a hit and run and deputies took an incident report.

Motorcyclist and passenger injured in crash on Amargosa Road