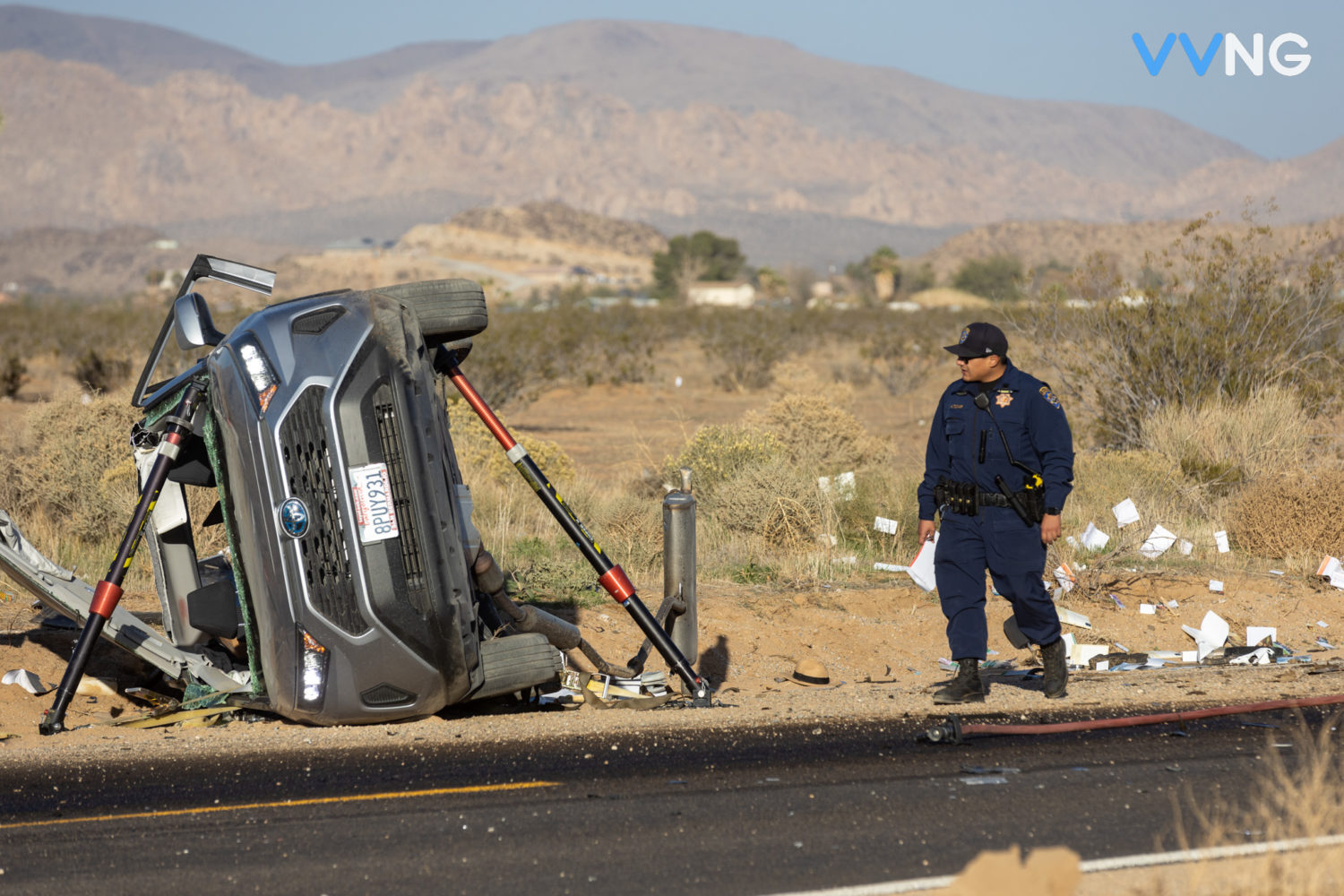 According to the California Highway Patrol incident logs, the driver of the Toyota was trapped and two other occupants were also injured.

Firefighters from the Apple Valley Fire Protection District responded and located the Toyota on its side and confirmed extrication would be required.

An airship was requested to land at the scene and airlift the woman to a trauma center. A total of three people were transported by ground ambulances to St. Mary’s hospital.

The California Highway Patrol is investigating the cause of the collision.