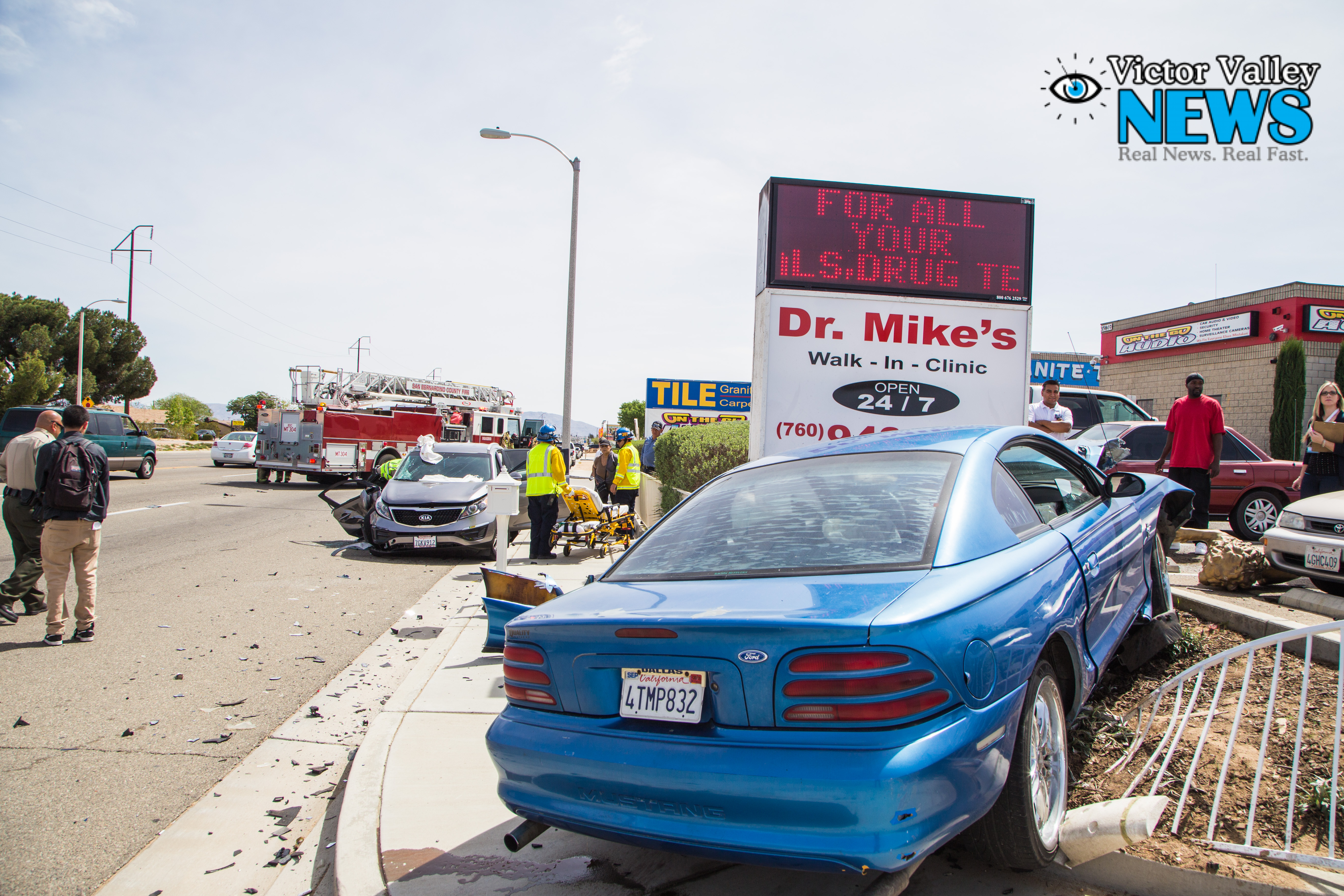 HESPERIA-(VVNG.com): A female passenger was airlifted for treatment of non-life-threatening injuries on Wednesday Morning. The major damage collision occurred in front of the Dr. Mike’s Walk-In Clinic located on the 15700 block of Bear Valley Road in Hesperia.

At around 11:05 AM, on April 6, 2016, deputies from the Hesperia Station and medical personnel were dispatched to a two-vehicle collision with extrication.

Upon arrival, first responders located a grey Kia SUV occupied by a 67-year-old male driver and a 74-year-old female passenger. The woman required a minor extrication from the vehicle. According to fire officials at the scene, they assisted with a “door pop” to help get the woman out.

The second vehicle involved, a blue Ford Mustang, was occupied by a 20-year-old male from Hesperia.

The crash caused the Mustang to jump over the sidewalk, crash through a steel fence, before ultimately coming to a stop next to the Dr Mike’s Clinic signage. A Lion statue was also damaged in the crash.

The female passenger in the KIA was airlifted to Arrowhead Regional Medical Center and the male driver went by ground to Desert Valley Hospital. The driver of the Mustang suffered minor lacerations and declined transportation via ambulance. The 20-year-old male told a Victor Valley News reporter, he felt pain in his rib cage area and he would be going to the hospital by personal vehicle.

Eastbound traffic on Bear Valley Road was reduced to two lanes while the accident was cleared from the roadway.