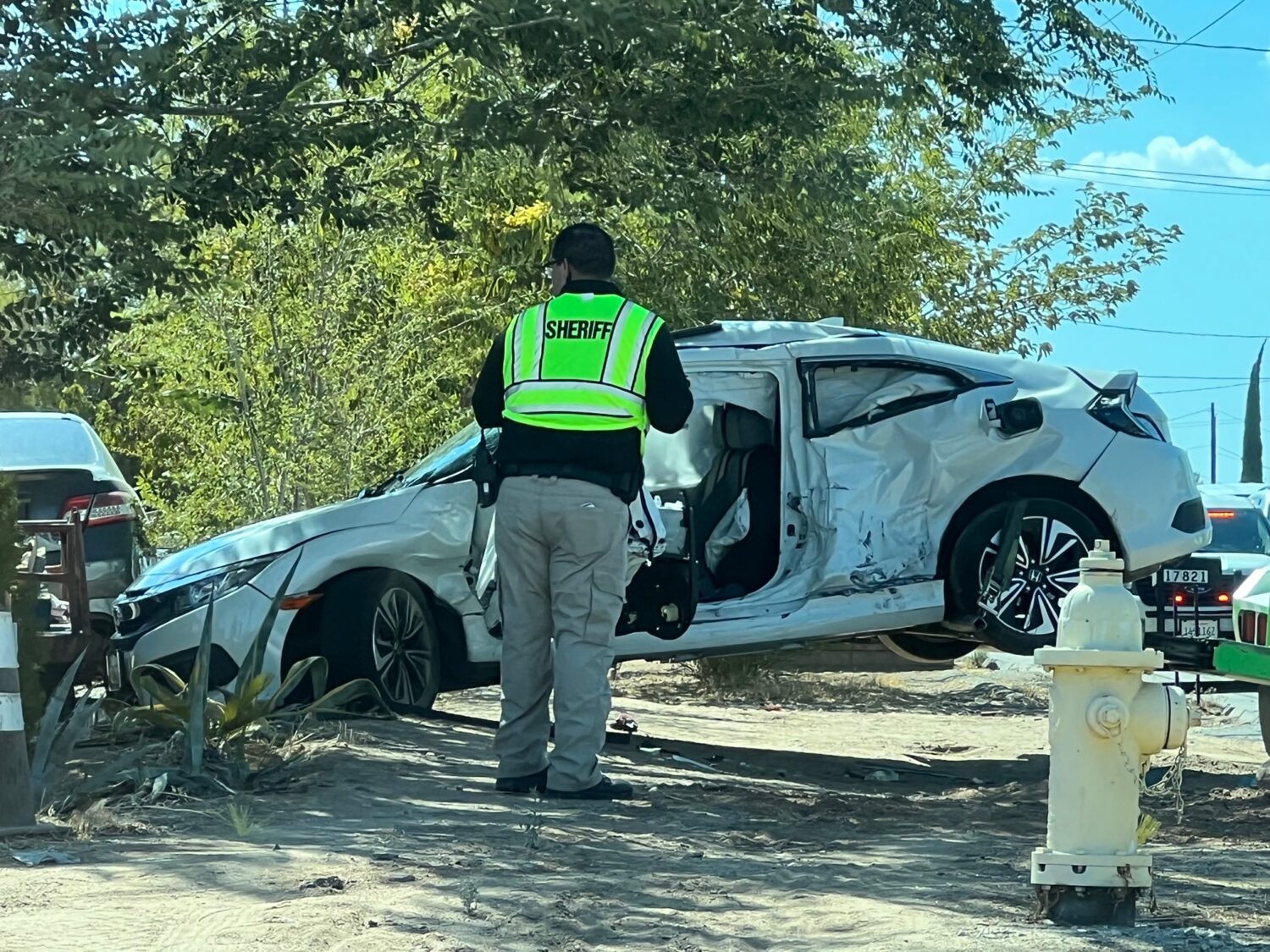 HESPERIA, Calif. (VVNG.com) — A woman was airlifted to a trauma center with major injuries after a traffic accident Wednesday in Hesperia.

It happened at about 2:49 pm, on August 10, 2022, at the intersection of Main Street and Timberlane Avenue. The crash involved a gray Chevy Suburban and a white Honda Civic.

San Bernardino County Fire responded to the scene and requested a helicopter to airlift the female driver of the vehicle to Arrowhead Regional Medical Center.

According to a family member, the woman sustained internal bleeding and doctors were working to try and stop it.

Sheriff’s spokeswoman Mara Rodriguez told VVNG that the driver of a Chevy Suburban failed to stop at the posted stop sign and collided with the Honda.

The driver of the SUV was also transported by ground ambulance to a local hospital with unknown injuries.

VVNG member Heather M. Landeros said she lives off Timberlane and refuses to use that route because of how many accidents she has seen. “They seriously need to do something I see high school kids crossing there all the time and it’s not safe,” she commented.

Anyone with information about the crash should contact the Hesperia Police Department at 760-947-1500.

Suspect foot bails after a pursuit Thursday in Hesperia