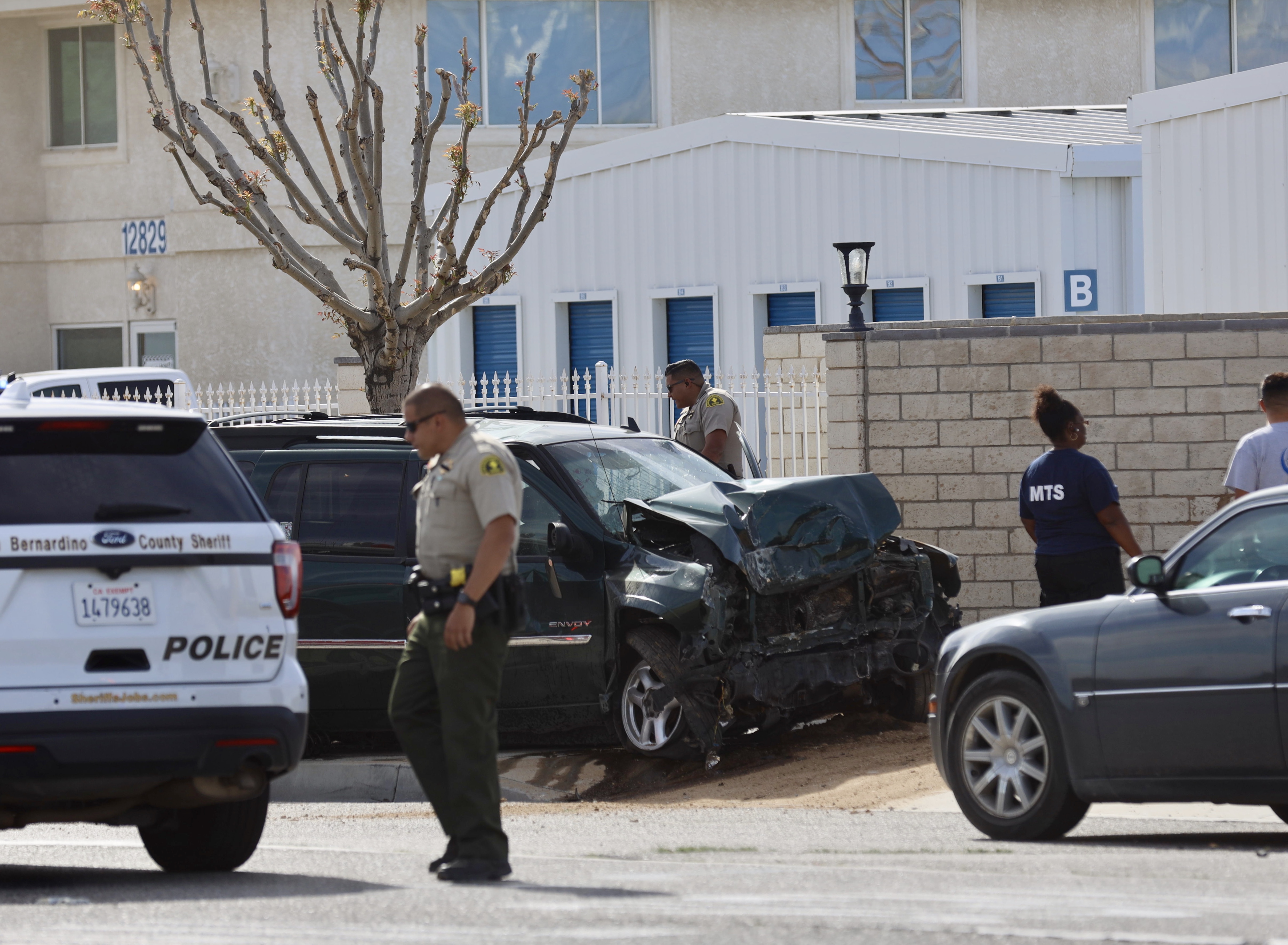 VICTORVILLE, Calif. (VVNG.com) — A woman in her 30’s was airlifted after a blown tire was said to cause her crash, according to a witness.

It happened at about 9:15 am, in the 12800 block of Bear Valley Road, just west of Topaz Road in Victorville.

The driver of a green Chevy Envoy lost control and crashed into a block wall of a self-storage facility.

“I was driving next to her, we were both going eastbound down Bear Valley Road, and I noticed her right before the crash just enjoying herself and singing along with music,” stated a Good Samaritan who stopped to help, but wished not to be named.

“I heard a loud pop, looked over and she was already crashed into the brick wall,” the man told Victor Valley News.

“She said she was thirty, she has some lacerations to her face and said her back was hurting. She was in a lot of pain,” he said.

Firefighters from Victorville City Fire responded to the crash along with AMR and Victorville Police.

Due to the severity of injuries, firefighters requested an airship to airlift the woman to an out of area trauma center.

No other injuries were reported in the crash. 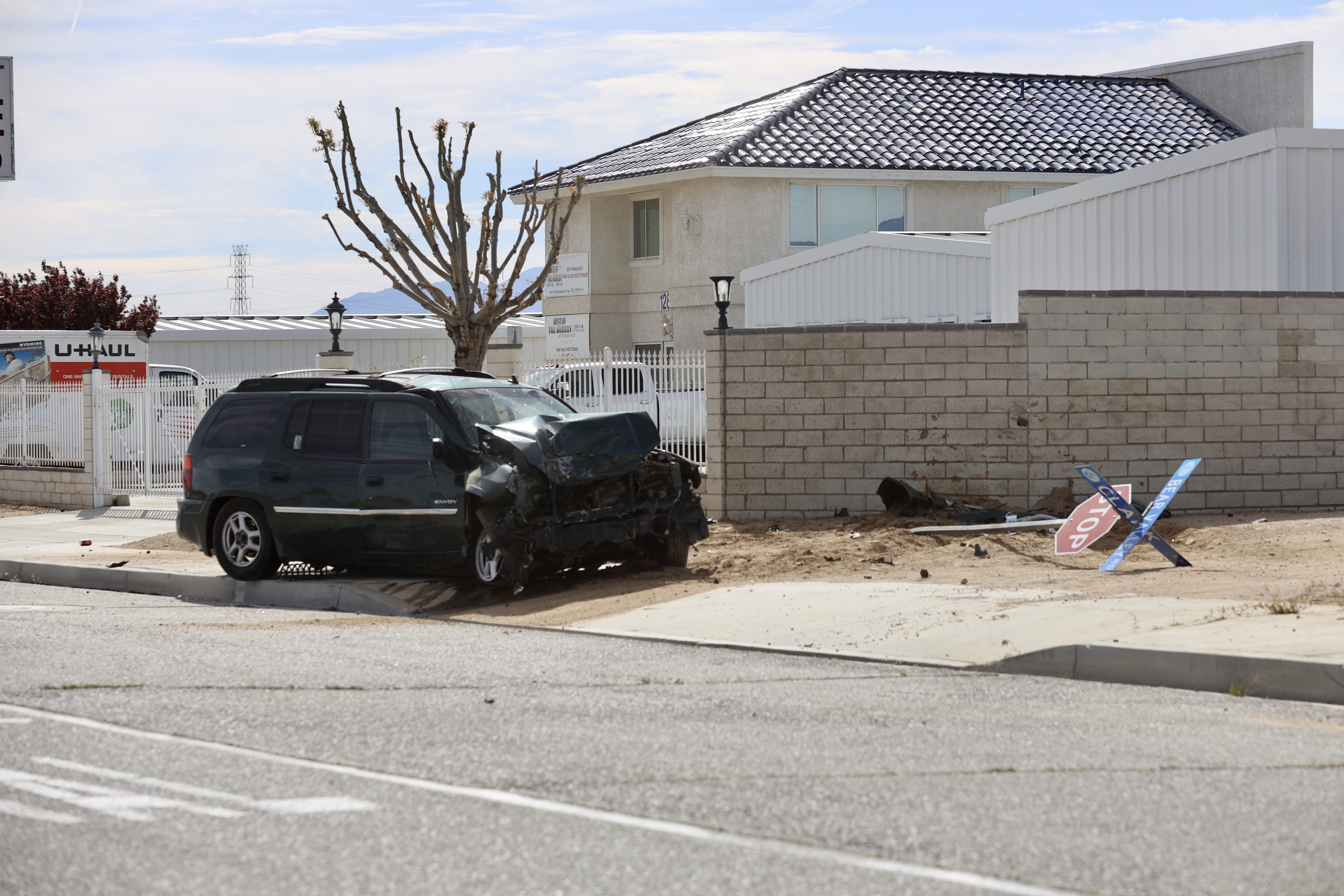