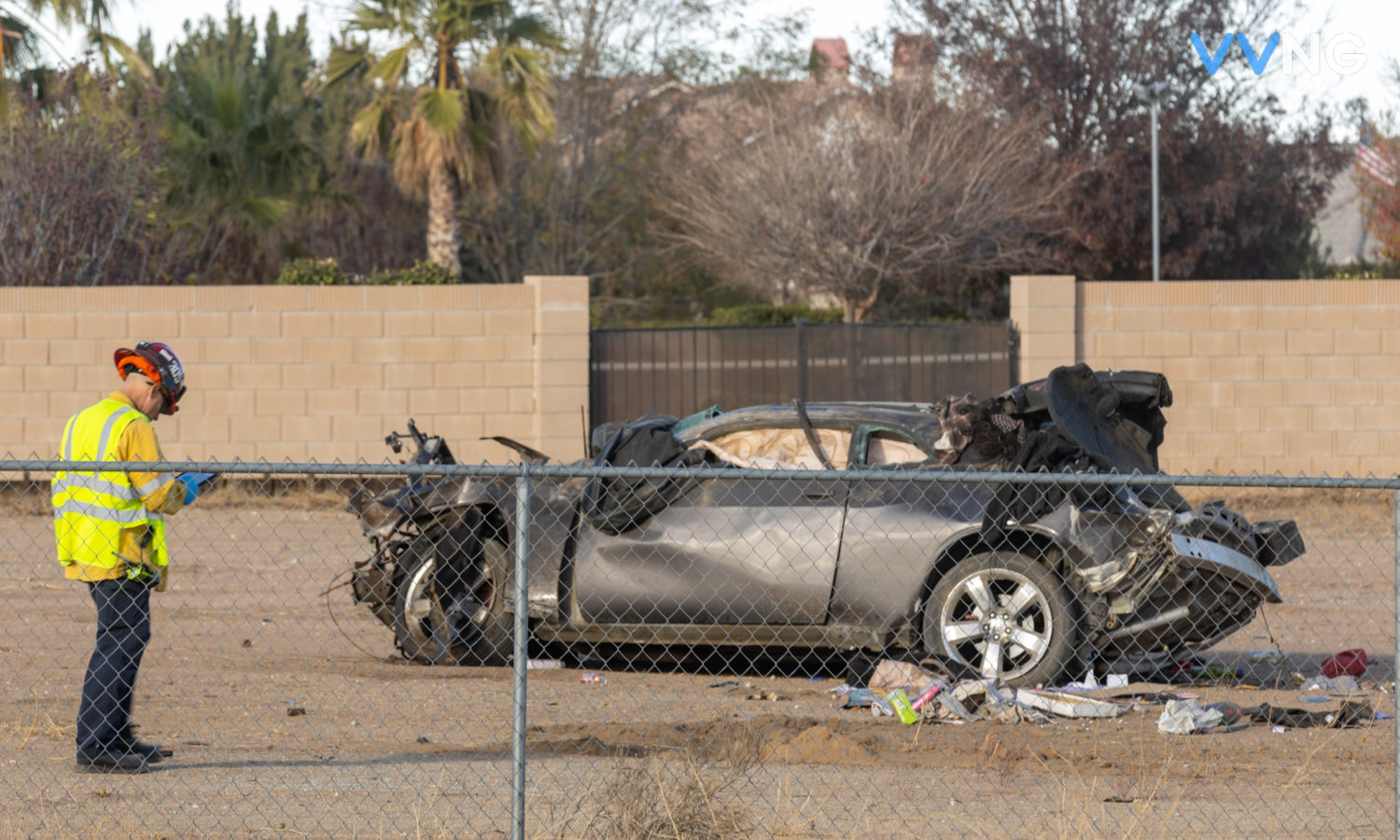 HESPERIA, Calif. (VVNG.com) — A female driver was airlifted to a trauma center after she was ejected from her vehicle during a rollover crash in Hesperia.

It happened at about 2:26 pm, on Monday, November 22, 2021, on Ranchero Road between Outpost and Lassen Roads.

According to the California Highway Patrol incident logs the vehicle involved was reported to be a dark gray Dodge Challenger.

A witness told VVNG the vehicle was eastbound on Ranchero Road when it suddenly overturned multiple times, went airborne over a chain-linked fence, and eventually landed in a dirt lot of a residence.

The woman was ejected and thrown approximately 80 feet from the vehicle. The female driver sustained a possible broken leg and was conscious at the time of transport. She was airlifted from Oak Hills High School to Arrowhead Regional Medical Center. No other injuries were reported.

The California Highway Patrol Victorville station is handling the investigation.