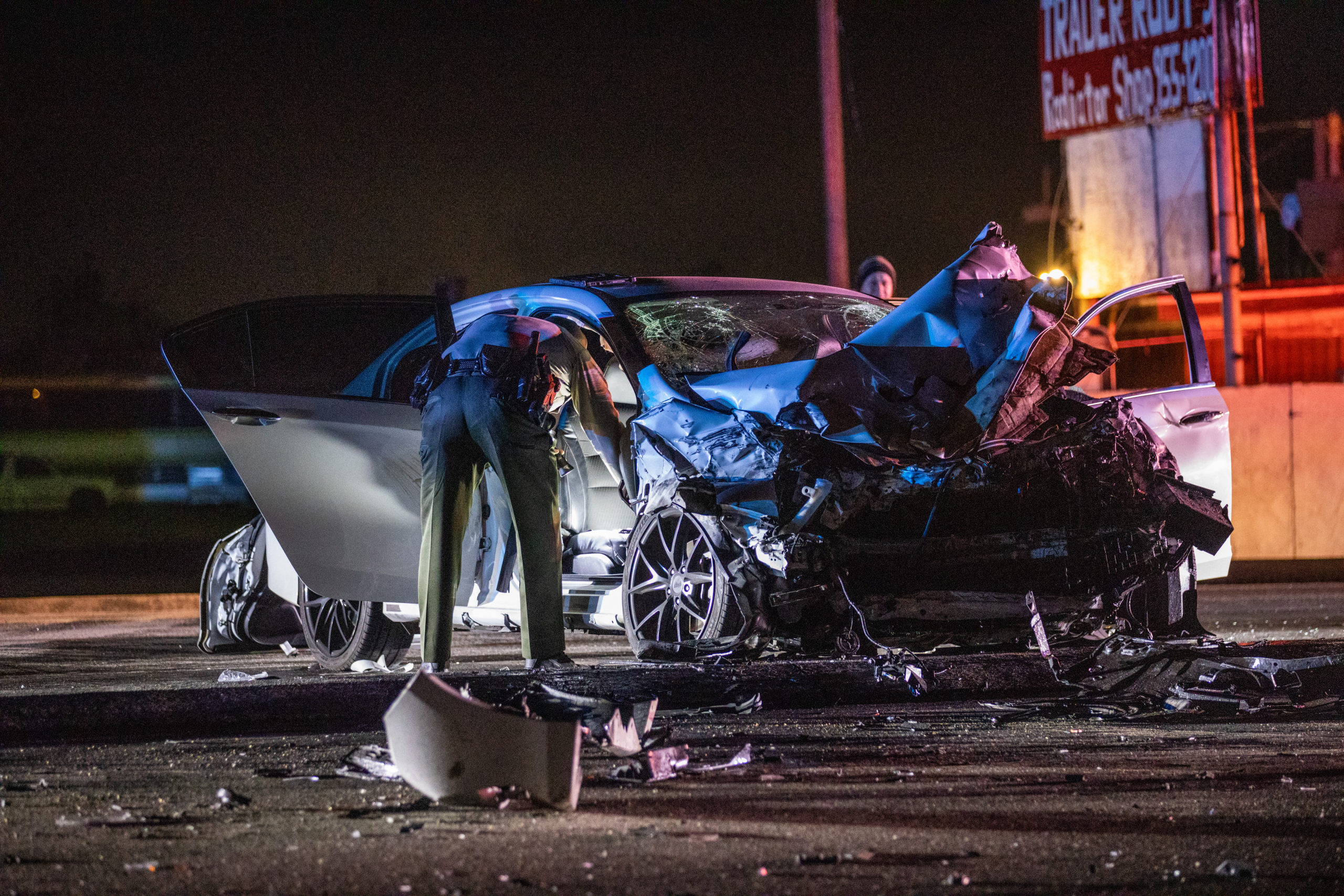 VICTORVILLE, Calif. (VVNG.com) — A 20-year-old woman was flown to a hospital following a crash in Victorville Tuesday morning. and three others were injured.

The crash happened on Palmdale Road and Emerald Road just before 4 AM., Tuesday, December 3, 2019, near Silverado High School.

Through investigation, deputies determined the sedan collided with a semi-truck, causing major damage to the vehicle.

Firefighters had to free at least one person from the wreckage.

The woman was flown to Arrowhead Regional Medical Center with unknown injuries.

Three other occupants were taken by ground ambulance to other hospitals.

The cause of the crash its under investigation at this time. Palmdale Road was closed in both directions while officials worked to transport the injured and clear the roadway.

No additional information was immediately available.