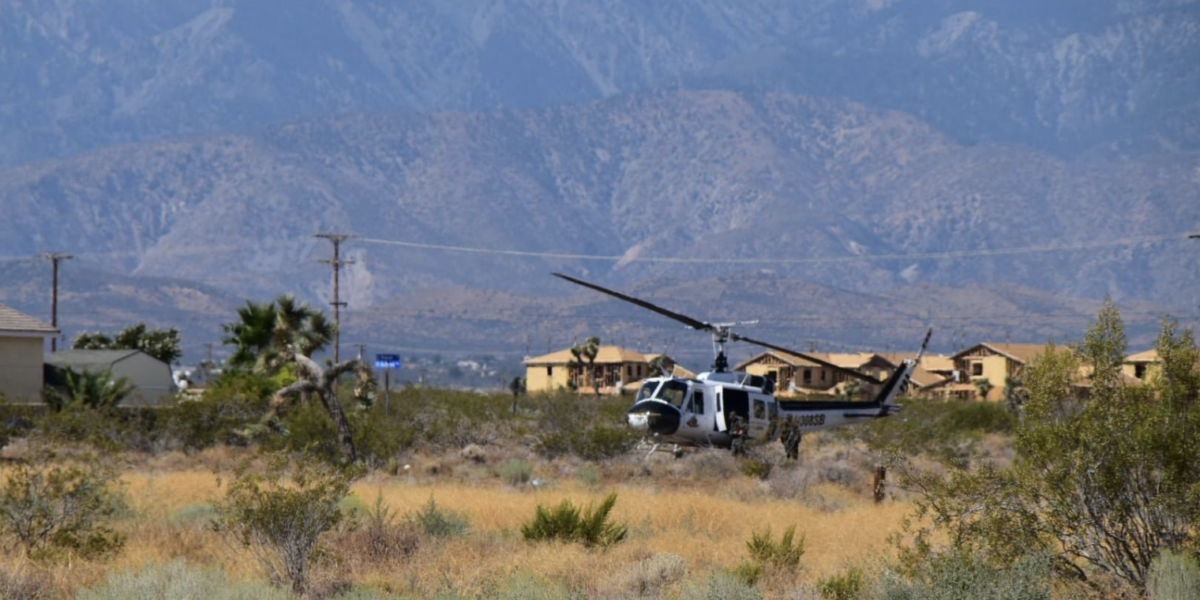 The sheriff's helicopter landed in a nearby field. (Photo taken by Delci F. Felix)

VICTORVILLE, Calif. (VVNG.com) — A 22-year-old woman arrested after a stand-off Saturday in Victorville is being held on a $1 million bail.

It happened just before 7:00 AM on August 15th when deputies responded to a burglary in the area of Garlock and Sequoia Roads near the community of Eagle Ranch with the suspect still on the property, officials said.

A sheriff’s aviation helicopter responded to assist ground deputies as they surrounded a residence behind Bear Valley Mesa Self Storage. Over a loudspeaker, deputies advised residents in the surrounding area to remain indoors.

Sheriff’s officials said after it was determined the suspect would not exit the home, SWAT responded to negotiate. At about 11:45 AM, the female suspect, identified as Priscilla Navarro, of Victorville, exited the home and was detained without incident.

Officials said she was transported to the hospital as a precaution and was medically cleared before she was booked for PC459 Burglary.

According to booking logs, her bail is set at $1 Million dollars and she is scheduled for arraignment in a Victorville courtroom on August 18, 2020.