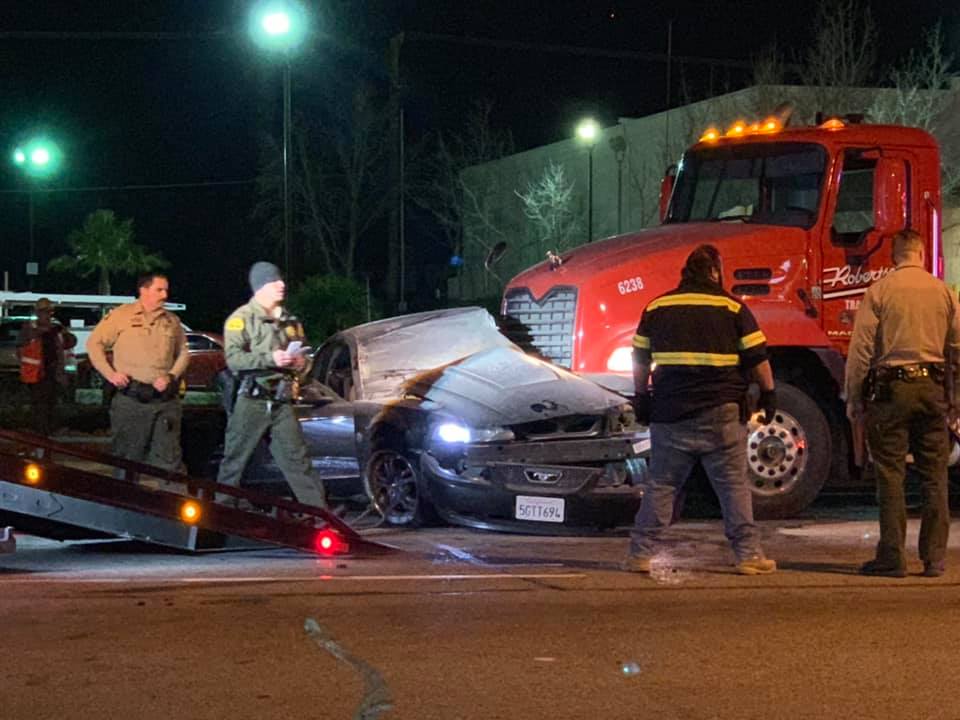 HESPERIA, Calif. (VVNG.com) — A 20-year-old woman was critically injured after a crash with a semi on Bear Valley Road.

The crash involved a 2004 Ford Mustang and a Robertson’s Transport cement truck driven by a 49-year-old male.

“As she made her turn, she pulled out in front of a big rig diesel truck which was traveling eastbound in the number three lane of Bear Valley Road. The diesel truck then collided with the Mustang,” stated Moran.

The semi and vehicle came to a stop in the center divider and partially in the westbound lanes.

The female driver of the Mustang suffered major injuries and was airlifted to an out of area trauma center.

Bear Valley Road was closed for a couple of hours as sheriff’s officials investigated and cleared the roadway.