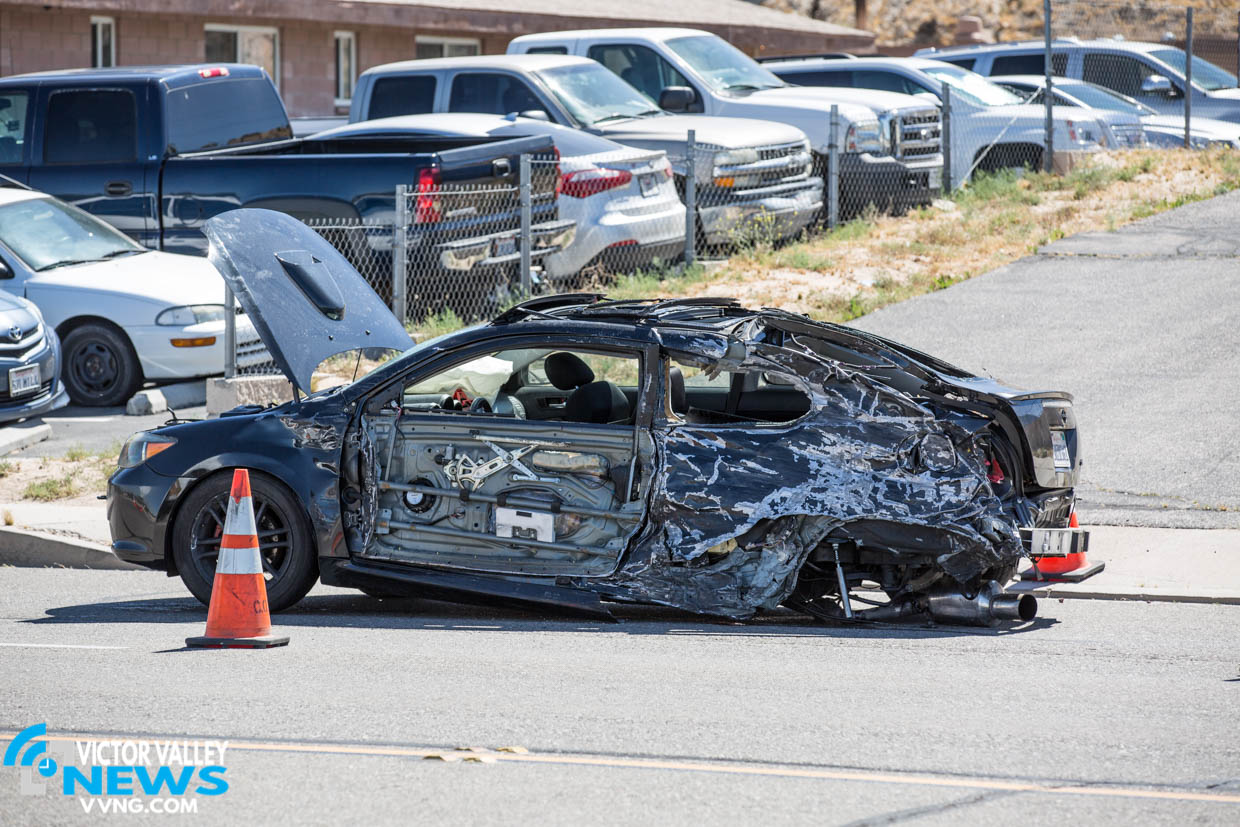 VICTORVILLE, Calif. (VVNG.com) Street racing is to blame for an early morning crash that injured two children and a female driver early Thursday morning near an elementary school.

Sheriff’s deputies said they responded to the call around 8:01 a.m. after a street racer crashed into a mini van on Hesperia Road near Center Street.

“The black Scion was traveling northbound in the #2 lane and an unidentified gray sedan was traveling in the #1 lane, and according to several witnesses the cars were racing,” said Deputy M. Chavez from the San Bernardino County Sheriff’s Station.

“The black sedan from the #2 lane passed the silver sedan, it veered over in front of the silver car and then into oncoming traffic, side-swiping the (van) that was heading southbound in the #1 lane” said Chavez.

The female driver of the van and two children were transported to Victor Valley Global Medical Center with minor injuries.

Deputy Chavez said the driver of the Scion, a male in his 20’s, was detained on suspicion of driving under the influence.

“Due to a traffic collision, Hesperia Road from Seneca to Verde Street is closed. This closure could last until 2 p.m. today,” Victorville City Spokeswoman said in a press realease. 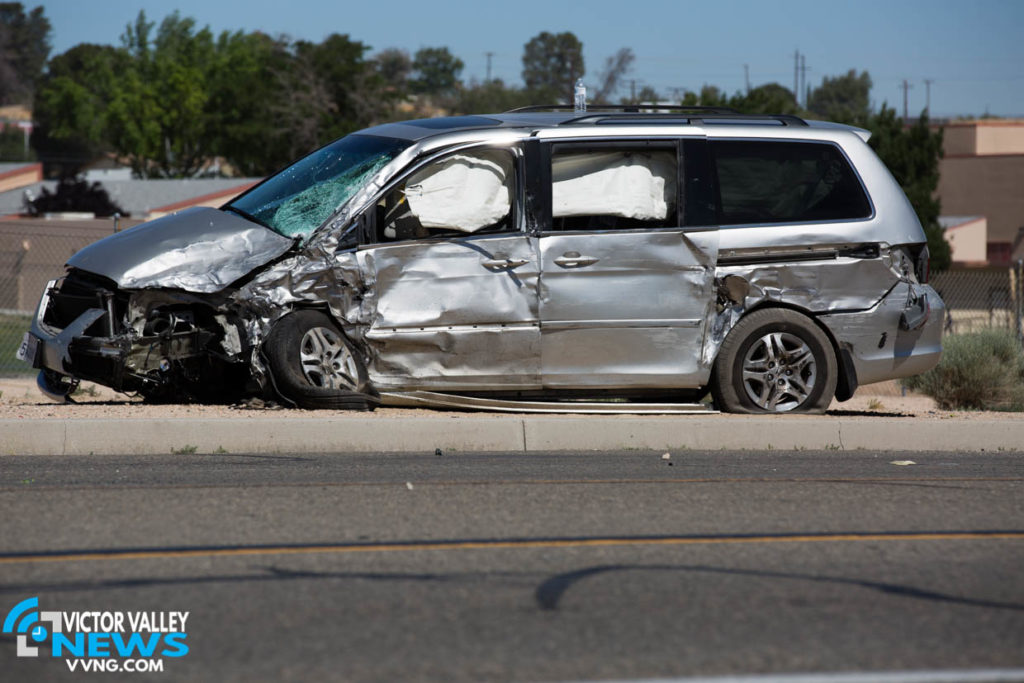