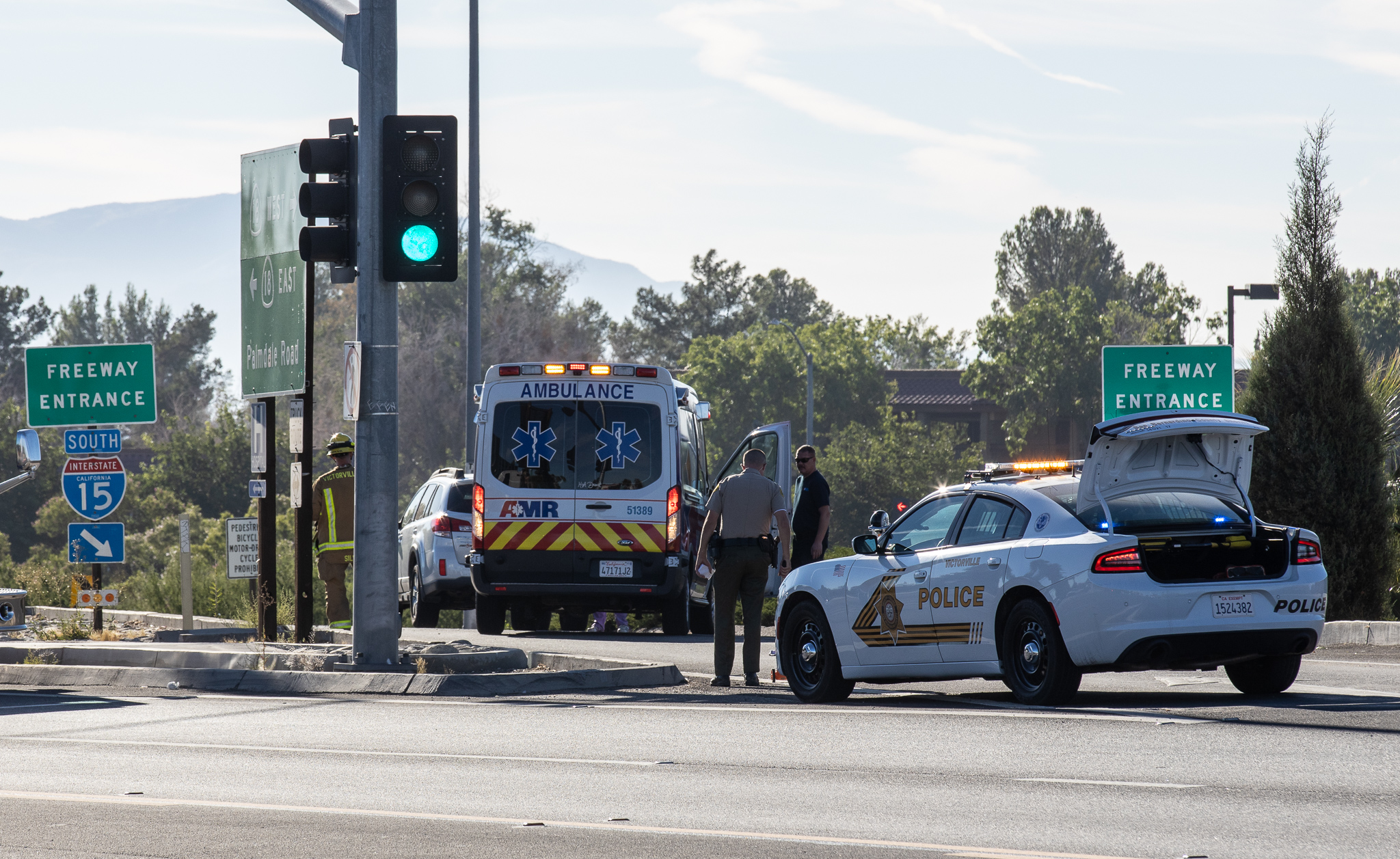 VICTORVILLE, Calif. (VVNG.com) — A helicopter landed on Palmdale Road Monday morning to airlift a pedestrian struck by a vehicle.

It happened at about 7:17 am on the southbound I-15 Palmdale Road on-ramp in Victorville.

Victorville City Fire responded and requested an airship to airlift the female to a trauma center.

Deputies shut down Palmdale Road in both directions while CHP Helicopter H-80 landed on the road.

The pedestrian, a 19-year-old female was flown to a nearby hospital for treatment. Her injuries and condition are not known at this time.

Sheriff’s spokeswoman Mara Rodriguez told Victor Valley News the pedestrian was walking along the south shoulder of Palmdale Road, near the freeway onramp as a Subaru was approaching the onramp to enter the freeway.

“The pedestrian saw the vehicle and began to run, in an attempt to make it across the roadway before the car when she was struck,” stated Rodriguez.

The driver, a 27-year-old female, was not injured and remained at the scene to cooperate with deputies.