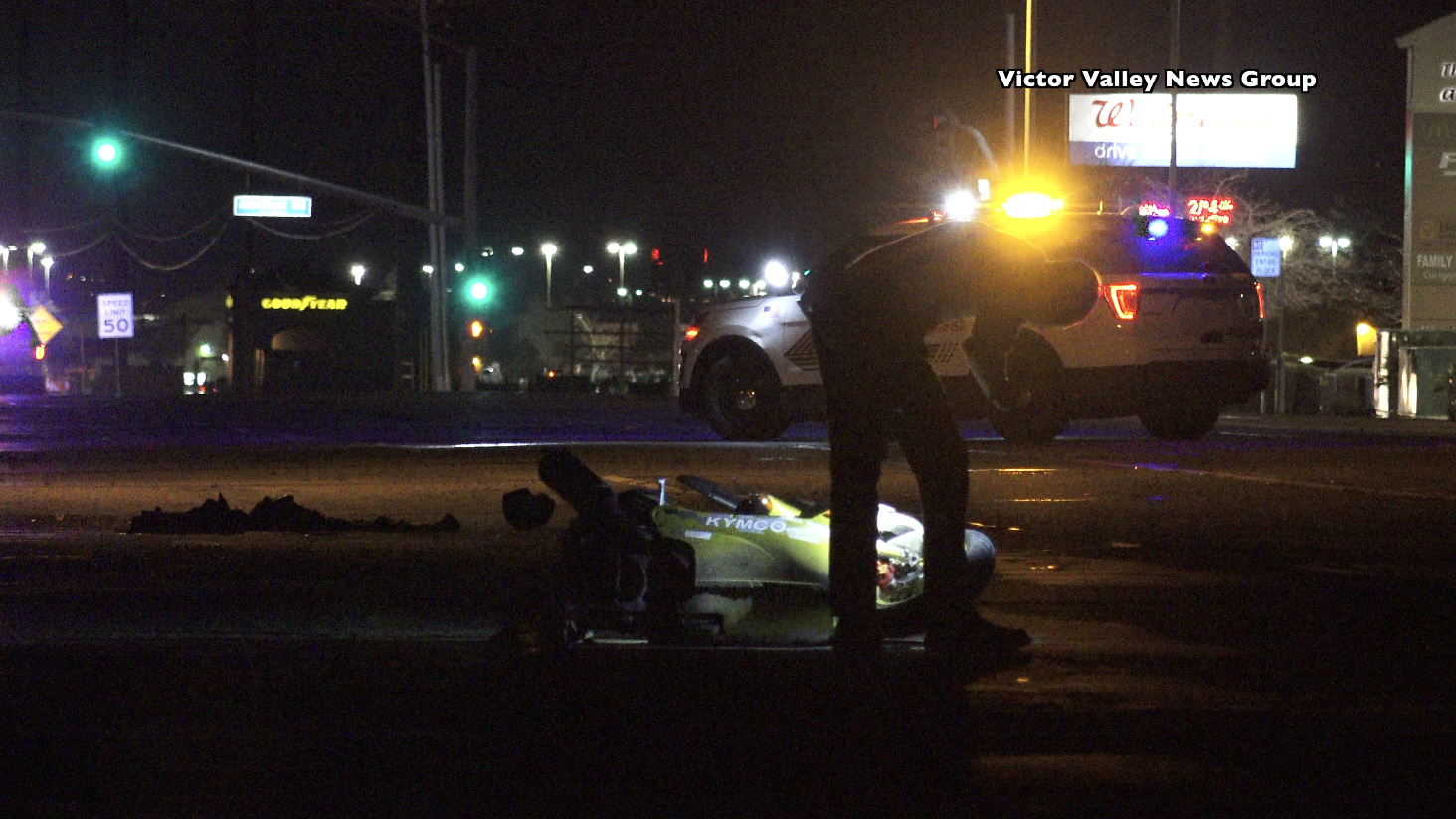 VICTORVILLE, Calif. (VVNG.com) – A witness who saw a car with major damage fleeing a crash followed the driver for several miles until the suspect crashed a second time and became trapped in his vehicle.

San Bernardino County Fire and the Victorville Police Department responded to a hit-and-run crash that was reported at 7:08 p.m. at the intersection of Bear Valley Road and Stonegate Drive, just west of Amethyst Road in the city of Victorville.

The severely injured rider was unconscious but breathing, Ivettee Cifuentes told Victor Valley News, she stopped to render aid to the victim, along with other Good Samaritans.

“I took his wallet out to find out his name, I kept calling him by his name the whole time. I’m so heart broken over this tragedy, for him and his family,” Cifuentes said about the rider.

According to Deputy Vogel with the Victorville PD, a witness who saw the vehicle with major damage followed the silver 2017 Nissan Maxima to the area of Monte Vista And Maricopa Roads where the suspect crashed into a tree while trying to maneuver a left turn onto Monte Vista Road.

The suspect was trapped in the vehicle until deputies were able to get him out and detain him. He sustained only minor injuries.

Police say he faces several charges, including felony hit-and-run and suspicion of driving under the influence of drugs and or alcohol.

Westbound Bear Valley Road at Stonegate Drive was closed for an investigation, as well as the intersection where the suspect crashed.

Officials did not have an update on the motorcycle rider’s condition as of late Saturday night.