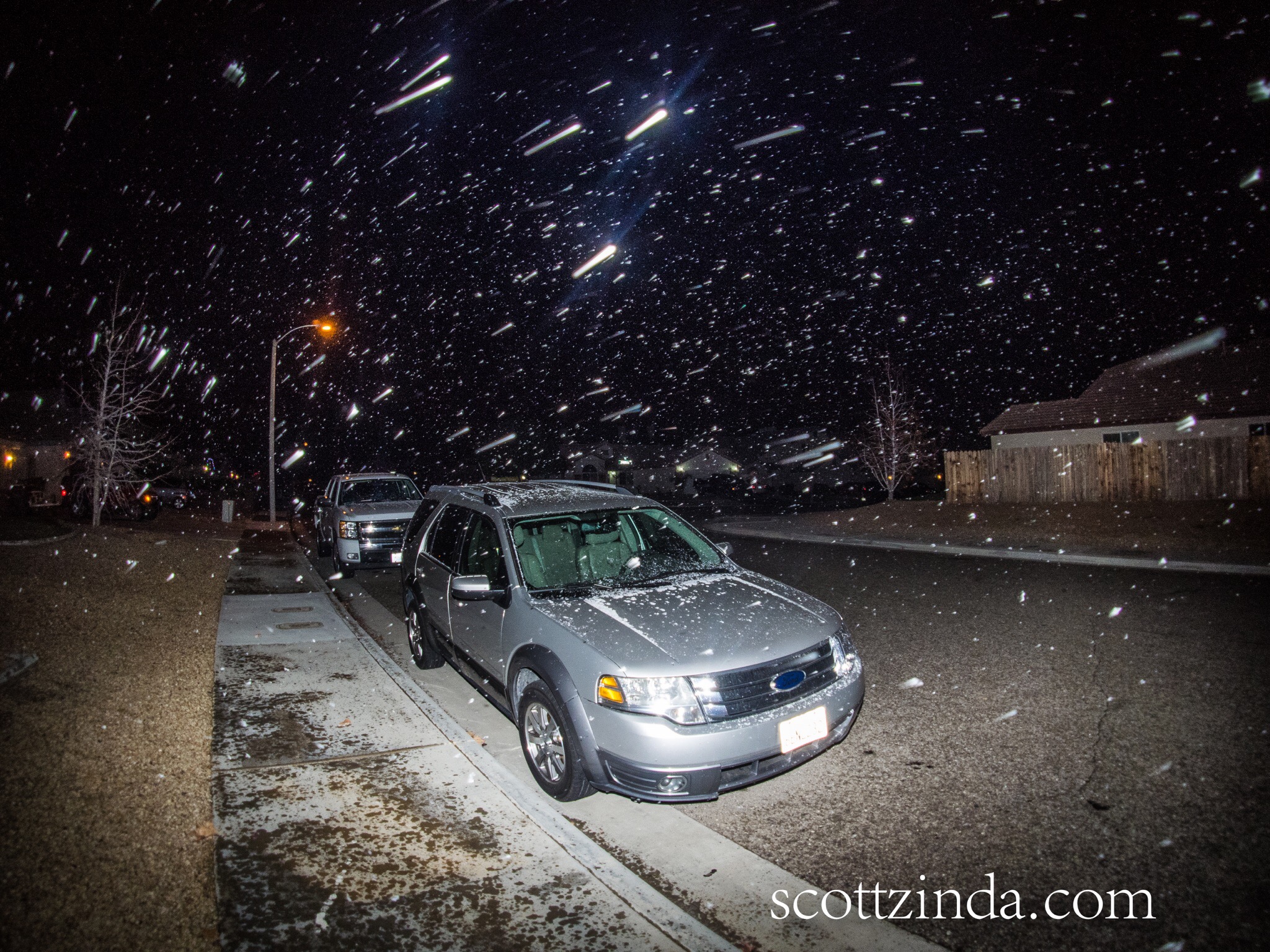 VICTOR VALLEY: (VVNG.com) – Residents of the Victor Valley woke up on the last day of the year to a dusting of snow. Snow levels fell from around 4,000 feet to 2,000 feet overnight bringing much of the area about 1 to 2 inches of snow. Especially in the higher elevations.

Snow began falling on late Tuesday evening and by the time residents were prepared to make their early morning commutes, much of the desert landscape was covered with snow. Very cold temperatures remain with a freeze watch in effect.

The Cajon pass remained open through most of the day as commuters made their way north to Las Vegas for New Year’s day. But the pass was soon closed in both directions around 9:30 PM, and remained that way through the entire night causing a backup that extended northbound all the way past the 210 freeway in RanchoCucamonga. There were reports of several accidents throughout the evening and spinouts.

As of Wednesday morning the Cajon Pass is reported to be open in both directions with no restrictions.

The last major storm seeing temperatures this low was in 2008 when a state of emergency was declared and where most people abandoned their vehicles stuck in the snow. This year ending snow was not all that bad.

“The storm was downgraded after many predictions of it being a very large event,” said Alexander Tardy of the National Weather Service. “Every little bit helps with drought conditions still high, especially in our mountains, but it will be very cold”

However once this storm passes the weather service predicts clear skies with very low temperatures all across the region.

National Weather Service is showing a hard freeze to be in effect into the New Year. With temperatures ranging in the high desert’s with lows 18° in the mountains falling to below 0°

The temperatures are predicted to rise into the 70s at the beaches with mostly sunny skies bringing in the new year and throughout the high desert with highs around 62 by the weekend.