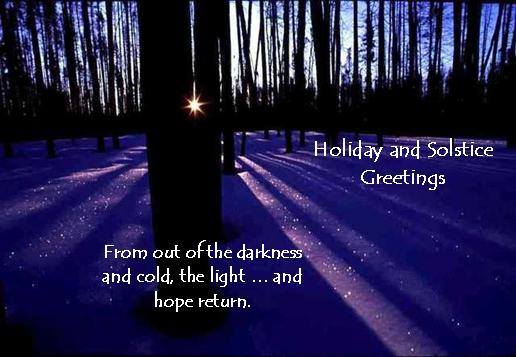 The Winter Solstice marks the official beginning to winter in 2013 and is also the darkest and shortest day of the year, when the sun reaches its southernmost point in the sky. The reason behind the occurrence of winter solstice is that the Earth does not spin upright, but on an axis 23.5 degrees from the vertical.

-The Winter Solstice begins Dec. 21, 2013, at 5:11 Coordinated Universal Time or 12:11 p.m. Eastern time. On that day, the continental United States will receive nine hours and 32 minutes of daylight.

-The word “solstice” comes from the Latin words “sol” for sun and “sisto” for “stop.” On Dec. 21, the sun will stop moving southward, pause and begin moving northward. The date has held special meaning throughout history.

-A solstice is different from an equinox, the two times each year when the sun is directly above the Earth’s equator and day and night are of equal length. Equinoxes mark the beginning of spring (March) and fall (September).

-The opposite of the Winter Solstice is the Summer Solstice, which happens in the middle of June, when the sun is directly over the Tropic of Capicorn. It’s also the longest day of the year.

While the winter solstice is something you can expect around Dec. 21 every year, it can occur anywhere from Dec. 20 to Dec. 23, though solstices on the dates on either side of that range are rare. According to timeanddate.com:

All of this increasing daylight leads up to the 2014 summer solstice, marking the longest day – sunrise to sunset, that is – of next year and the beginning of summer. That will occur at 6:51 a.m. EDT on June 21. In between will be the spring equinox at 12:57 EDT on March 20, when there will be about the same amount of daylight and nighttime.