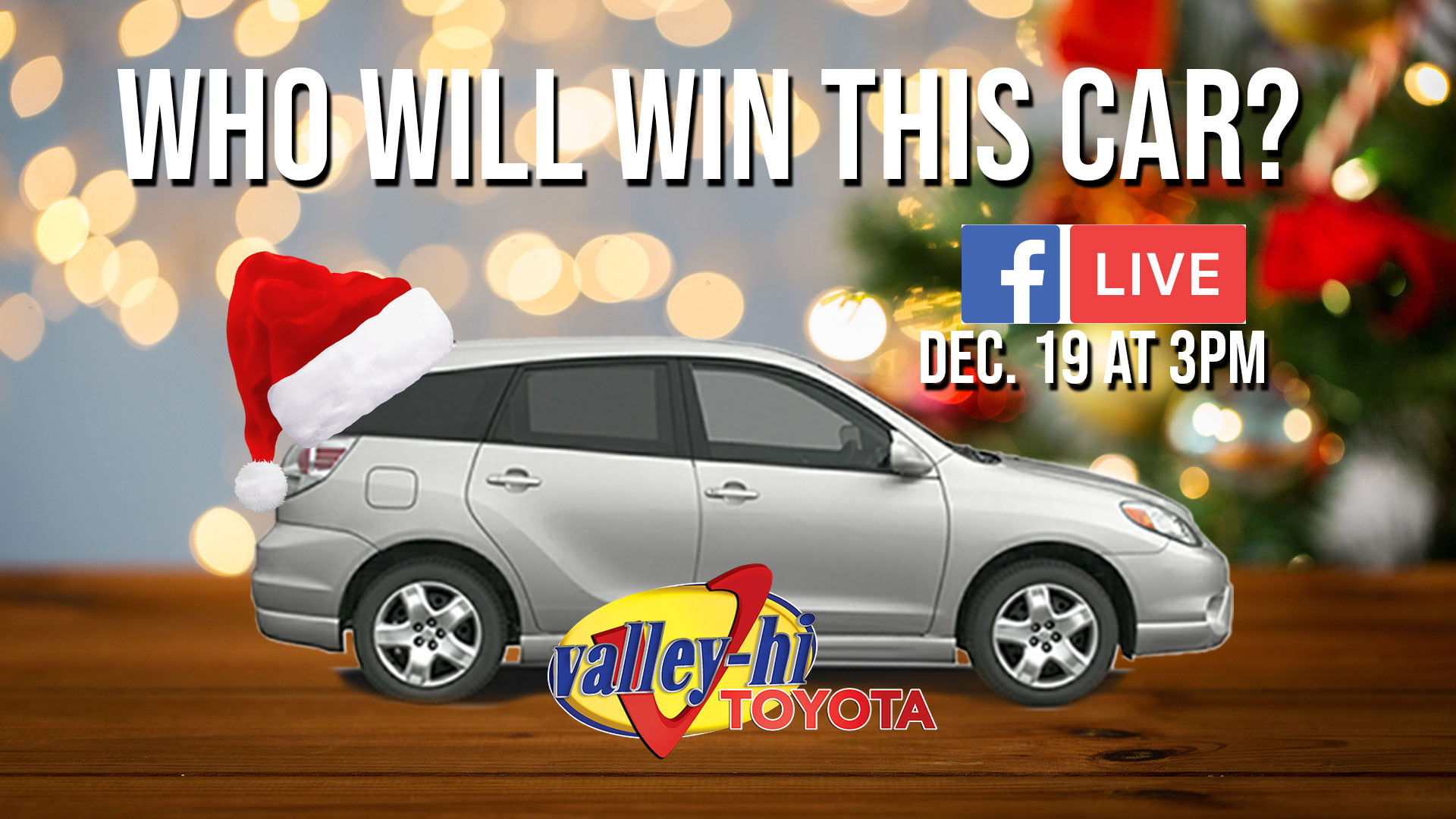 VICTORVILLE, CALIF. (VVNG.com) — The time has finally come. A winner of Valley Hi Toyota’s Used Car Giveaway 17 will be crowned on Wednesday around on Facebook Live.

On Halloween, the Victorville Toyota dealership unveiled a 2008 Toyota Matrix as the next giveaway car.

Finalists were selected by simple comments on a Facebook post, to Veteran nominees, to a simple questionnaire, to more Facebook comments; the time is here. 26 finalists will have an opportunity to drive off just in time for Christmas.

“I’m not saying we’ll reward a live watcher to be a finalist for our next giveaway, but it’s always great to tune in LIVE while we’re on Facebook.” Brian Ortega, Creative Director said with a smirk. Last Friday, a Kindle Fire was given away while they went live. “We’re hoping as we get close to the end of the contest, finalists will record their reactions so we can post it.”

For those who are not finalists or who want a great deal on a new vehicle for the Holidays, Toyotathon is on at Valley Hi Toyota!

specials on new cars, trucks, and as well as a variety of Pre-Owned vehicles to choose from.