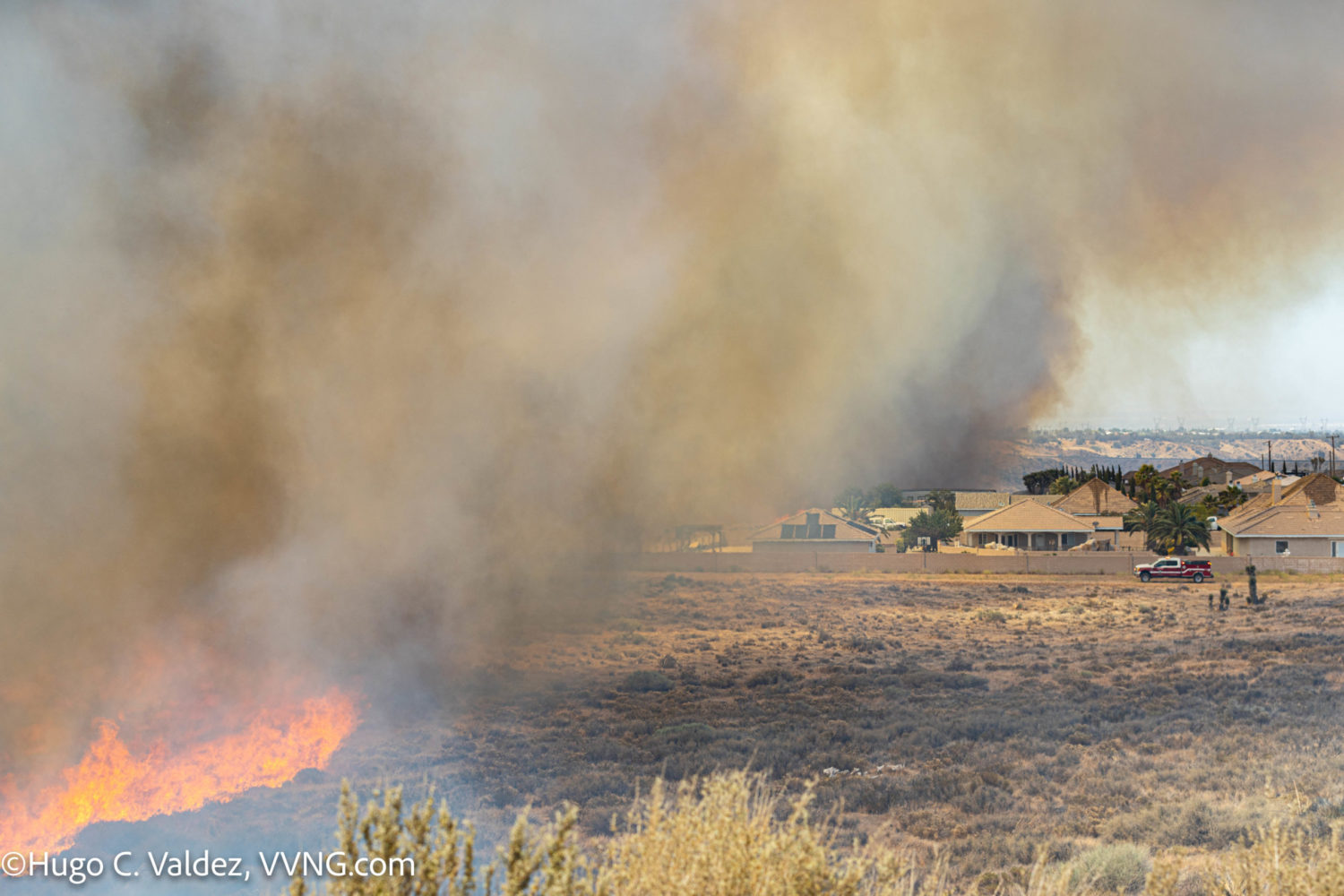 UPDATE @ 8:00 p.m. — The wind-driven Farm Fire in Hesperia scorched a total of 250 acres and is 30% contained as of Wednesday evening, officials said. There is no longer a structure threat and all aircraft have been released.

No structures were damaged and no injuries were reported. The cause of the fire remains under investigation.

UPDATE: @2:15 p.m., The fire has reached 100 acres, and additional air tankers have been requested.

OAK HILLS, CALIF. (VVNG.COM) — San Bernardino County firefighters were at the scene of a vegetation fire Wednesday afternoon at 1:15 p.m. in the area of Ranchero Road and Caliente Road in the Oak Hills community of Hesperia.

Investigators have been called to the scene to determine how the fire began, but fire officials say the fire is spreading at a high rate of speed due to high winds.

As of 1:50 p.m., officials estimate the fire has burned approximately 30 acres, with a potential of reaching up to 300 acres.

Officials confirmed there is an immediate threat to nearby structures in the area.

Cal Fire and County Fire has requested a full response, including air attack. Four tankers have been requested along with 1 helicopter.

This is a developing story, please refresh this article periodically for updates.

Suspect arrested for attempted murder after stabbing woman in Victorville

Victorville man arrested for obstructing and resisting an officer