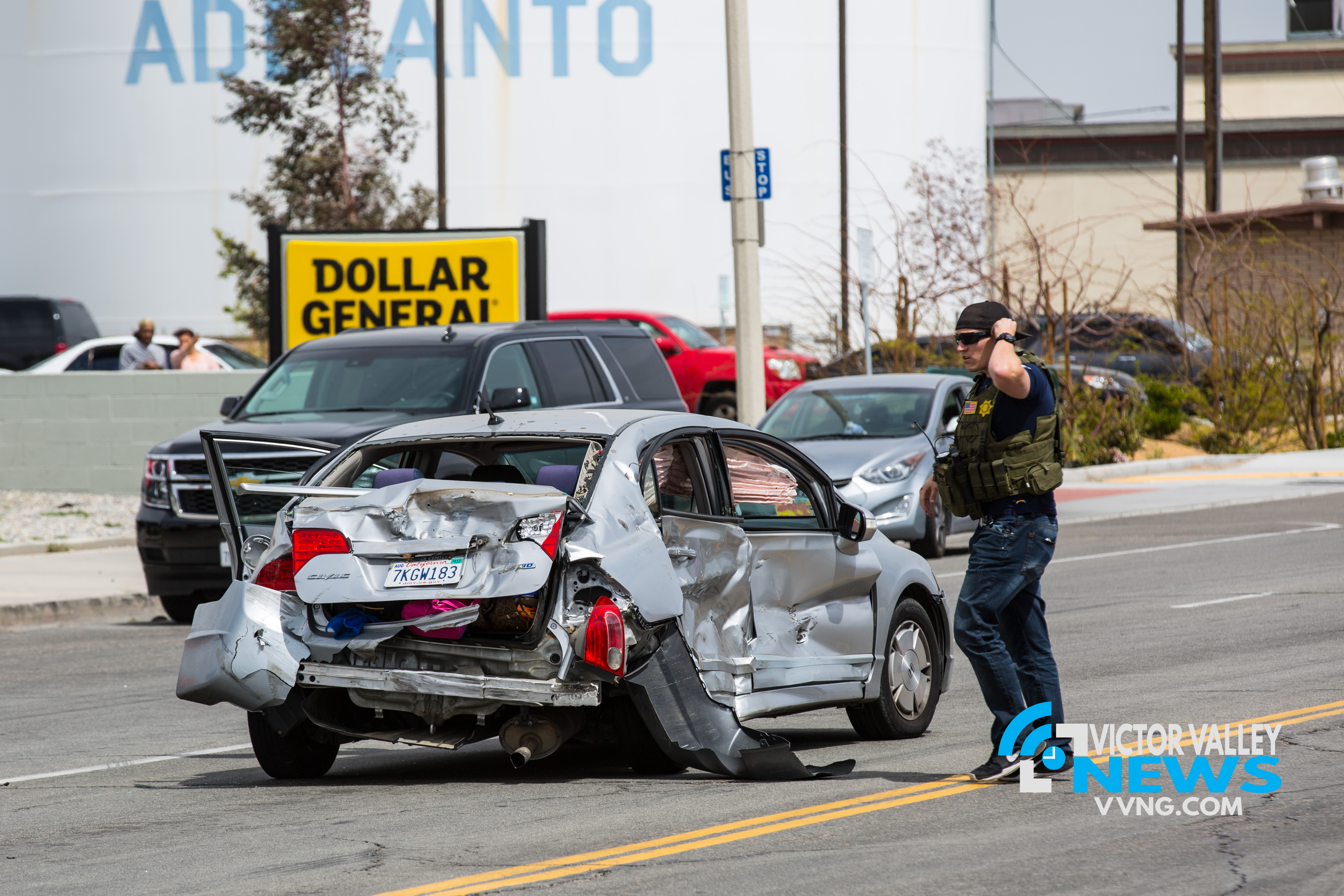 At about 1:25 p.m. a deputy observed a black Ford Crown Victoria driving recklessly in the area of Hesperia Road and Center Street in Victorville. The deputy attempted a traffic stop, however, the vehicle failed to yield and sped off at a high-rate of speed.

With no regard for public safety, the suspect, later identified as Thomas Buckner, 18, continued to drive recklessly blowing through stop signs, driving into oncoming traffic, and speeding through school zones.

The vehicle entered northbound onto the I-15 freeway continuing to drive speeds of 100mph in the “gutter lane” and eventually exited at Palmdale Road.

As the pursuit was taking place, the vehicle caused two separate collisions. The first at Green Tree Boulevard and Hesperia Road and the second at Amethyst Road and Palmdale Road. No injuries were reported in either collision.

Due to the potential threat to the public deputies in the pursuit were called off. Sheriff’s helicopter 40king took over the pursuit and followed the vehicle as it weaved in and out of traffic at a high-rate of speed.

40King continued to follow the vehicle for several miles relaying the location back to dispatch. The vehicle turned westbound onto Mojave Drive and eventually northbound on US Highway 395.

At about 1:45 p.m. the vehicle approached the intersection of Highway 395 and Air Expressway the suspect drove off the roadway and into oncoming traffic, causing an injury crash involving a silver Honda Civic and a white Dodge Ram 1500.

Immediately the crash, the suspect exited the vehicle and fled on foot towards a water tower, per scanner reports. Moments later the suspect was apprehended and taken into custody without incident.

According to authorities, five people including two children were injured as a result of the crash on Air Expressway including two small children. 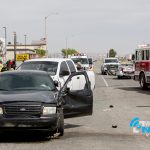 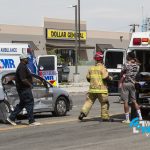 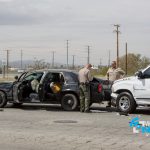 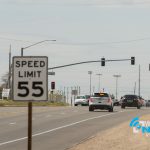 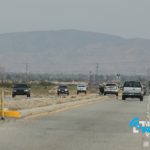 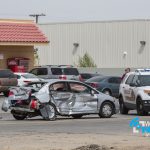