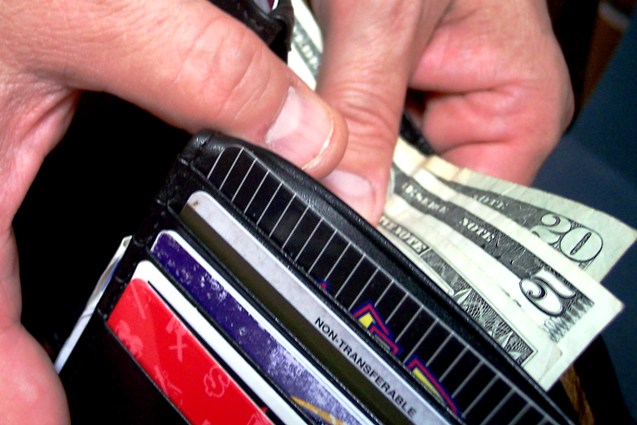 In my most recent Valley Voices column I wrote about the need to move on from the now-settled Trump/Russia scandal to focus on the more serious issues we confront. Problems such as our crumbling infrastructure, border security, student loan debt, the opioid crisis, and homelessness may require substantial commitments of resources to successfully address. And yet, when faced with how to pay for solutions to these problems our elected leaders predictably return to the same old well – the taxpayers.

A case in point is the call for increases in federal fuel taxes to finance a national infrastructure program, something that is said to have “bipartisan support”.  For those of us in California who are already coping with gas prices well in excess of $ 4 per gallon this cannot be seen as a welcome development. Other  suggestions for raising revenue in support of government initiatives include the “soak the rich” proposals being floated by many of the candidates for the Democrat Party presidential nomination. Senator Elizabeth Warren, for example, has suggested that we finance $ 650 billion in student loan debt forgiveness by imposing a wealth tax on the top two percent of Americans.

Proponents of these seemingly easy money solutions lack a basic understanding of capital mobility. Simply put, if people are taxed too highly they leave. According to the American Community Survey California lost one million residents, 2.5% of its population, between 2007 and 2016; out-migration has exceeded in-migration every year since at least 1990. This trend has not slowed; the San Jose Mercury News reports that in 2018 alone about 130,000 more residents left California for other states than came here from them. Not surprisingly the top states to which these folks are migrating – Texas, Arizona and Nevada – are known for their more favorable tax and regulatory environments.

This tendency often plays out at the national level as well. French actor Gerard Depardieu famously became a tax resident of Belgium after France imposed a 75 percent levy on millionaire earners. Efforts to squeeze more revenue from reluctant taxpayers are likely to result in revenue losses from out-migration that may offset any returns intended to finance infrastructure investment or other public needs.

An alternative to “revenue enhancements” perennially popular with politicians while considerably less so with taxpayers would be to closely examine our existing spending with an eye toward shifting funds from lower to higher priority initiatives. In this regard, commitments of US troops in foreign countries warrant especially close scrutiny. According to a 2016 Mint Press News Desk report the United States spends $ 156 billion annually on overseas military bases. The IISS Military Balance Blog estimates that total US military spending of $ 603 billion in 2017 amounted to 70 percent of all NATO spending. Many of these commitments stem from long-resolved conflicts dating back to the mid-20th century; more importantly, many of the countries benefiting from these expenditures are among the top holders of US sovereign debt.

Japan,  America’s number two creditor, holds over $ 1.1 trillion in US debt while benefitting from the presence of more US troops (nearly 40,000) than any other foreign country. America’s second-largest contingent of foreign-based troops is in Germany (nearly 35,000), which holds $ 90 billion in US debt (#15 on the list according to Business Insider). Our third largest troop presence is in South Korea (24,000 troops), holder of $ 84 billion in sovereign US debt (#17). Coming in at number six on the foreign troops list with 8,500 is the United Kingdom, which is also the #7 holder of US debt at ($ 228 billion).

It is fair to wonder why our country would borrow money from these nations to finance our budget deficits while committing billions of the same money to the defense of our creditors. Would it not make more sense to demand that these countries pay more for their own defense rather than having us pay for it with money borrowed from them? A mere ten percent reduction in spending on overseas military bases would generate roughly $ 16 billion annually that could be spent on infrastructure and other needs.  This is just one of many examples of existing government spending that need to be more closely examined before hitting up the taxpayers for even more revenue.