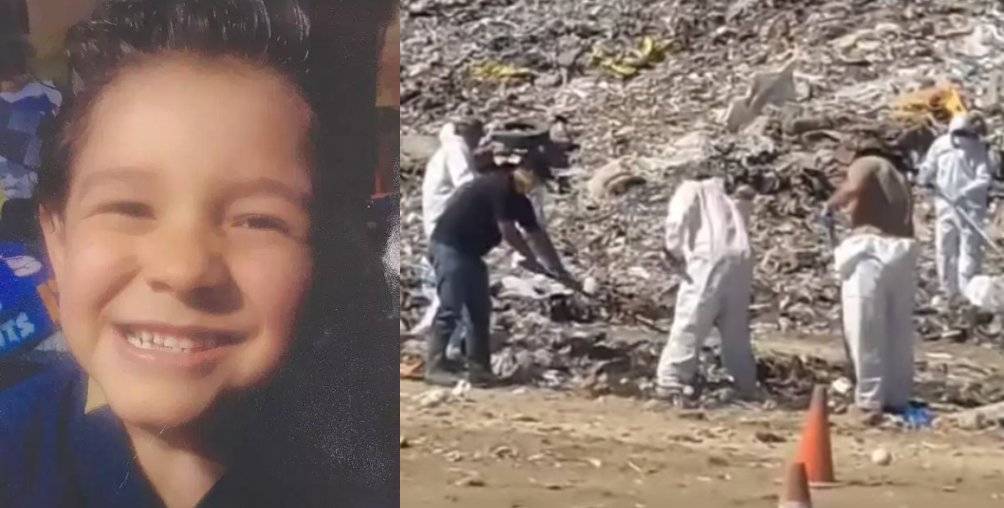 VICTORVILLE, Calif. (VVNG.com) — The search for Duke Flores is now in its 5th week, and despite the desert heat rising to a near 100 degrees this week, officials continue to sift through tons of trash at the landfill.

The search for the 6-year-old’s body has been underway since late April after a welfare check requested by a family member led to the arrest of his mother Jackee Contreras and her twin sister, Jennifer Contreras (Duke’s aunt) in Apple Valley.

Despite the fact that Duke’s body has not been found, the San Bernardino County District Attorney’s office filed murder charges against the 29-year-old twins.

Duke had been missing for two weeks without his mother Jackee reporting him missing.

The Sheriff’s Department described the light-skinned Hispanic boy as tall for his age, being 3 feet 10 inches tall in height, brown hair and brown eyes with no known medical issues; He was last seen on the 22000 block of Cherokee Avenue.

Following investigative leads, detectives believe that Duke was placed in a dumpster, prompting over a monthlong search of combing through tons of material at the Victorville landfill in hopes of finding him.

San Bernardino County Sheriff’s Spokeswoman Cindy Bachman told VVNG on Wednesday that the search is continuing, and that progress is evaluated each week to determine how long they will continue to search that area.

Due to the area being ruled an active crime scene, Bachman said the public is not allowed to help in the search at the landfill and for people to continue reporting any information related to the case.

Another way of helping those out at the landfill is by continuing to post encouraging messages and positive thoughts for the search team/volunteers to see. Those wanting to send thank you notes can send them directly to the San Bernardino County Sheriff’s Headquarters at 655 E 3rd St, San Bernardino, CA 92415.

The search for Duke Flores is expected to resume on Thursday in the morning. Additional information will be released as soon as it becomes available.