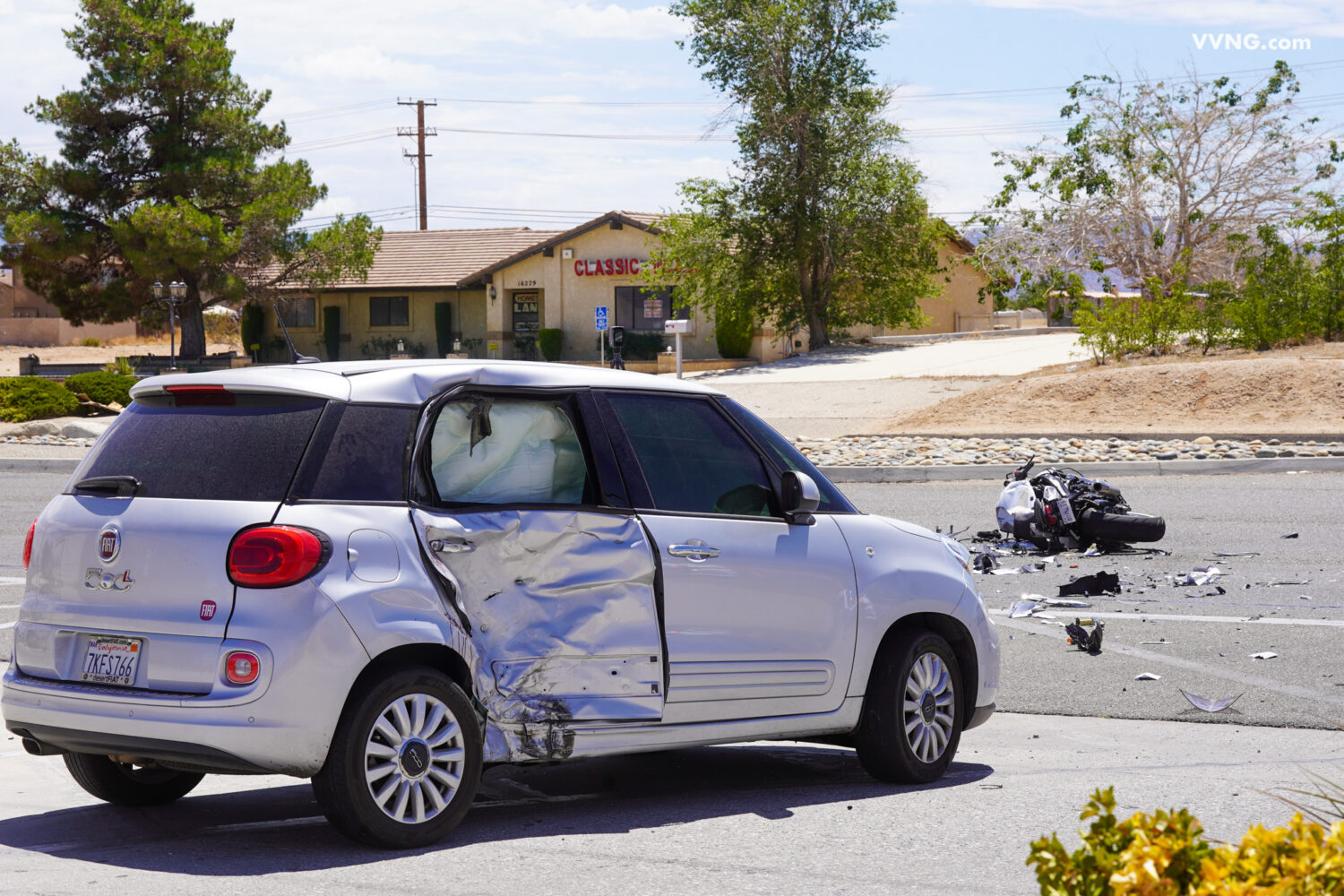 UPDATE 8/13 @ 8:40 am — Through investigation, deputies determined the driver of a Silver Fiat 500L made a left turn from Bear Valley Road into a shopping center parking lot. The driver of a white Suzuki GSX-R600L9 drove west on Bear Valley Road, striking the rear passenger door of the Fiat.

The driver of the Suzuki was ejected from the motorcycle and was pronounced deceased at Desert Valley Medical Center. His identity was not released.

Just before 11:00 am, on Friday, August 12, 2022, emergency personnel and deputies responded to a traffic collision near the entrance of the Food 4 Less shopping center between Seventh and Fifth Streets.

Firefighters arrived on the scene and located the rider down in the roadway. Sheriff’s spokeswoman Gloria Huerta said the rider was transported to the hospital but an update on his condition was not available.

The male driver of a silver Fiat with damage to the right rear passenger side remained at the scene during the investigation. Officers confirmed that alcohol or drugs were not a factor in the accident.

Westbound Bear Valley Road is currently closed between Fifth and Seventh Avenue in Victorville. The road closure has prompted major traffic congestion and motorists should avoid the area until the investigation is wrapped up.

The investigation into the cause of the collision was ongoing as of 1:00 pm. Additional information will be updated as it becomes available.