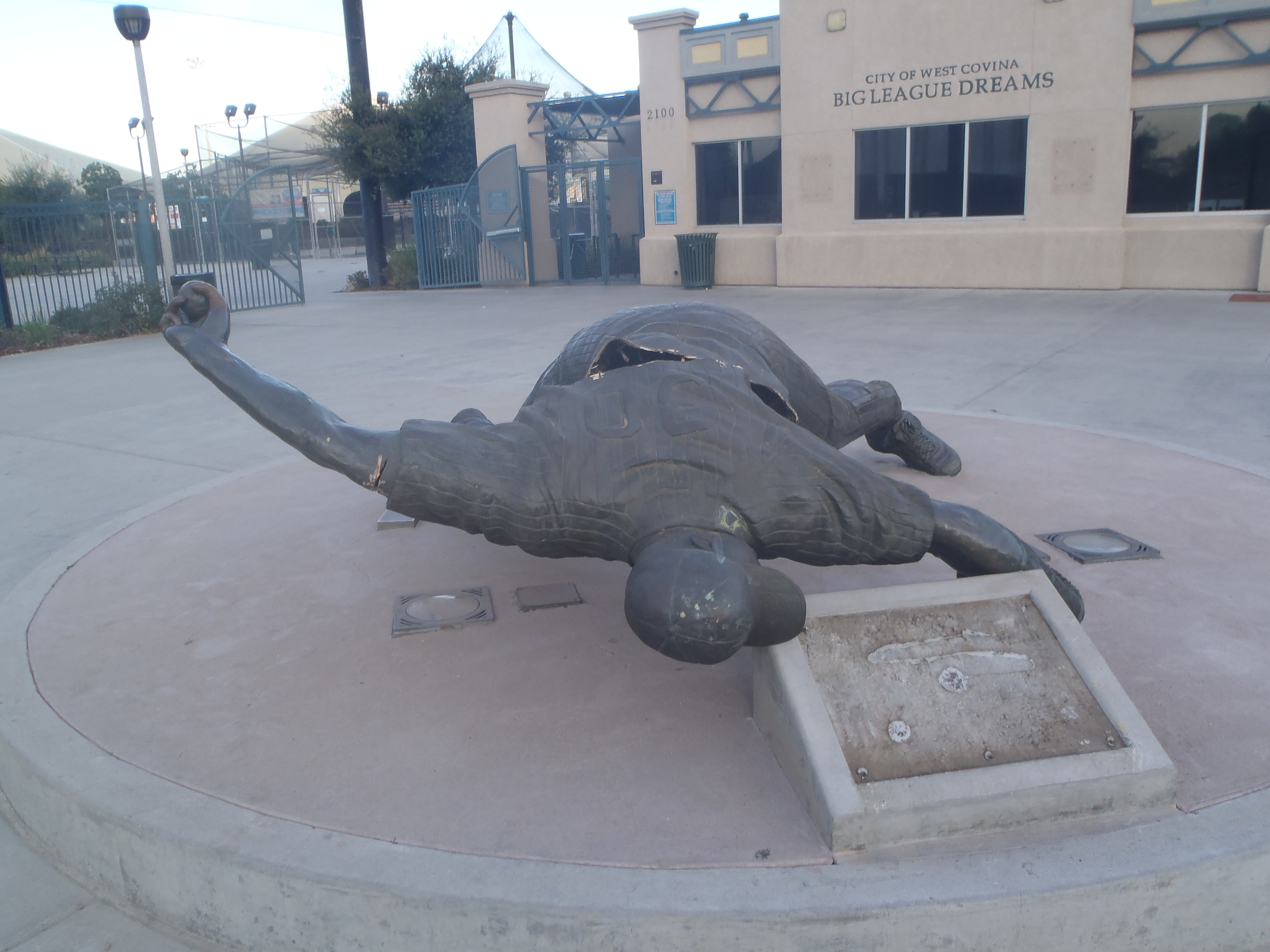 In addition to the damage, three bronze plaques were removed from the area near the statue. The stolen plaques recognized the West Covina City Council, Big League Dream Officials and listed a biography of Baseball player Cory Lidle. The plaques were dedicated in the grand opening of the facility in October of 2007. The crimes are being investigated by the West Covina Police Department.

West Covina City Mayor Steve Herfert said, “The vandalism to the Cory Lidle statue is a deplorable act by some despicable human beings. The City of West Covina will find these vandals and prosecute them to the fullest degree possible. To damage a statue memorializing the life of Cory Lidle is very personal to all of our residents. Cory’s life represents the hopes and dreams of every baseball player and kind person in our City. I promise our residents this act of vandalism will not deter us from our goal of fulfilling dreams at our Big League Dreams facility. The statue will be repaired and we will be stronger in our resolve to stop crime and vandalism. We are a City united by our belief of improving lives and caring for our fellow man.”