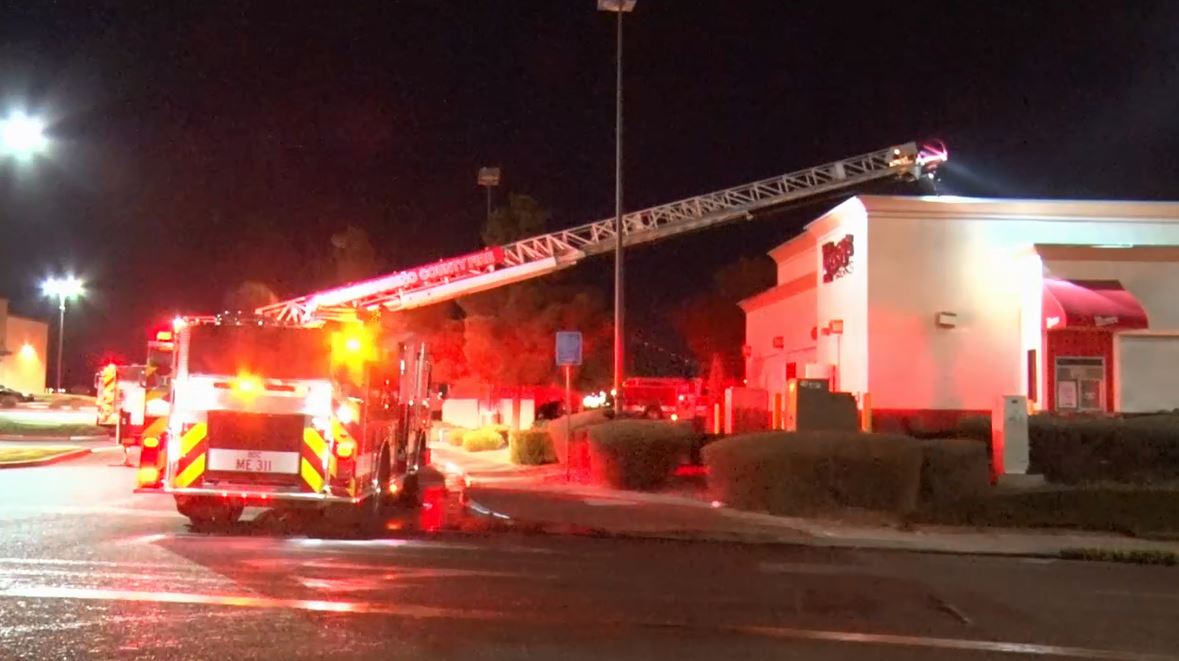 VICTORVILLE, Calif. (VVNG.com) — A fire at a Victorville Wendy’s forced employees to evacuate Wednesday night, but no one was hurt.

At about 10:30 pm, firefighters from San Bernardino County Fire responded to the fast-food restaurant in the 14300 block of Bear Valley Road reference a commercial structure fire.

Firefighters arrived and found the building charred with thick smoke and an active fire in the kitchen, scanner traffic reported.  After a search of the building, firefighters went into the attack mode and knocked down the fire by 10:57 pm.

According to employees inside the restaurant, the fire started after a fryer burst into flames. The manager acted quickly and rushed everyone who was in the building to evacuate.

Victorville City Building & Safety, Southern California Edison, Southwest Gas, and an SBC Fire Investigator have all been requested to respond to the scene.

The official cause of the fire remains under investigation. The story is developing and information will be updated as it becomes available.

Car in Hesperia driveway goes up in flames; no injuries

Valpak is randomly mailing out $100 checks with your coupons