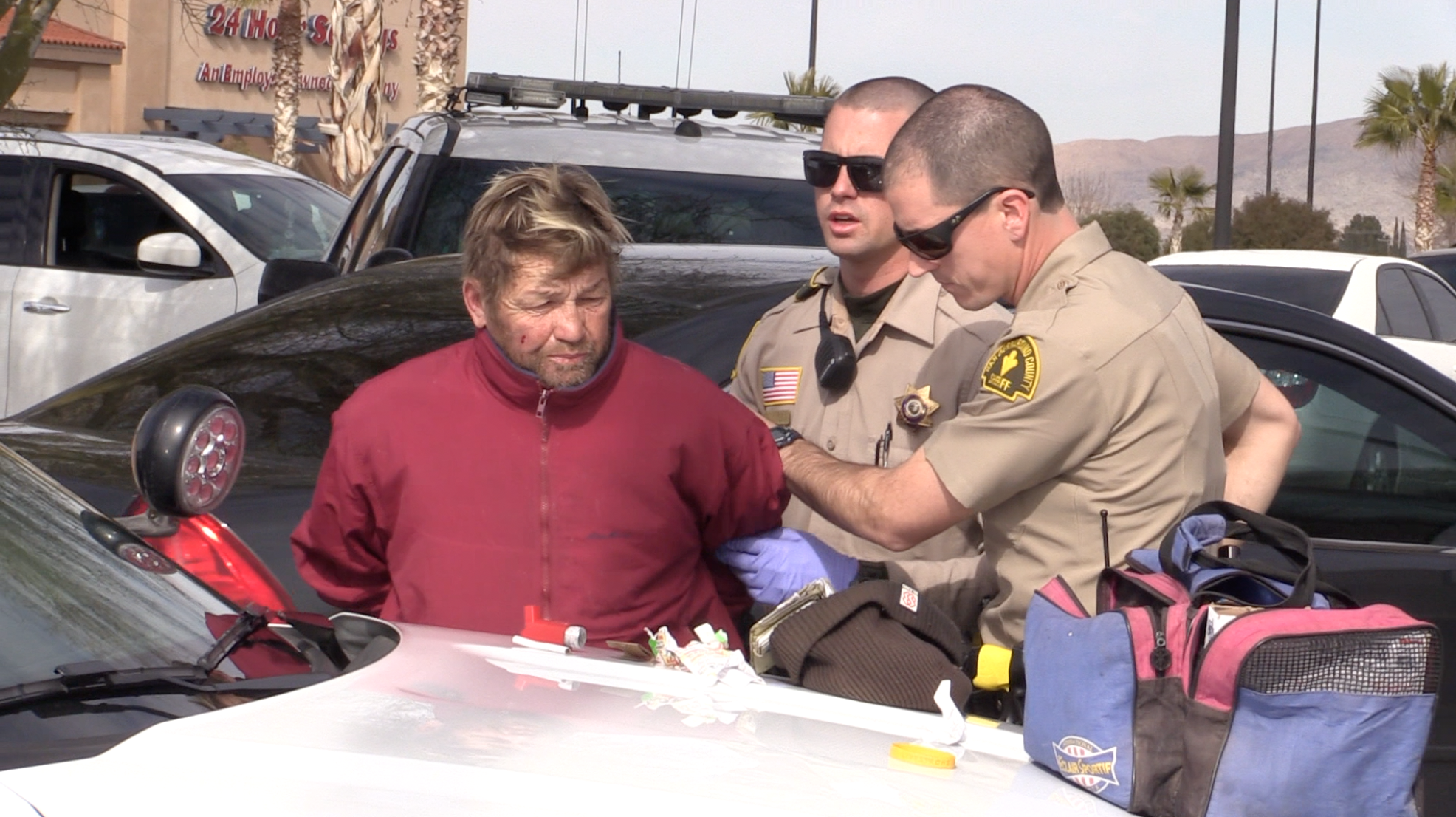 VICTORVILLE, Calif. (VVNG.com)- A man is in custody following a failed robbery attempt at a Wells Fargo Bank Thursday afternoon.

At approximately 12:30 p.m., Sheriff’s dispatch received a report of a robbery inside the Wells Fargo branch located at 15368 Roy Rogers Drive.

Per scanner reports, a branch manager called dispatch and reported a teller was being robbed by a male wearing a beanie, black sunglasses, and a red jacket. No weapon was seen.

Four tellers, six bankers, and six customers were inside the bank during the attempted robbery, per scanner traffic.

Officers arrived within minutes and set-up a perimeter surrounding the branch. Heavily armed officers entered the branch through the front door and moments later the handcuffed suspect was brought out by deputies from inside the branch.

No injuries were reported by civilians, officers, or the suspect.

The branch will remain closed for 1-2 hours while authorities investigate the incident.