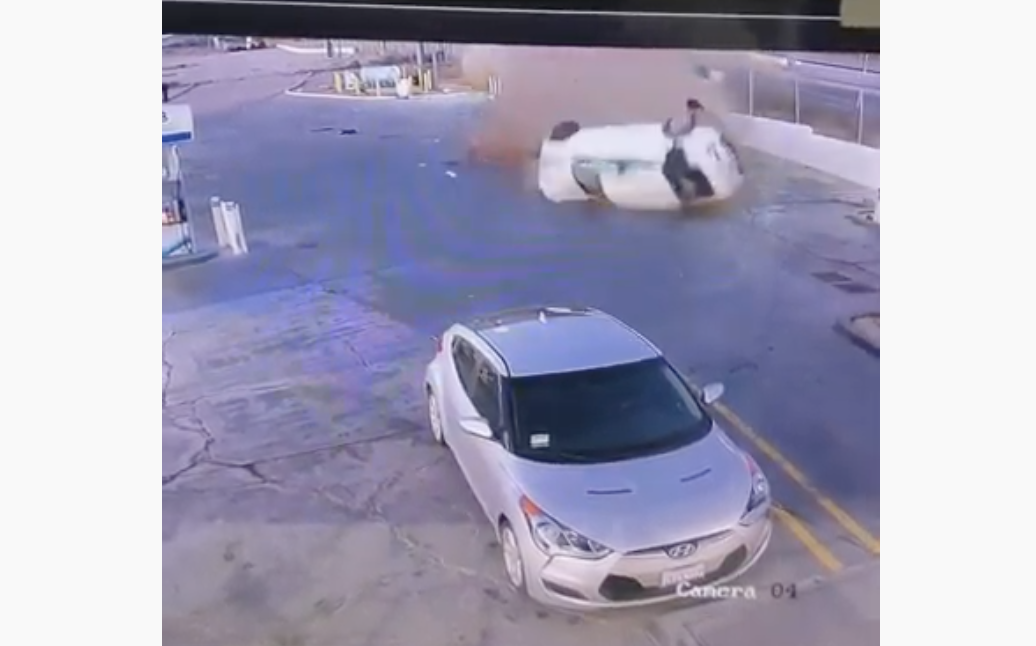 HESPERIA, Calif. (VVNG.com) — Shocking surveillance video captured a vehicle that rolled off the I-15 freeway and landed in a Chevron parking lot Sunday morning.

Bill Van Heest was working inside the Chevron and shared about the accident along with photos and a surveillance video from the business.

“Earlier this morning a car came off the 15 freeway north at Oak Hills, it crashed into a pickup on the freeway and came through the fence of my Chevron,” stated Bill.

Bill said the vehicle rolled at least four times before it smashed into his car and the Chevron. “The only person in the car was cut out of vehicle and taken by ground to the hospital by ambulance,” he stated.

According to Bill, the female driver was not responding to him for bout 5 minutes but finally answered him as the ambulance arrived and she was the only person in the car.

The official cause of the accident remains under investigation by the California Highway Patrol. Anyone with information is asked to call 760-241-1186.