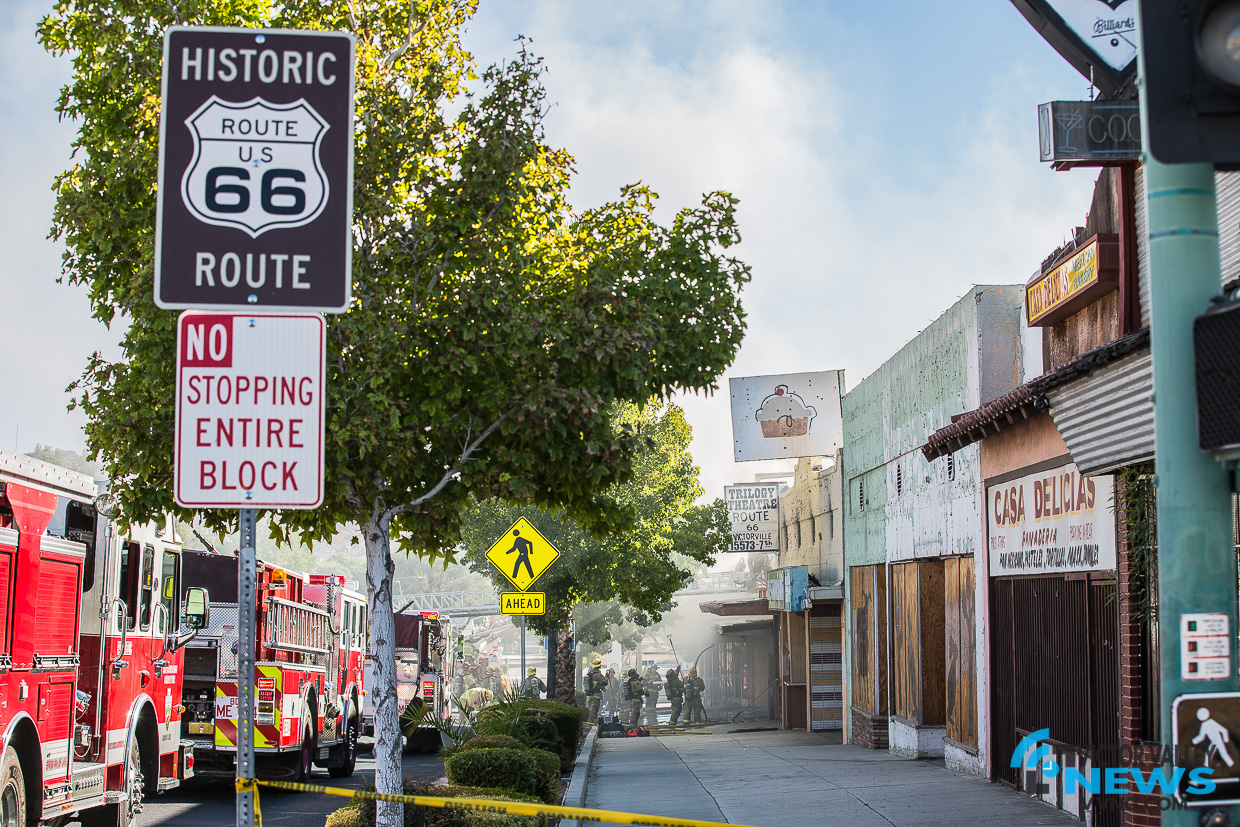 It happened on August 23, 2018, at about 7:00 am, in a strip mall with several historic buildings along 7th Street between C and D Streets. The fire sent a thick plume of black smoke billowing into the sky that could be seen throughout the Victor Valley.

CHP helicopter H-80 responded to the fire and provided responding ground crews with aerial support of the fire conditions from above.

Company 311 and Battalion 119 arrived within four minutes and reported a single story, multi-occupancy commercial strip mall with heavy smoke showing from the front, rear, and roof. Crews initiated an offensive interior attack with support of truck crews from the roof above. A second alarm was quickly requested due to fire conditions, building configuration, and potential for significant spread into adjacent units. The second alarm brought additional county resources from surrounding high desert communities.

Initial priorities on the incident were to search for any potential victims, suppress and contain the interior fire. Upon entry firefighters encountered diminished visibility with significant heat and smoke. As interior fire attack was initiated, truck crews gained access to the roof with the objective of vertical ventilation to improve conditions for firefighters inside. While multiple offensive heat holes were placed, roof conditions deteriorated on the rear portion of the building to the point where offensive ventilation operations could not continue. Due to poor conditions and heat, interior firefighters could not reach the bulk of the fire which was located to the rear and in the attic. A zone retreat was conducted on the involved unit. 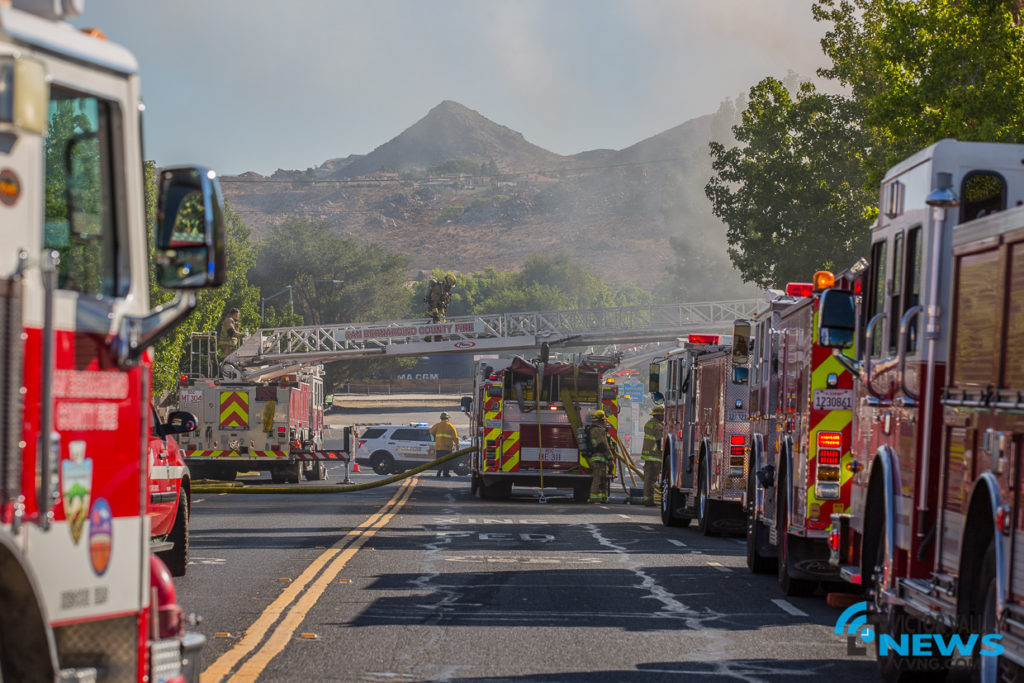 Firefighters transitioned to a defensive operation which included an elevated master stream, deck guns, and multiple handlines attacking the fire from the ground and adjacent roof. At this point priorities were to contain the fire to the original unit and limit lateral spread. Fire attack was further hindered by board up conditions in the involved unit which was vacant and confirmed by firefighters via primary search to be unoccupied. Firefighters had the fire under control in approximately two hours.

Multiple County Fire resources were requested from surrounding divisions in the east and west valley to assist with station coverage. During the incident’s progression seamless coverage was establish by cover engines from other county service areas including San Bernardino City, Bloomington, Fontana, and Adelanto. Apple Valley Fire District also provided an engine for coverage. 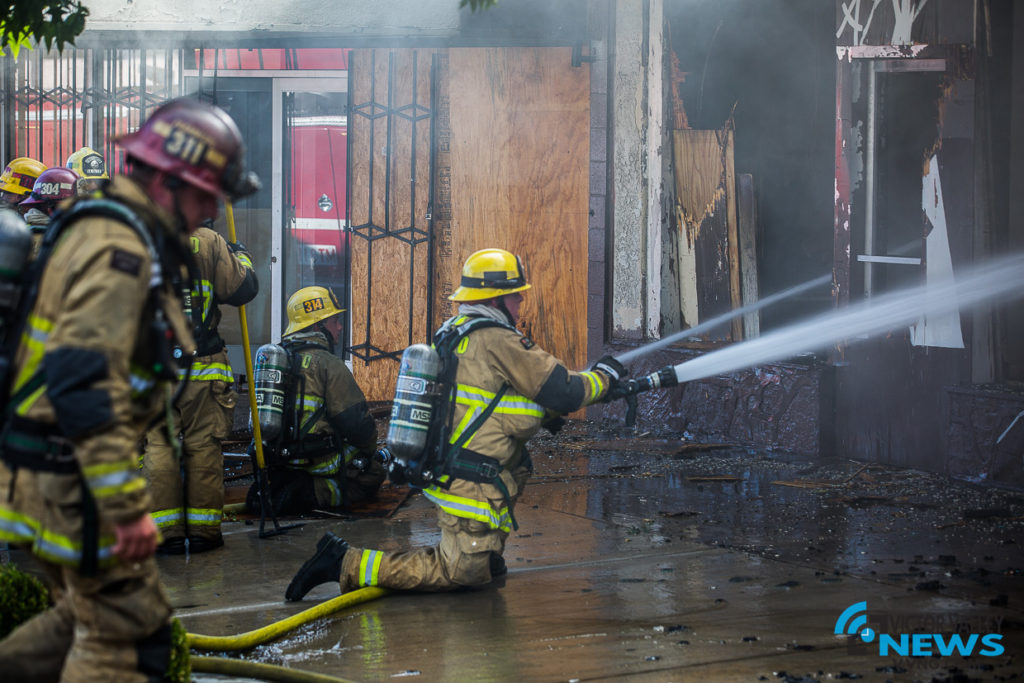 Two truck companies, eight engines, four chief officers, one squad, one heavy rescue, and one investigator for a total of approximately 40 personnel responded to the incident. No damage estimates were available at the time of release; the cause remains under investigation. No injuries to civilians were reported. Aerial footage from the video was provided by CHP helicopter H-80. 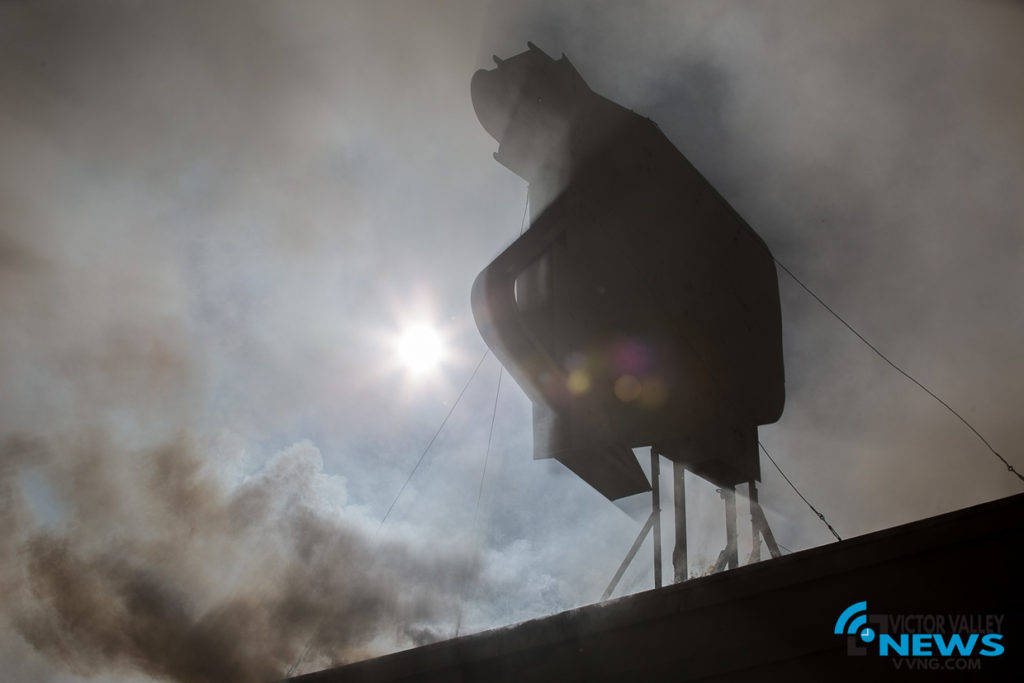 DUI suspected in Saturday night crash that injured 3 in Hesperia