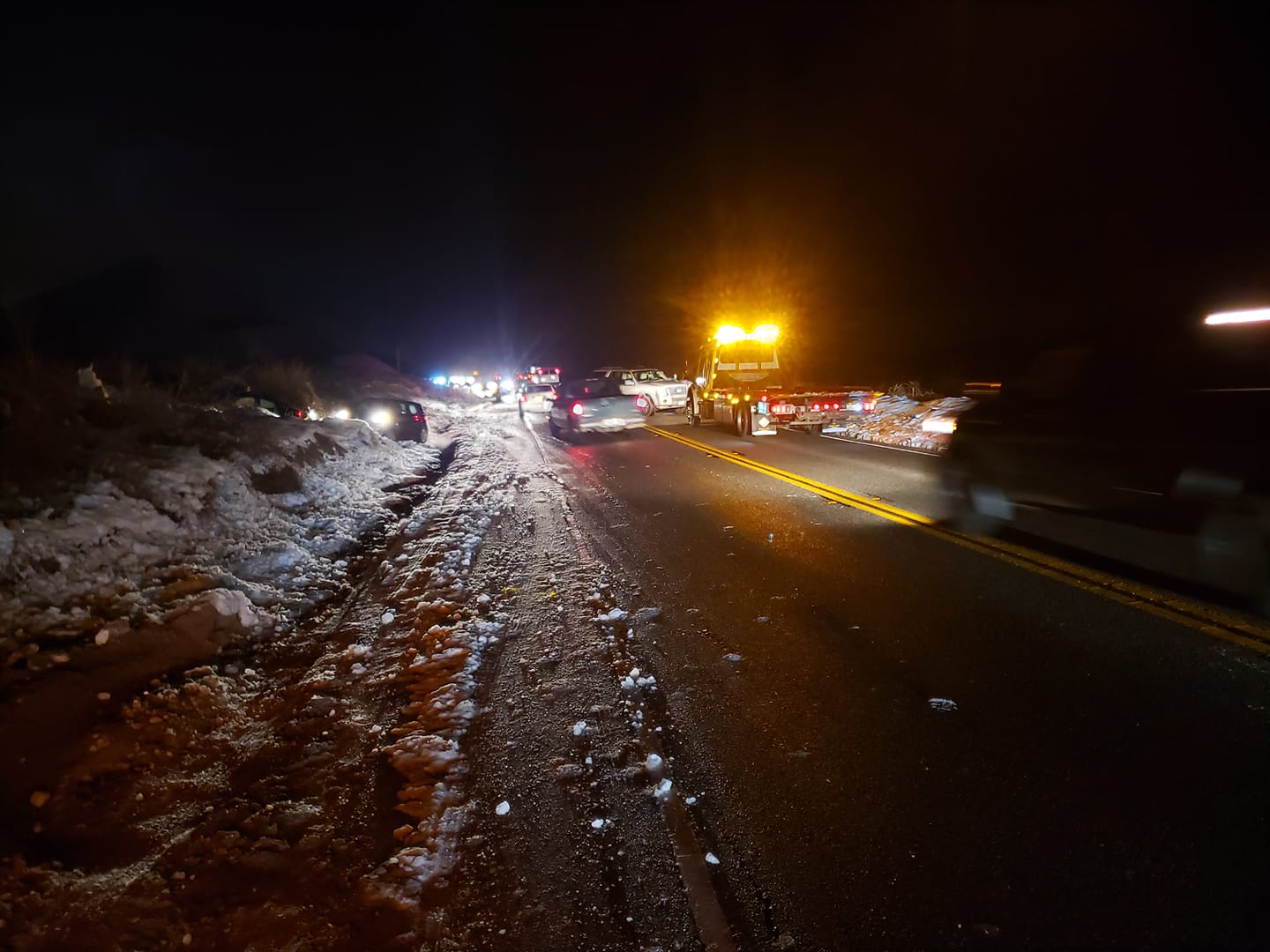 Black ice occurs when snow melts (especially during the day), but yet the road stays a little wet, and then with a colder evening, the water refreezes.

“This can be difficult to see because the layer of ice is very thin, yet still dangerous to drivers or pedestrians! Be careful if you’re in the mountains or high deserts tonight,” stated the National Weather Service.

Motorists in the town of Phelan are being advised to take extra precautions if traveling on Phelan Road between Beekly and Sheep Creek Roads. The roadway is reported to be very icy and multiple vehicles have spun out. Similar issues have also been reported on the eastbound Highway 138.

Black ice forms readily on bridges, overpasses and the road beneath the overpasses. This is because the cold air is able to cool both the top and under the bridge or overpass, bringing about faster freezing.

The Mojave Narrows Bridge connecting Victorville to Apple Valley was shut down early Friday morning after several motorists were involved in collisions. The Town of Apple Valley experienced a similar issue with black ice on the Rock Springs Bridge prompting officials to also shut it down for several hours.

Motorists on Main Street near Escondido Avenue in Hesperia have also reported multiple spinouts near the aqueduct.

Overnight temperatures in the Victor Valley are expected to dip to the High 20’s.

Deal with a black ice encounter:

If you do hit black ice, your first reaction must be to remain calm and avoid overreacting. The general rule is to do as little as possible and allow the car to pass over the ice. Do not hit the brakes, and try to keep the steering wheel straight. If you feel the back end of your car sliding left or right, make a very gentle turn of the steering wheel in the same direction. If you try to struggle against it by steering in the opposite direction, you risk skidding or spinning out.

Visit the following link for more tips on encountering black ice on the roads: How to Drive on Black Ice